Six Years and No College Degree 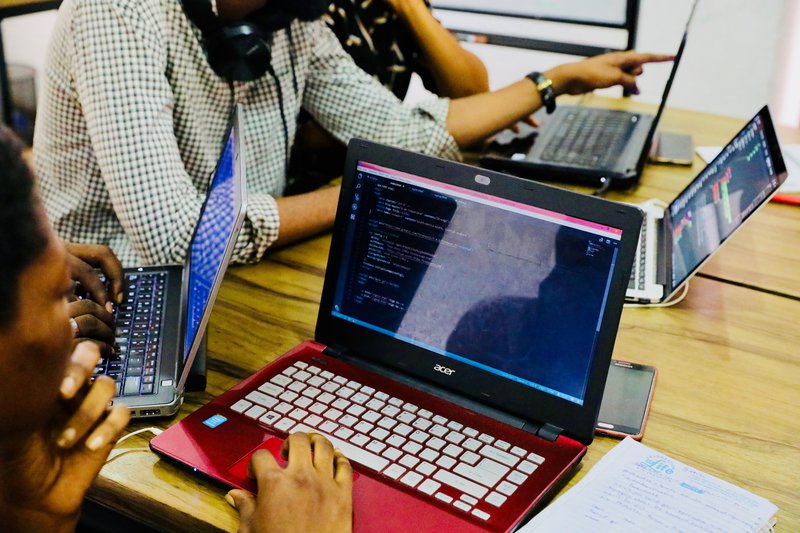 Photo by heylagostechie on Unsplash

More than 36 million Americans can claim some college but no degree. Luke Evans is one of them.[1] In a recent study, Lumina found that more than 47 percent of surveyed adults dropped out of a bachelor’s degree program. Of those with at least two years’ worth of college but no degree, 17 percent of non-completers had enrolled seven years or more prior. With over sixty credits to his name, Evans’ story is not usual. But it illustrates many of the pressures—and some of the solutions—to college attrition.

As a high school student, Evans already started thinking about college. He took a math class at Rochester College, an institution known for welcoming homeschooled students like Evans. Dual enrollment programs can be a great way for high school students to jump-start earning college credits. But about $1000 later, Evans discovered that his local community college wouldn’t accept those credits. Those lost credits still haunt him. “It might have motivated me to finish my bachelor’s degree if I’d been closer to an associate as a sophomore,” says Evans.

When Evans enrolled at Macomb Community College in 2012, he was working full time and living on his own. Lacking a clear sense of his degree path, Evans enrolled in general education courses. “It felt like I was swimming around in a sea of degrees,” says Evans, “I wasn’t thinking about what credits would actually transfer.” All he knew was that college was something everyone was supposed to do.

In 2015, Evans transferred from Macomb Community College to Oakland University with a 3.7 GPA and about 60 credits to his name. He finally decided on a B.S. in General Management. While Macomb Community College does offer a General Business associate degree and has a transfer pathway to Oakland, Evans didn’t have a career counselor while he was there, and so he never received the counseling he needed to know what would transfer. Upon transferring, Evans soon discovered that many of his prior general education credits, including those in mathematics, did not satisfy Oakland’s requirements.

Gateway courses make or break success in college. Evans had heard that an inordinate number of students failed Oakland University’s remedial math courses, and a rumor circulated that Oakland’s Math Department was under investigation. Many Math Departments face such challenges, as high failure rates are a national problem. Approximately 50 percent of students fail to pass college algebra with a grade of C or above each year. “If students are stuck on the math,” says Daniel Steffy, an associate professor at Oakland University’s Math Department, “It can be what blocks them from achieving their degree.” Unfortunately, first-generation, low-income, and minority students experience disproportionate failure rates in such gateway courses.

In the last few years, Oakland’s Math Department has taken measures to improve success rates in gateway courses, including shifting to a smaller class size and a lecture-workshop model. Lectures now encourage interaction—students can use their phones to get instant feedback on questions—and the workshops allow for small-group work. These measures, notes Steffy, have improved success rates. For many students, however, math itself isn’t the only problem. Time management, math anxieties, or negative attitudes can all handicap performance, notes Steffy. He encourages struggling students to take advantage of university resources and reach out for help. Frustrated by high costs and his lack of degree progress, Evans decided to transfer to Walsh College.

With a full-time job, Evans could only enroll part-time. Worse, he once again lost credits in the transfer and was once again forced to retake general education courses. Despite having 113 credits under his belt, Evans eventually stopped taking classes. “Technically,” Evans joked, “I still might be enrolled at Walsh.” But he’s in good company. The college dropout rate at 4-Year Private Colleges like Walsh is about 20 percent.

Evans’ ongoing success in the workforce only reinforced the feeling that college wasn’t for him. As an employee of a local building inspection company, he had received on-site training and attained industry certification as an inspector. Evans continues to take industry classes and pursue certifications that tangibly benefit his career. “If I was unemployed or my college debt was reduced, I might consider going back to school,” said Evans, “But I make more money now than most of my friends with four-year degrees.”

College does not need to be an all-or-nothing affair. Though Evans has no plans to finish his bachelor’s degree, he’ll soon join the ranks of those with a college degree. A few months ago, he discovered that Macomb Community College offers a reverse transfer pathway, and he qualifies for a retroactively awarded associate degree. “It’s a relief to finally have something to show for all those years in school,” Evans said.

There are many reasons why students stop short of completing their degrees, but colleges can take steps to help their students make it to graduation. Early career guidance, clear transfer pathways, accessible gateway courses, and more flexible degree plans can help more students leave college with degree in hand.