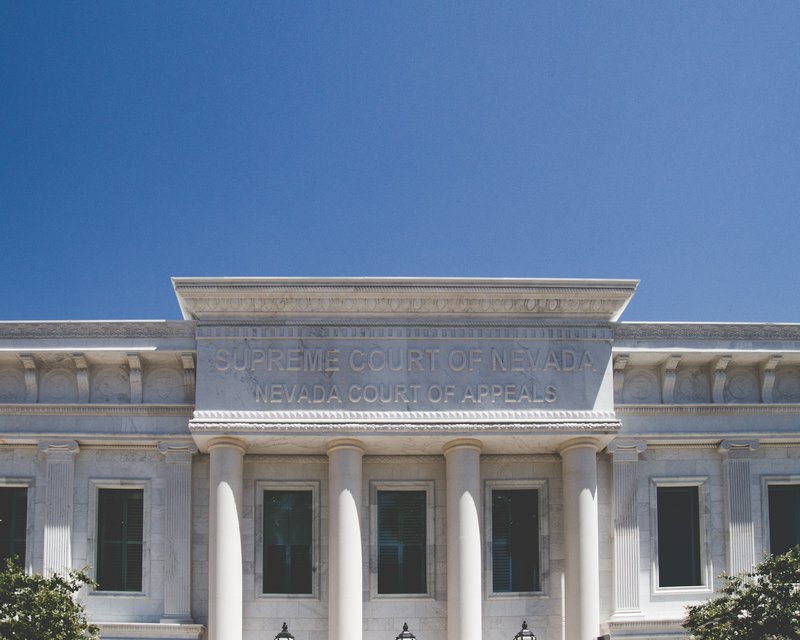 Photo by NeONBRAND on Unsplash

Following months of anti-transgender legislation and contentious debates around LGBTQ+ student rights, Nevada took a big step forward last week by becoming the sixth state to require schools to teach a history and social science curriculum inclusive of LGBTQ+ people and identities. In many ways, Assembly Bill 2621 mirrors efforts of other states that have already passed such legislation, many of which require the inclusion of not only LGBTQ+ people in history texts, but also Black, Native, and Indigenous people and people with disabilities.

According to GLSEN, five other states already have laws on the books requiring K-12 instructional materials to include and represent LGBTQ+ people and identities. One key difference, however, that sets the new Nevada law apart is its mandate for inclusive content starting in kindergarten. Where some other states have considered and defined inclusion for upper grades only, Nevada’s law prompts new questions about how we ought to think about inclusive content. This move also begs questions about inclusive curriculum laws more broadly: how exactly is ‘inclusion’ defined and how do these differing definitions impact what instructional content will look like in each state? This blog post explores some of the details and implications of LGBTQ+ inclusive curriculum in the six states that now require it—California, New Jersey, Colorado, Oregon, Illinois, and Nevada.

California was the first state to require that the teaching of history and social science accurately portrays LGBTQ+ people and their identities. The FAIR Education Act was passed in 2011 and mandates that instructional content be fair, accurate, inclusive, and representative of minoritized communities, including LGBTQ+ populations. Over the following six years, state leaders worked to develop the History and Social Science Framework that now guides this inclusive content. The framework informed development of the first new textbooks, which teachers began using in classrooms during the 2017-2018 school year. Although it wasn’t mandated as in Nevada’s new law, this framework shapes instruction beginning in kindergarten, with lessons on varying family structures and what it means to work together. In these earlier grades, LGBTQ+ inclusive content might look like lessons about different family structures, for example. This content, while sometimes not thought of as specifically LGBTQ+ inclusive, is typically what inclusion looks like for young students; developing self- and community-awareness are inherently inclusive practices that help students begin to understand similarities and differences in the world around them. For older grades, the framework mandates what might be more obviously-inclusive content, such as lessons about LGBTQ+ historical figures.

In 2019, New Jersey became the second state to sign an LGBTQ+ inclusive curriculum bill into law, which was set to take effect during the 2020-2021 school year. As in California, NJ’s law requires the teaching and accurate representation of both people of gender and sexual minorities and people with disabilities. Unlike in California, New Jersey’s law provides only finite guidance, delegating the power to the state’s individual school boards to decide what exactly “inclusion” means to them and what guidance they will provide to schools around teaching this content. Beginning this year, the state partnered with local advocacy group Garden State Equality to launch a pilot program at 12 schools using new instructional materials in history, English language arts, science, and math.

Colorado’s inclusive curriculum bill, signed into law in 2019, stands out as not only requiring schools to teach inclusive content, but also authorizes the state to provide funding to do so. House Bill 246 requires that textbooks adopted as part of the state’s textbook block grant program include LGBTQ+ people, Native and Indigenous people, and people with disabilities. State leaders are now in the midst of a scheduled six year review of “education standards so that those standards and programs accurately reflect the history, culture, social contributions, and civil government of the United States and Colorado,” including the minority groups named in the bill. Meanwhile, a number of districts in the state, such as Denver Public Schools, recognize the urgency for this type of content and are urgently looking to outside groups for inclusive instructional materials while the state review process is underway.

Similar to Colorado, Oregon’s inclusive curriculum bill was signed into law in 2019 and state leaders are currently amidst a review process to select and curate instructional materials to meet the needs outlined in the state’s LGBTQ2SIA+ Student Success Plan. Unlike many other states, Oregon’s plan is intentionally intersectional, meaning that it not only seeks to include and represent people of minority identities, but also individuals who hold multiple marginalized identities. The title itself was expanded from what many other states have called this work to include two-spirit people, a designated third gender revered among Native and Indigenous communities, particularly in the Pacific Northwest. Of note, Oregon is also the first state to pass a law requiring schools to teach tribal and Indigenous history. The comprehensive LGBTQ2SIA+ Student Success Plan was developed by coalitions of state leaders, advocacy groups, and student representatives with the intention of providing a holistic view of what it takes to implement inclusive content effectively.

Illinois, like California and Colorado, passed a law in 2019, focused primarily on history and social science. The law, which took effect beginning in the 2020-2021 school year, requires that history textbooks include the contributions of LGBTQ+ people. Adoption in the state has followed a now-typical process for facilitating this work; a coalition of advocacy groups was formed, known as the Illinois Inclusive Curriculum Advisory Council, and will work together to decide on content. While the law does not mention specific grade levels or intersectionalities, the materials developed by the advisory council spans K-12 and incorporate histories of people of various racial and religious identities and people with disabilities. Because the law is still recent, there is not yet data on which schools will adopt and teach this material first or the degree to which it will be present in textbooks.

Finally, Nevada last week became the sixth state to pass a law mandating LGBTQ+ inclusive curriculum and, like Oregon, specifically includes contributions of LGBTQ+ people, Native and Indigenous people, people of minority racial groups, and people with disabilities to science and history. While other states, such as New Jersey and Illinois, have created inclusive content that spans kindergarten through 12th grade, the legal code in those states does not mandate it at specific grade levels. Nevada’s law, however, requires that inclusive history be taught beginning in kindergarten—a big step forward on an issue that is often the most contentious when it comes to early and elementary education. Other states will likely look to Nevada as it moves through implementation.

As the U.S. Department of Education continues to revoke Trump-era policies that restricted rights for these students, more states are considering next steps. Indeed many are looking to each of these six as examples of how inclusion can and should be considered in K-12 schools broadly. They are also seeking examples of what to put into the curriculum specifically, and what it looks like to implement and prioritize inclusion. Critical to this work is equipping teachers with the skills to teach about these topics, funding new materials where they’re needed, and fostering cooperative collaboration among advocacy groups, state leaders and education leaders. As Nevada begins the sixth lengthy content review process to take place at the state level, let’s hope these conversations help create an even broader definition of inclusion that serves as manys students as possible.