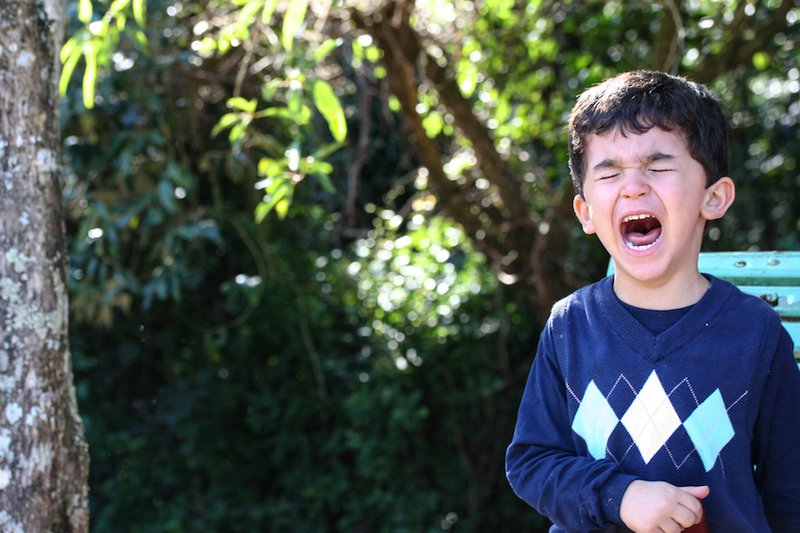 At the beginning of each school year, I would administer a couple of quick individual tests to my kindergarten students to gain an idea of where the students were in their math and literacy skills. Which students entered the classroom on day one already able to count to 10? What about 20? Which students could already name all the uppercase letters of the alphabet? Could they also name the letter sounds? While this information was helpful for learning the strengths and growth areas of my individual students, I wasn’t too worried about my students who entered kindergarten a bit behind in their math or literacy skills. After all, I had a whole school year to work with them and ensure that they left my classroom fully prepared for first grade.

The students that did worry me were the ones who started kindergarten lacking important social-emotional skills. Students lacking social-emotional skills experience challenges in following directions, managing their emotions, and getting along with other children and the adults that share their classroom. As a teacher, I knew that these skills were more difficult to instill in my students than the basic math and literacy skills that would be covered throughout the school year. But these, and other, skills for success are equally important. In fact, research suggests that social-emotional skills are significantly associated with children’s academic success and productivity in the classroom. It’s also now known that children from low-income families are less likely to enter school with these skills than their more affluent peers and this gap only widens with time. Now, a new study from researchers at Johns Hopkins University, in collaboration with the Baltimore Education Research Consortium, provides further evidence of the high costs of entering kindergarten without these important social-emotional skills.

The study examined the relationship between kindergarteners’ social-emotional readiness and key educational outcomes in more than 9,000 elementary school students enrolled in Baltimore City Public Schools. In the study, the social-emotional skills of incoming kindergarten students were measured against the Personal and Social Development domain of the Maryland Model for School Readiness (MMSR). The MMSR is an assessment tool developed by the University of Michigan to determine children’s readiness for school, and the Personal and Social Development domain includes indicators such as, “Follows classroom rules and routines” and “Participates cooperatively in group activities.” After observing student behavior, teachers rated students on each indicator and the student raw scores translated into one of three categories: Developing, Approaching, or Fully Ready. For purposes of this study, students whose personal and social development scores placed them in the Developing or Approaching category were labeled as “Not Ready” socially and behaviorally for kindergarten while students falling in the Fully Ready category were labeled as “Ready.”

The researchers found large differences in the students who scored in the Developing or Approaching Ranges (Not Ready) and their Fully Ready peers. Students rated as Not Ready were more likely to be male and low-income while being less likely to have attended a formal pre-K program. But what’s most interesting about the study is what the researchers found when they tracked these students through the fourth grade. It turns out that, by the fourth grade, students who entered kindergarten behind in social-emotional skills (the “Not Ready” group) were:

The researchers also found that the most consistent characteristic associated with all three of these outcomes was being a male student. Notably, social-emotional readiness in kindergarten was a significant predictor of grade retention even after controlling for student scores on the other readiness domains of the MMSR, such as language and literacy development, cognition and general knowledge, and physical development and health.

Like all studies, this one comes with some limitations that must be taken into account. For example, all of the more than 9,000 students who were followed from kindergarten to fourth grade were enrolled in Baltimore City Public Schools. Since the students studied do not constitute a nationally representative sample, we should be careful in making national policy recommendations based on these data alone. Also, the Personal and Social Development domain of the MMSR that was used to rank the students as “Ready” or “Not Ready” is heavily dependent on teachers’ subjective assessments of student behavior. Some research suggests that what teachers judge to be acceptable behavior can be influenced by their own cultural perspective, which could disadvantage minority and male students.

Taking at face value the fact that students who enter kindergarten behind in social-emotional development are more likely to experience negative school outcomes, what actions can be taken to ensure that more students enter kindergarten equipped with the skills needed for success? In a press release, Deborah Gross, one of the report’s authors, stated that the results “show how critical social and behavioral skills are for learning, how early the struggle begins for young children, and how important it is to address the problem of social-behavioral readiness well before children enter kindergarten.” Certainly one component to addressing the problem is ensuring that more children have access to high-quality pre-K programs. Currently, only about 39 percent of four-year-olds and 12 percent of three-year-olds are enrolled in either state-funded pre-K or Head Start. A study of Boston’s pre-K program found small, but positive impacts on students’ executive functioning and emotion recognition.

Once students leave pre-K programs and enter the formal K-12 education system, their social-emotional skills should be developed just like their math and literacy skills. One way states can support this development is to set social-emotional learning standards with indicators at each grade level that note what students should know and be able to do. As our recent From Crawling to Walking report found, currently only six states meet this benchmark for students up through third grade.

As I realized early on in my teaching career, developing the social-emotional skills of students is difficult work. And investing in increased access to high-quality pre-K and parenting programs doesn’t come cheap. But what this study illustrates is that ignoring the social-emotional deficits of young children could ultimately cost more in the long run in the form of grade retention and special education services. "