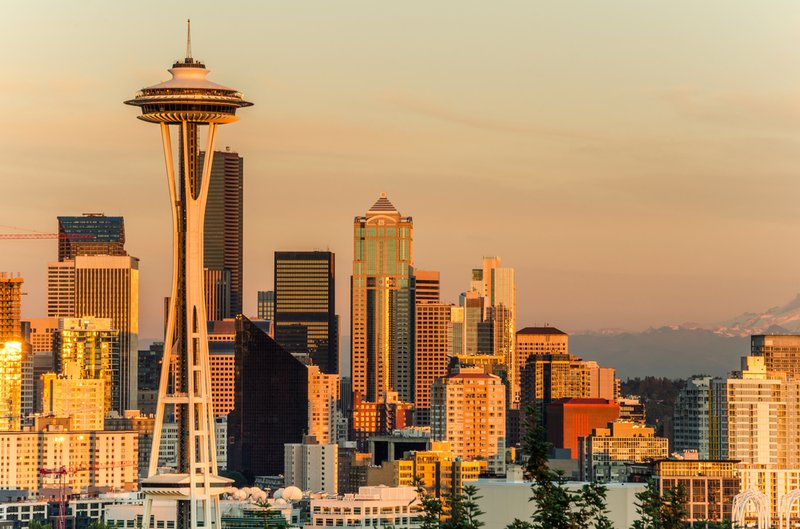 While most of the country’s obsessive politics-watchers will be surveying a variety of hotly contested Senate, House, and gubernatorial races on November 4, the early education community will have an eye trained on Seattle, Washington. Voters there will have not one, but two early education programs on the ballot.

Proposition 1A would raise the wages of child care workers to $15 per hour and at a faster rate than Seattle’s recently passed minimum wage increase. It would also set training requirements for child care workers (but does not require bachelor’s degrees). It specifies no plan to raise the necessary revenue to support the changes.

Proposition 1B would hike property taxes for four years to raise $58 million for expanding pre-K access for both 3- and 4-year-olds. These funds would support a steadily growing pre-K program serving “2,000 students in 100 classrooms by 2018.” The city would use these funds as leverage to increase the quality of instruction in the demonstration program. Teachers would be required to have a B.A. and would be paid comparably to Seattle kindergarten teachers. They would also receive professional development and tuition support for further training for teachers. The city would fully subsidize tuition for children from families living under 300 percent of the federal poverty line — and offer a sliding tuition scale for families above that line. (Note: there’s a longer summary of Proposition 1B here.)

Whatever Seattle voters decide about pre-K tomorrow, they're fortunate to have a choice—Proposition 1B—that includes a thoughtfully designed early education program. Amidst all the political excitement about pre-K in recent years, some local efforts to expand access have treated like a vaccinatory cure-all. That is, they first talk about the research on high-quality early education in glowing terms and then act as though a new pre-K program is simply a matter of securing the funds for new seats.

By contrast, points out Teachers United director of policy Sarah Margeson, Seattle is building slowly, with quality in mind:

[S]ome opponents argue the scope of the program is limited by the objective of serving 2,000 kids by 2018.  However, it is critical to remember this is a four-year demonstration phase with the ultimate goal of serving all 3- and 4-year-olds through a careful, measured ramp-up to inform program improvement to scale.

The effort began with a 2013 City Council resolution that charged the city’s Office of Education with developing a plan for building universal pre-K. Margeson notes that the resulting process involved detailed analysis of existing pre-K slots and projected demand, consultation with early education experts, research in other cities expanding pre-K, and ongoing dialogue with the city’s early education stakeholders. Margeson also noted that the proposition would also allow the city to “promote evidence-based curricula...with a successful track record. Guiding curricula ensures they are developmentally appropriate [and] focused on particular skills such as language, math, and socio-emotional skills.”

Whatever Seattle voters decide about pre-K tomorrow, they're fortunate to have a choice—Proposition 1B—that includes a thoughtfully designed early education program.

To see how that stacks up against other recent efforts to expand pre-K, consider the tales of two other cities: San Antonio and New York.

But most of all, I fell for the city's growing pre-K program. It started to take shape in 2011, when then-Mayor Julian Castro began pitching early education as a lever for increasing social mobility and supporting working families. He articulated specific achievement goals for the program in the short- and long-term, and asked the city to raise its sales tax slightly to expand its pre-K slots to serve a total of 22,400 students over eight years. The voters backed the hike, and San Antonio charged ahead to fulfill Castro's vision. This year, the program has a budget of $38 million and is serving 1,500 4-year-olds in its second academic year.

This funded the building of four new pre-K centers and competitive grants supporting existing pre-K programs. By 2016, the city will serve a total of around 4,000 children each year. The staff are all highly credentialed, paid relatively well (especially compared with the low standards of U.S. early childhood education), and supported throughout the day and year. The centers are glistening and well-resourced. And it's just anecdotal, of course, but it's also the most important thing: The kids I saw there were enthusiastic and happy.

The new funding also supported parent training sessions and a series of professional development opportunities for district officials trying to adjust their K-12 offerings to maximize the gains from the new pre-K program.

Conversations with administrators at the pre-K sites were extraordinary too. Not because they touted their accomplishments, but because they're honest about what they've accomplished and what they have yet to do. They talk about how they're proud of recent improvements, but say that they're "still a long way from where [they] want to be."

That meant that the de Blasio administration had only five months to develop and implement a pre-K expansion that was equivalent to building Washington, D.C.'s high-quality universal program more than 2.5 times over—and it took D.C. most of the last six years to build its program to this size.

Compared to New York, though, San Antonio is moving at a snail's pace. Last fall, then-mayoral candidate Bill de Blasio campaigned on a plan to dramatically expand the city's pre-K programs — by approximately 50,000 seats in a two-year period. After being elected, he fought with state policymakers in Albany for several months over the source of the revenues. Eventually, the state agreed to fund the program to the tune of $300 million in the first year, and a total of $1.5 billion over five years.

That meant that the de Blasio administration had only five months to develop and implement a pre-K expansion that was equivalent to building Washington, D.C.'s high-quality universal program (~12,000 students) more than 2.5 times over—and it took D.C. most of the last six years to build its program to this size (Disclosure: my son enrolled in D.C.'s public pre-K in August).

Or to put it another way, New York City is trying to add more new pre-K seats in five months than currently exist in the entire state of Michigan. This has left the new mayor with a host of implementation challenges -- some more public than others. As I wrote in a Talking Points Memo column in September,

[The] administration has been scrambling to solve the problems it can and put off or swat away those it can’t. There have been serious implementation challenges with all of the program's basic elements: finding safe spaces to house the program, hiring and preparing high-quality teachers, and finessing concerns over blurring church-state lines, and more.

This hasn’t been easy. Despite the huge top-line funding numbers, the city is trying to run the pre-K expansion at a cost of around $10,000 per student. For context: That’s more or less exactly the amount that Seattle’s Proposition 1B would spend, and $5,000 less per student than Washington, D.C. spends.

At the end of the day, though, money still isn’t as a big an issue as the shortage of time. For instance, in a January 2014 planning document explaining plans and priorities for implementing universal pre-K in the city, the administration promised to make English language learners a priority. It wasn’t clear at the time what they planned to do, and there has been little clarification since. The administration recently contracted with Bank Street’s National Center on Cultural and Linguistic Responsiveness to run three days of professional development for pre-K teachers this fall, but that’s hardly living up to the expansive promises the administration made while selling the pre-K expansion.

The program that is being proposed has evolved since the city passed the "Preschool for All" resolution in 2013. While Seattle shares New York's laudable goal of ultimately offering "universal" pre-K, the city realized that to create a successful program it was important to start slow and build with quality in mind. Everyone feels such an urgency because kids grow so fast but I think, "first, do no harm" is a good mantra for anything that involves children.

Whatever Seattle voters decide tomorrow, it’s important to keep in mind that early education quality takes time, expertise, and serious effort. It's easy to love the idea of high-quality pre-K. But, as an assistant director of one of San Antonio’s pre-K centers told me, "It's not easy to get this right at the beginning—especially when we're growing it so fast."