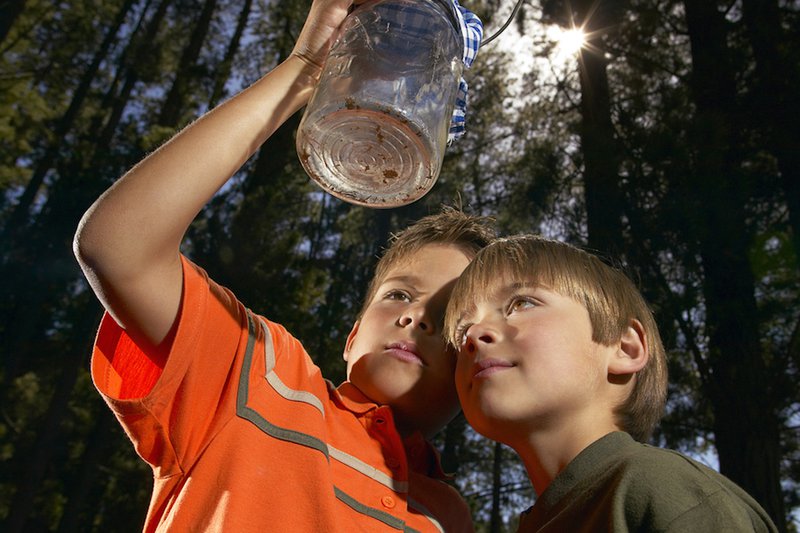 We talk a lot about the word gap in the early education community and for good reason. After all, the fact that many children from low-income families enter kindergarten already at a disadvantage is a big deal and one that speaks to the need for early intervention efforts. What garners much less attention is the possibility of an early gap in science knowledge. But such a gap is real and major investments are now being made to push more students into science, technology, engineering, and mathematics (STEM) careers that are expected to grow in number over the next few decades.

Do science gaps, much like literacy gaps, emerge before students even begin kindergarten? New research suggests that this might be the case. Specifically, the research finds that many minority and low-income children enter kindergarten with a relatively low level of general knowledge of the world around them. That lack of general knowledge appears to persist into first grade and turn into a science achievement gap by the time students are formally assessed in science in the third grade. And once those science achievement gaps appear in third grade they appear to be fairly stable through the eighth grade.

Before getting into the study’s implications, here’s a little more information about the research. A team of researchers from Penn State and UC-Irvine analyzed data from the National Center for Education Statistics on over 7,750 children from kindergarten entry to the end of eighth grade. In both kindergarten and first grade a general knowledge test was administered to all students to assess children’s understanding of the physical, biological, and social sciences. This test consisted of equal proportions of questions about science and social studies. General knowledge questions include items such as, “What do firemen do?” or “What do planes and trains have in common?” Once the students reached third, fifth, and eighth grades their science achievement was measured again using a test based on the Science Framework of the 1996 National Assessment of Educational Progress (NAEP).

But limitations aside, if we accept the study’s conclusion that a science achievement gap is evident by the time children enter kindergarten, what implications does this have for how we educate young children? Like early achievement gaps in math and literacy, there’s no easy fix to addressing the gap in young children’s general knowledge.

At the family level, parents can work to get their children excited about science by pointing out and conversing about the physical world around them, which can be as simple as noticing the way in which trees change colors in different seasons. Encouraging children to express their natural curiosity about the world and search for answers to questions is one method among many that parents can utilize to encourage scientific thinking in their children. Peggy Ashbrook, who has been teaching science to preschoolers since 1988, emphasized to me the importance of parents letting kids be in control and pursue what is interesting to them. Ashbrook pointed out that asking kids to talk about their observations not only shows that you care about the things they notice, but also keeps the subject open for future investigation. (You can find more of Ashbrook’s tips here). Even an activity as simple as cooking pancakes together can be an opportunity to learn about the differences between solids and liquids.

The fact that the science gap is especially pronounced among children from low-income families also points to the need for increasing their access to high-quality pre-K programs. Currently, only about 39 percent of four-year-olds and 12 percent of three-year-olds are enrolled in either state-funded pre-K or Head Start. Ensuring that the quality of early care and education offerings for younger children is high is also an important step.

Morgan pointed out that the study’s findings “argue for the importance of intervening early, particularly for children who may be at risk because of fewer opportunities to informally learn about science prior to beginning elementary school.” The good news is that there are signs that early intervention programs such as Head Start are beginning to realize the need for better math and science instruction at a young age. One big challenge is that to move more pre-K programs and other early care and education programs to a higher level of quality, related federal, state, and local policies will have to emphasize improving the workforce. In order to increase children’s general knowledge, teachers and other adults working with young children need to be well-versed in effectively engaging in meaningful, back and forth interactions that encourage children to explore their natural curiosities about the world. These and other core teacher competencies are detailed in the Institute of Medicine’s Transforming the Workforce report.

Other than early intervention efforts, the authors of the study make the case that systemic problems such as income inequality and school segregation perpetuate the disparities in learning opportunities and contribute to science achievement gaps. Policies that serve to reduce income inequality would likely help close the achievement gap in all subjects, not just science. And, as I wrote recently, more school districts are coming up with creative ways to increase socioeconomic diversity in schools around the country. This is promising since several studies have found multiple benefits for students attending economically integrated schools.

What this study makes clear is that we need more research into what effective science instruction looks like in the early grades and for younger children, especially for low-income minority children who might be entering school with lower levels of general knowledge than their more affluent peers. At a time when the National Academies warns that low levels of science achievement are “rapidly approaching a Category 5” in their ability to diminish the country’s global competitiveness, the country simply can’t afford for a large portion of its students to enter kindergarten already at a significant disadvantage in their science knowledge."