How Unpredictable Schedules Take a Toll on Families 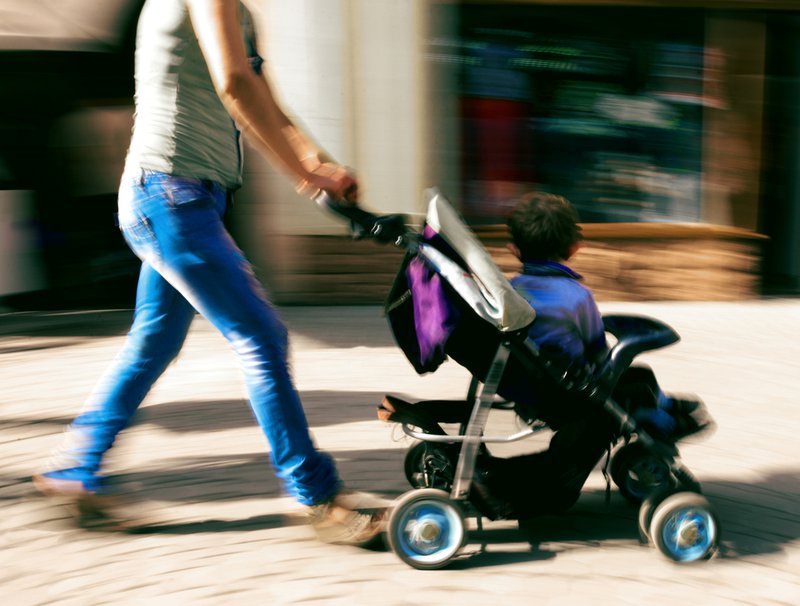 Working families face challenges each day to balance their careers with the responsibilities of parenthood. According to a report released this summer by the President’s Council of Economic Advisors, a majority of workers feel they “could do their job better if they were allowed a more flexible schedule.” For those parents with a standard  9 to 5 work day, a “more flexible schedule” might mean the ability to telecommute, take paid leave, or work less traditional hours to accommodate a child’s needs. But for many lower-wage workers – especially those with young children – who are forced to work nontraditional and unpredictable hours, a consistent weekly schedule could provide much needed stability.

Thousands of low-wage workers are subject to “just-in-time” scheduling, a practice where managers create and update employee schedules based on consumer demand. Because consumer demand is not perfectly predictable, employees’ schedules often change at the last minute, adding stress and volatility to their lives. This technology is intended to increase efficiency, and while the software might make life easier (and more profitable) for the employer, it can have negative consequences for employees.

Last month, Liza Mundy, Director of New America’s Breadwinning and Caregiving Program, led a panel discussion on how this phenomenon is impacting workers and their families. The panel included New York Times correspondent Jodi Kantor and former Zara cashier, Melody Pabon. (A full podcast of the event is available here.)

Kantor discussed her recent New York Times article, which recounts the experience of Janet Navarro, a 22-year-old Starbucks barista and single mother with a 4-year-old son. Navarro enjoyed the work, but her unstable schedule took a serious toll on the rest of her life. She rarely knew in advance when or how often she would be working the following week. Like other employees at the whim of this scheduling software, Navarro was not only called to work unexpectedly at various hours of the day (and night), but also was asked to leave some shifts early when business was slow. Some weeks she was able to work the 40 hours needed to make ends meet, and others she wouldn’t even come close.

During the panel, Pabon shared her experience working in retail, which closely mirrored Navarro’s.  Both women’s accounts reveal how this type of scheduling can trap employees in their current situation, making it difficult to get ahead. As Kantor explained, “When you don't have a predictable schedule, it’s like nothing else is possible.” Their schedules impeded them from taking second jobs and from pursuing higher education. Navarro was on her way to earning a degree but the unpredictable work hours made it almost impossible to attend class regularly. Both women needed to work as many hours as possible, and thus couldn’t afford to turn down hours for other commitments. Just-in-time scheduling didn’t just complicate their current lives, but also impacted their futures.

And while this type of scheduling can be detrimental to anyone, it can be particularly devastating for parents, who must ensure their children are cared for while they work. Both Navarro and Pabon identified child care as one of their leading stressors.  It’s difficult enough to secure affordable high-quality child care during regular business hours, let alone until midnight or starting at 4:00 in the morning on a Saturday at the last minute. Both women qualified for subsidized child care based on their income levels and utilized this option when possible. While the subsidy helped defray the cost of care, it did not make it any easier to get there. Navarro explained how she “hated waking Gavin so early, but the trip from home to day care to work took a mile-long walk, two trolleys, a bus ride and over three hours.”

And most child care centers aren’t open at the hours these workers need them, so parents often rely on friends, family members, and neighbors to watch their children when possible. This can involve shuffling children from one house to another, picking them up in the middle of the night, or even unintentionally subjecting them to unsafe environments.These informal forms of care also tend to be lower-quality than licensed, center-based care. And, when employees are asked to leave shifts early because consumer demand is low, they’ve often already secured and paid for child care. So they not only lose the wages they could have made during their scheduled shift, but also eat the cost of child care.

Just-in-time scheduling isn’t only impacting employees—it’s taking a toll on the entire family. A more stable, predictable schedule would give parents the ability to plan ahead and ensure that their children are properly cared for while they work.

Although policymakers have largely overlooked such scheduling issues in the past, there has been some progress. Over the summer, Democrats in both houses of Congress introduced the Schedules that Work Act to address some of these issues. Some states and localities are not waiting on Congress to improve workers’ conditions: Vermont and San Francisco recently passed laws protecting workers’ rights to request flexible and predictable schedules. In the meantime, corporations and managers utilizing just-in-time scheduling strategies may want to reevaluate whether they really do add to the bottom line. Recent research by MIT professor Zeynop Top demonstrates how predictable schedules for workers can actually help retailers deliver high quality services at a low cost and beat the competiton.  Just ask anyone working at a Trader Joes.

Just-in-time scheduling might help companies cut costs in the short-term, but well-trained employees who have the opportunity to balance their work and familial obligiations will deliver value to companies and customers over the long-term.