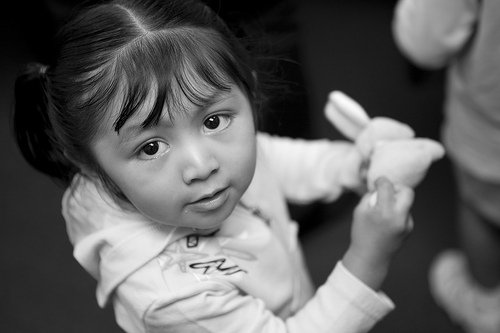 In this series, Nyhan provides a window onto four places around the country where federal grant programs, including Race to the Top-Early Learning Challenge, the Social Innovation Fund, Investing in Innovation, and Promise Neighborhoods, are triggering changes in early childhood systems. In this post, he explores the San Antonio, Texas Promise Neighborhood.

The first post in the series was “Washington Races Forward In First Year of its Early Learning Challenge Grant.” The second post was “Amid Financial Collapse, Detroit Builds a Promising Early Learning Model.” The third post was, “i3 Grant Tests the Potential & Reach of One of the Country’s Oldest PreK-3rd Programs.”

Leading up to its Promise Neighborhoods application, when school opened each fall in San Antonio’s Eastside neighborhood more than two-thirds of the kindergarten students showed up in their classrooms unprepared.

In this historic community, many preschoolers traveled informal paths to kindergarten via family, friend, or neighbor child care that was too often disconnected from curricula, professional development, and supports essential for developing early learning skills.

This disconnect was a big reason why 69 percent of Eastside’s incoming students were not ready for kindergarten, and fully 96 percent started without the necessary reading, listening, and comprehensions skills, according to the Eastside Promise Neighborhood. Even after kindergartners finished their first year of school nearly half of the students were not at grade level.

So, when the United Way of San Antonio and Bexar County drew up its winning application for a $24.6 million grant from the federal Promise Neighborhoods program, which supports comprehensive and community-based education reforms, improving kindergarten readiness was one of its main goals. In fact, the 2011 plan proposed reversing that school readiness number by the 2016-17 school year, setting the target that 66 percent of incoming kindergartners would be ready.

And progress is being made. Today, the center is being built as part of a $30 million redevelopment of Wheatley Courts. Meanwhile, the project enrolled children in satellite pre-kindergarten classrooms and created more than 100 new child care and pre-kindergarten spots for children whose parents were in job training.

Architects of the plan quickly learned, however, that boosting kindergarten readiness in poor communities is as tough as it is important. In the project’s first three years, its leaders learned a simple but crucial lesson: to listen. While leaders were listening to residents from the beginning – the federal Promise Neighborhoods program is based on the idea of community engagement – they gained traction when they invited parents to play even bigger roles.

“We have restructured how we view planning. The parents are extremely involved in planning,” said Judy Ratlief, director of operations for the Eastside Promise Neighborhood. “The greatest paradigm shift was to say to the community: Formal-based education is not the only way to raise a child, but they all must be ready for kindergarten.”

They also revisited their goals: Now, the project’s target is that 45 to 55 percent of incoming students will be prepared to start kindergarten in the 2016-17 school year.

The neighborhood’s deep, generations-spanning poverty also posed problems. Within Eastside’s 3.5 square miles, 60 percent of children live below the poverty line and nearly half of all adults are unemployed, according to the Promise application. More than 60 percent of adults don’t have a high school diploma.

But, Eastside has strengths that position the grant to succeed. Chief among those is San Antonio’s mayor, Julian Castro, who was investing in early education before the community won its initial planning grant in 2010. He is pushing his own plan to dramatically improve kindergarten readiness and aligning it with Eastside’s work.

One of the main reasons the Eastside Promise Neighborhood (EPN) plan is based, in part, on boosting kindergarten readiness is that the community lacks some basic elements of a high-quality early learning system.

For starters, there are not enough affordable child care, preschool, and pre-kindergarten programs in the neighborhood, and providers who are there don’t have access to enough resources and professional development.

“There is a dearth of skilled early education and child care providers, both among centers and FFN (the majority of care providers). This shortage, coupled with the large number of parents unable to afford early education for their children, causes most EPN children to enter kindergarten without sufficient early learning skills.” -- San Antonio Eastside Promise Neighborhood, implementation grant application.

Within the most popular child care option – family, friends and neighbors (FFN) - quality is inconsistent. So, the project focused on connecting those providers with high-quality early learning resources. It expanded Play and Learn programs – where FFN caregivers meet with an experienced early educator for developmental play and educational activities. It also plans to enroll FFN providers in a local childhood development certificate program. And it launched a 15-week class where parents can learn about childhood development.

There is a dearth of skilled early education and child care providers, both among centers and FFN (the majority of care providers).

That class addressed the need for better parental support in Eastside. Parents lacked critical information about their child’s health milestones, nutritious meals, and the importance of their involvement in school. Plus, there are rarely enough books in the homes of future kindergartners, which may explain why only 40 percent of Eastside parents read to their child-care and preschool-age children three or more times a week.

Together, these factors leave many of Eastside’s children unprepared for kindergarten. Even worse, it sets them up to struggle in elementary, middle, and high school.

“The lowest performing elementary students typically did not attend pre-school, meaning they began a trajectory of school failure and dropping out before they even enrolled.” -- San Antonio Eastside Promise Neighborhood, implementation grant application. “Pre-school participation was predictive of test scores, grade-to-grade retention, student age, mobility and absenteeism throughout elementary and middle school.”

The end result of these weaknesses is clear each June at the neighborhood’s Sam Houston High School: Only 46 percent of its students graduate in four years.

When the grant team began trying to improve kindergarten readiness, however, they ran into challenges.

The local school district, for example, switched to a new kindergarten assessment system, which initially made development of longitudinal data difficult in 2013, and that, in turn, complicated efforts to set kindergarten readiness targets for the coming year.

So, the team adjusted some of their goals.

A “big challenge has been how to measure kinder readiness,” said one staff member.

The team also realized they needed to engage parents in developing the grant’s early childhood work.

Two years ago, for example, the grant team was trying and failing to recruit families for a new pre-k program. They did the usual outreach, handing out fliers and putting up posters around the neighborhood. Team members got exercise but not much else, Eastside Promise’s Ratlief recalled.

“Finally, the parents came to us and said: ‘That is not how you recruit.’ They told us the stores. They told us the beauty shops,” where parents were, Ratlief said. “Always ask the community. Listen to what they have to say and let them be part of the work.”

Over the last year alone, the grant team pulled parents into 11 different meetings to talk about the grant’s 10 core strategies. They asked: ‘Where are we? What do we need to set for our targets? Do we need to revisit those?’

“We have tried to build trust,” said Tony Leverett, director of the Eastside Promise Neighborhood. “Because of relationship building we are starting now to gain more momentum.”

In the first few years of the grant, the team was sometimes flying blind. Since the neighborhood was among the first 21 to win grants in 2010 there were not too many policies or guidelines, Leverett recalled.

This meant Leverett and his team learned valuable lessons during those years that could save other communities time and prevent more than a few headaches, including:

The Link Between Kindergarten and Community Readiness

Three years in, the Eastside Promise Neighborhood grant is gaining traction as its leaders refine their goals and gain confidence among residents. The project’s initial kindergarten assessment, concluded this fall, indicated incoming students were more prepared than in past years.

But, the general structure of the Promise Neighborhoods program sets this work apart from other Education Department competitions in early education, and could be what sets up this work for long-term success. The program is designed to help not just children and their families, but an entire community. That may be one of the best ways to prepare more children for kindergarten.

Note on Sourcing: Data and other information cited in this report are from the San Antonio Eastside Promise Neighborhood grant applications and supporting materials.