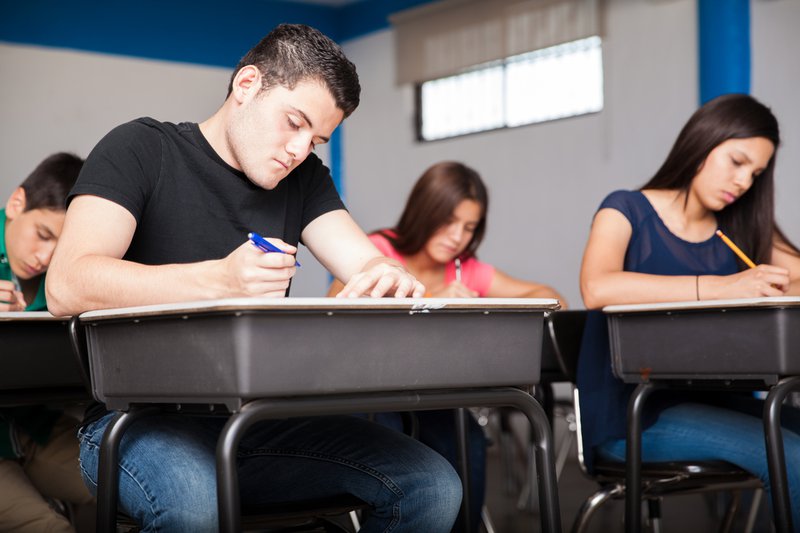 On Wednesday night, the House of Representatives voted overwhelmingly in favor of the new Every Student Succeeds Act (ESSA) bill to replace No Child Left Behind. With expected support from the Senate and the President, the bill will most likely become law in the coming weeks. As my colleague Conor Williams highlights in a recent post, the new law would dramatically reduce the federal role in accountability systems and consequences for language learners. That can either be a good thing or bad thing, depending on how much you trust states to do the right thing for historically underserved kids, including ELLs.

One particularly interesting twist for ELLs is how states can factor data from recently arrived ELLs into accountability systems. Currently, No Child Left Behind requires states and districts to include ELLs’ reading and math achievement scores in accountability data after being enrolled in U.S. schools for one year. As EdWeek’s Alyson Klein writes in a recent article, under ESSA, states would have two ways to account for the academic achievement of these ELLs.

The first option is to stick with current law: start including ELLs’ academic proficiency scores in accountability systems after one year in U.S. schools. The second option is more involved: states could test newcomer ELLs in their first year on math and reading tests but not include their scores in determining a school’s rating. Then, in the second year, states would test these ELLs again, and the results would be factored into accountability systems as a measure of growth between Years 1 and 2. The third year and beyond, these ELLs would treated like mainstream students, their proficiency data fully factored into accountability systems as usual. (See page 77 in the bill for the original language on these two options.)

The explicit change to federal law — specifically, the addition of the second “growth” option — elevates an important question for state policymakers to consider: how should systems fairly and appropriately account for the academic achievement of recently arrived ELLs?

The answer to this question is contested turf from states across the country. In the past year, the Department of Education granted Florida flexibility through a waiver to give ELLs’ two years in a U.S. schools before including scores on academic tests. Since then, seven other states came forward with a range of proposals to increase testing flexibility around newcomer ELLs. Now, should the ESSA bill become law, waivers would become a thing of the past. Only time will tell which of the two ESSA options states will choose for their accountability plans. But, whatever states pick, neither route is completely satisfying.

Above all, neither approach is realistic about the time it takes to master a new language. Research indicates that, on average, students become orally fluent in 3–5 years and reach full academic proficiency in 4–7 years. For accountability purposes, the trouble lies in the fact that English language abilities and academic, content-based achievement (in English) are very closely tied. So, when an ELL scores poorly on an academic, content-based test — such as the new PARCC or Smarter Balanced assessments —  it is often unclear what that score really means. Is it cause for alarm, or understandable given his or her emerging English skills? The intersection of language and academic content can severely compromise the validity of the construct — the level of academic achievement — a test tries to measure in the first place.

Moreover, for the purposes of accountability systems, policymakers must recognize the heterogeneity of all English language learners, “recently arrived” or not. That is, students labelled as “English language learners” represent a wide range of language abilities. It is appropriate to keep this spectrum in mind when determining whether an academic achievement score is valid. Importantly, researchers H. Gary Cook and Robert Linquanti have used empirical techniques (see Appendix B) to identify points at which English proficiency can be disentangled from academic achievement. Below these thresholds or cut-offs, researchers believe language interferes too significantly to make ELLs’ scores of academic achievement meaningful.

So, should states hold off on testing ELLs on content until they reach a certain threshold of English proficiency? Not exactly. Civil rights groups rightly raise concerns that waiting too long to track ELLs may allow them to get “swept under the rug” or deprioritized by educators. However, there is difference between gathering data and incorporating data into accountability measures. Gathering data to report publicly is beneficial for the purposes of monitoring students’ progress. Education leaders can use this data to have a better sense of systems-level strengths and needs, making timely adjustments internally to support ELLs’ academic growth. This is different from demanding recently arrived ELLs meet unrealistic targets in high-stakes state accountability systems (although no one yet knows how “high” the state-determined stakes would be under the new bill). Data on these students may not be valid enough as a basis for top-down decision-making.

Nevertheless, data on all ELLs should — and will have to — be incorporated into accountability systems at a certain point. And for that purpose, measuring growth over clear timeframes would be ideal given the heterogeneity of ELLs. Specifically, different ELLs progress at different rates. As I’ve written before, it is much easier to make growth in lower grades and at lower language proficiency levels. Researchers call this the “lower is faster, higher is slower” principle. Because of this phenomenon, a coalition of leading researchers have urged moving beyond a “one standard fits all” approach to ELL accountability. As the group asserts, setting the same bar of proficiency for all ELL students “may appear to be rigorous accountability, [but] it actually ignores the developmental role that language proficiency plays in content area learning.” The researchers propose setting differentiated expectations on academic tests for ELLs conditioned on their language proficiency and grade. Such a system would be substantially more complex, but “that complexity is inherent in a rigorous progress model, [...] more accurately reflects reality, and sends fairer and more motivating signals to both educators and ELLs.”

For recently arrived ELLs under ESSA, the most room for such a growth model would be Option 2: measuring progress on academic tests from Year 1 to Year 2. This is better than nothing, though it’s far from ideal since the growth model would last just one year. Similarly, a one year exemption for testing recently arrived ELLs (Option 1 under ESSA) is also in the “better than nothing, but still not great” camp given that the one year cut-off seems arbitrary and oversimplified. Ultimately, the recognition of ELLs’ unique developmental timelines is not a cop-out or lowering of expectations; it’s realistic and fair. The more that goals are based in reality, the more students and educators actually have a chance at experiencing success.