Quality and Equity in One Approach: Apprenticeships for Early Childhood Educators 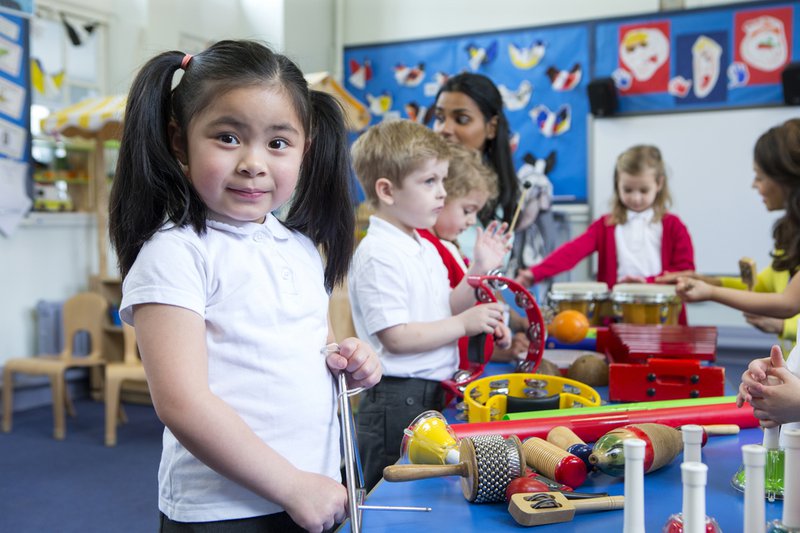 The college degree has become a stark dividing line in American society today. Good jobs with middle-class wages are increasingly difficult to find without one. Even not-so-good jobs—those paying less than $50,000 a year with few benefits or security—can be hard to get without a degree. Credential creep has affected nearly every corner of our labor market as scores of occupations that once did not require a bachelor’s degree—from nurses to book keepers to HR administrators—now do.

First, some background: In 2015, the National Academies of Science, Engineering, and Medicine issued a comprehensive report on the need to professionalize the early education workforce that included a recommendation that all lead teachers of young children from birth through age 8 have at least a bachelor’s degree. In recognition that fewer than half of the current workforce has a degree, the report calls for a gradual imposition of the requirement along with measures to help incumbent workers access financial aid and other supports. But even so, it is a bold recommendation that would indeed transform the existing workforce, likely leaving many current workers behind.

Not surprisingly, the introduction of degree requirements has been controversial. Washington D.C.’s announcement earlier this year that workers in the city's licensed childcare centers would be required to have a minimum of an associate’s degree sparked an immediate and fierce backlash. Senator Ben Sasse of Nebraska tweeted that the new requirements were “insanely stupid.” Commentators from the Wall Street Journal to the New Republic bristled with indignation that people caring for children under the age of four might be expected to have a college education. Protesters have taken to picketing in front of city hall.

What all the outrage over degree requirements misses is that early education is, hands down, the most effective strategy for reducing achievement gaps between students from different class and racial backgrounds. The evidence for lasting positive effects on a range of both academic and behavioral skills is well established. But teaching very young children is not something that just anyone can do. Study after study shows the importance of professional training for education and care workers, even those working with infants and toddlers.

But what the outrage doesn’t miss is that a college degree - even an associate’s degree - is expensive, time-consuming, and not necessarily effective for imparting teaching skills. Requiring workers who generally make less than $25,000 a year to get a degree can seem almost punitive, particularly those who have been working with children for many years. Moreover, early educators with bachelor’s degrees still make very low wages – less than $30,000 for those working in private childcare centers, where the large majority work. According to the Hamilton Project, graduates of bachelor degree programs in early childhood education have the lowest lifetime earnings of all bachelor-degree holders.

Asking workers who make so little to spend their time and money getting a college degree that will lead to only marginal changes in their earnings is tough. But failing to build the skills of our early education workforce is self-defeating.  What if there was an educational strategy that could increase early childhood educators’ skills and knowledge and improve the quality of their jobs without requiring them to pay for a college degree?

There is and it is called apprenticeship. A centuries-old education model that combines paid, on-the-job learning with related classroom instruction, apprentices complete their programs with significant work experience, technical skills, professional networks and, best of all, no student debt. Apprenticeship has its roots in the skilled trades but it is finding increasing acceptance in fields like healthcare, information technology, finance, and even early childhood education.

The city of Philadelphia has embarked on a bold experiment to professionalize their early education workforce through apprenticeship. In May, the city launched the ECE Career Pathways Partnership, enrolling 30 current early childhood educators and their employers in a two-year apprenticeship program. Successful apprentices receive a certificate of completion from the U.S. Department of Labor, an associate degree, and lead teacher certification for Philadelphia-area early childhood education centers. The apprentices learn on the job with the help of a worksite mentor and receive college credits as well as their regular wages. They face limited out-of-pocket costs, but they earn progressively higher wages as they advance through the program.

Apprenticeships could be a game changer in early education, frontline healthcare, and other fields where a skilled workforce is essential for reaping the rewards of public investment but where wages remain low and working conditions poor. They can also help us move beyond the polarizing debate around college degree requirements. Awareness of how apprenticeship programs are designed and delivered—and how they differ in key respects from traditional higher education programs—can help policymakers identify opportunities to use them to professionalize workers in critical industry sectors.