Q&A About Expanding Pre-K Access for Children of Immigrants 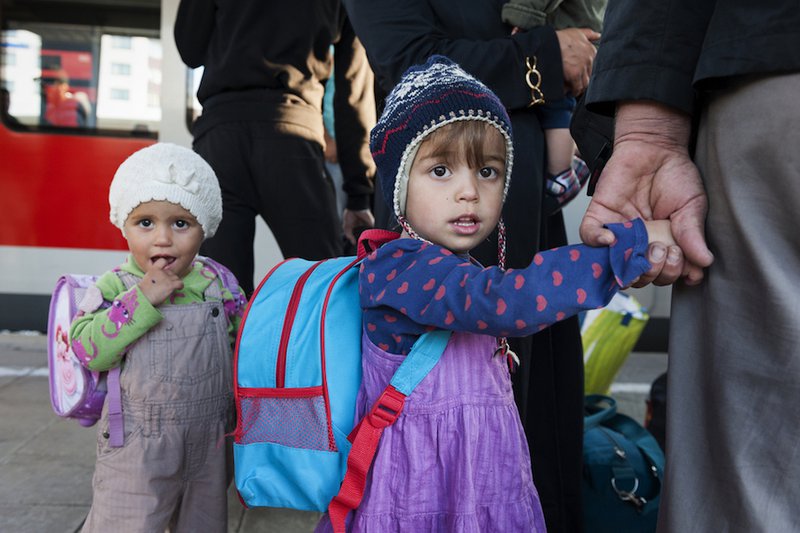 While children of immigrants are a growing share of the children in our nation’s schools, their enrollment in early education continues to lag behind that of their peers born in the U.S. The Urban Institute recently published a report that aims to help policymakers gain a better understanding of ways to reduce barriers to pre-K entry for immigrant families. To learn more about the report and its implications, I spoke with Erica Greenberg, the report’s lead author and a senior research associate at the Urban Institute.

We set out to select four communities with unusually high rates of pre-K participation among children of immigrants, along with diverse pre-K policy contexts and immigration histories that would allow many other communities to learn from their common approaches and key differences. We made an initial list based on our past work on pre-K access for immigrant families and then added sites recommended by colleagues at the Urban Institute and other national experts in early learning and immigrant integration.

Once we had a long list of options, we examined the characteristics of each one using data from the American Community Survey. We focused in on places that had high rates of pre-K participation for all children and had narrowed or closed gaps in participation between children from immigrant and US-born families. We also characterized communities as being new versus established immigrant destinations, homogeneous or heterogeneous in immigrants’ countries of origin, and low versus high growth in recent years. Add to the mix an interest in geographic diversity, and we settled on four focal communities: Dearborn, Michigan; Atlanta, Georgia; King County, Washington; and Houston, Texas.

What were the key research questions you set out to answer in this study?

We had two key research questions:

1.     Why do low-income immigrant families choose to enroll in public pre-K?

And, speaking generally, what answers did you find to these questions through your research?

Our interviews revealed that low-income immigrant families choose to enroll in public pre-K when they have good information from trusted sources about appealing, accessible options. For many of the immigrant parents we spoke with, preferences for enrolling their US-born children in pre-K were formed abroad. Early learning initiatives have grown globally, and some parents had become familiar with pre-K (both public and private options) while in their home countries or through family members who remain there. For many families, preferences for pre-K centered on school readiness, including the early reading, math, and social skills that prepare children for kindergarten.

Once parents decided that pre-K aligns with goals for their children’s development, their early impressions of local programs, experiences with application, and understanding of program logistics all helped determine whether they would be able to enroll. Our findings demonstrate that state and local pre-K programs can expand access for low-income immigrant families through language access (including translation and literacy supports); program logistics (including hours and schedules, locations, and transportation); welcoming efforts; enrollment supports; program resources, financing, and leadership; and organization and agency partnerships. By combining innovative and traditional strategies with a commitment to continuous quality improvement, programs can reach a large number of families and begin building what is effectively a network of parent ambassadors and program advocates. We found that there is no single best approach to expanding pre-K access. Instead, a mix of strategies and a willingness to revisit and adapt them to changing populations and conditions is key. Finally, trust underlies many of the most successful strategies profiled in our study, and trust can be undermined by changing immigration policy contexts, even when these contexts are set at the state and national level.

We know that pre-K enrollment for children of immigrants continues to lag behind that of their peers. What are some unique barriers to pre-K access faced by immigrant families?

We have examined barriers to pre-K access in Chicago, Silicon Valley, the four study sites, and nationwide. This work shows that immigrant families face unique barriers related to:

Distrust of government institutions among some undocumented and mixed-status immigrant families, which can deter enrollment in publicly funded pre-K programs.

Parental preferences for early care and education, which may be shaped by both unfamiliarity with American approaches to pre-K and limited trust in existing programs.

Cultural responsiveness and language access, including insufficient translation and interpretation services during program outreach, application and enrollment processes, and throughout the school year.

In addition, low-income immigrant families may face barriers common among many US-born low-income families. These include: limited information and understanding of existing pre-K options, cost and affordability issues, supply and capacity constraints, burdensome eligibility and enrollment processes, and inconvenient program locations and operating schedules, sometimes exacerbated by insufficient transportation supports. These issues look different across the communities we have worked in, and they play out differently in terms of whether and how they present barriers to access.

Even in the four study sites, which were chosen for unusually high rates of pre-K participation, we identified remaining gaps in access. New arrivals to the US often lack the type of social networks that share information about pre-K. Families may learn about pre-K through elementary schools but miss out on enrollment for their firstborn. Waitlists observed in every site demonstrate uneven or insufficient capacity overall.

Your team spoke with over 100 parents across the four study sites over the course of the study. Did a pattern emerge in how parents first heard about pre-K opportunities for their children?

Our interviews revealed two main sources of information about pre-K opportunities: (1) word of mouth via family members, friends, and neighbors, and (2) school and district outreach efforts. Some of the outreach efforts were traditional, involving flyers sent home with elementary school students, direct recruitment by teachers and other school staff, and banners posted outside of pre-K sites. Others were more innovative, involving media campaigns, social media, external partnerships, and community canvassing. In addition, some parents reported taking proactive approaches to locating pre-K programs or being referred to programs by other education and social service agencies. In all cases, parents emphasized the importance of trusting information sources in facilitating their knowledge of pre-K.

This research was conducted between November 2016 and February 2017, a time of great upheaval and uncertainty in terms of federal immigration policy. Is that a subject that came up in your conversations with parents?

The changing policy climate affected both the findings and process of our research. The period between November 2016 and February 2017 was primarily one of uncertainty. Federal immigration policy changes included two executive orders around deportation, “sanctuary jurisdictions,” and security on the southern border, along with the repeated proposal, stoppage, and restart of travel bans on immigration from some majority Muslim countries. Enforcement actions related to these changes largely began after our conversations with immigrant families. In our interviews, many parents expressed fear in response to policy rhetoric at the national level and, in Georgia and Texas, at the state level. Whether this fear posed a barrier to enrollment and participation in pre-K seemed to vary across sites and individual families, and what we heard was likely shaped by which parents were willing and able to attend our interviews.

Across all sites, local communities, including local schools, were seen as safe and trusted places. Likewise, some parents with whom we spoke expressed trust in American government, compared with the governments of their home countries. Other parents argued that current contexts made education, including pre-K, even more important for their children’s futures. However, we also heard concerns about requests for documentation during application and about driving to school. These concerned parents had already enrolled in pre-K, but they suggested that others—this year and in future years—may weigh risks differently as policies and enforcement procedures continue to evolve.

Our team found the process of conducting research in this policy climate to pose unique challenges. As one stakeholder explained, “I think families feel safe in the community, but…even when I was asking families to participate in [the focus group], they had to think twice. I had to use another way to explain it to them instead of using ‘immigrants’ because they automatically associated it with the [current] situation.” We caution other researchers to plan for these kinds of challenges as immigration policy and enforcement continue to change.

How did pre-K programs in the four sites make efforts to build trusting relationships with immigrant children and families and make them feel welcome?

We found that parents seek pre-K options that are safe and warm, and their trust in staff and in programs grows when they are invited into classrooms, engaged in developing culturally responsive programming, and invited to help shape efforts to improve quality and expand access to new families in their communities. Program administrators in the four study sites described actively cultivating community trust over many years and collaborating with trusted intermediary organizations to publicize their programs. Administrators paired attractive facilities with a set of specific activities designed to build relationships with parents during enrollment and throughout the year. Several study sites offered tours and conducted initial home visits. They continued engagement by holding parent-teacher conferences, having open-door classroom policies, incorporating home items and culturally relevant books and songs in the classroom, serving school meals in line with relevant dietary restrictions, connecting families to broader social services, and using parent policy and governance councils. Parents enjoyed volunteering in classrooms and often observed loving and enriching interactions between teachers and children.

To build trusting relationships, administrators described a set of intentional recruitment and training plans aimed at attracting and retaining welcoming staff members, including teachers. Depending on their location, pre-K programs may be able to recruit from within immigrant communities, including parents of young children. Programs also trained US-born teachers on families’ languages and cultures. Some teachers said working in the study sites was their first exposure to diverse students and families. They found openness, flexibility, and a willingness to try (and fail) central to their success in connecting with parents born abroad. As they refined their efforts and served more immigrant families over the years, pre-K programs in all four sites became trusted institutions in immigrant communities.

Is there anything else you’d like to tell us about the study or more generally about the importance of expanding pre-K access to children of immigrants?