Putin, Publishing, and Profits: Why Russian, U.S. Textbook Industries Have Little in Common 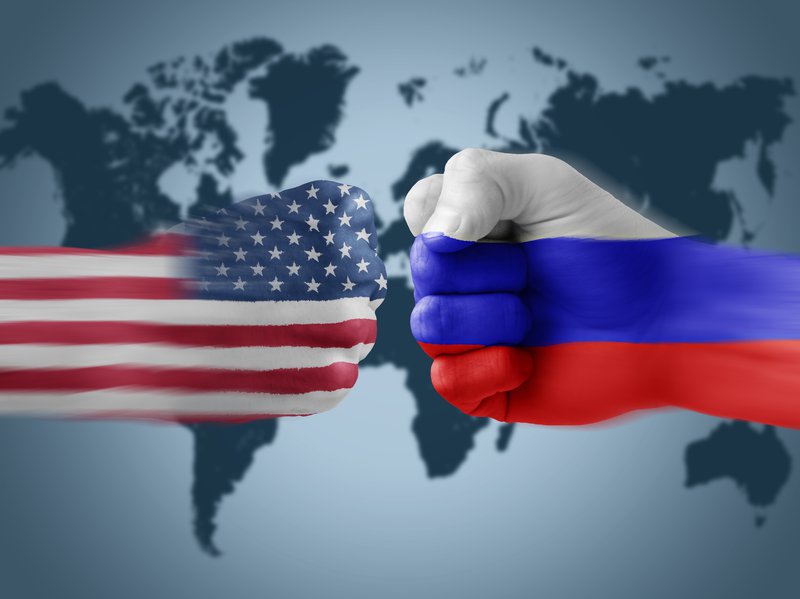 This weekend, The New York Times published an incredible article exploring the intersection of education, history, business, politics, and bureaucracy in Russia. The article, written by Jo Becker and Steven Lee Myers, explores the present-day purging of hundreds of textbooks from schools and classrooms throughout Russia, seemingly beginning with a 2011 decision to privatize the state-owned textbook publisher, Enlightenment. Their reporting weaves an exceptional narrative out of the legacy of Soviet-era state-owned enterprise, modern-day crony capitalism, and the fight for ideological supremacy now coming to a head in the halls of 43,000 Russian schools.

But the dramatic changes in Russia’s textbook industry should not be used or confused as an allegory for the United States. Before the analogies between Russia and the U.S. begin, it is worth highlighting several crucial differences between how our two countries’ educational materials are created, selected, and are changing to adapt to the future.

First, historically there is a stark contrast between the textbook publishing industries in Russia compared to the United States.

Until 2011, the Russian publisher, Enlightenment, remained a state-owned enterprise. Prior to the collapse of the Soviet Union in 1991, it had functioned as “an arm of the Education Ministry” and enjoyed monopoly status in the country—there were literally no other choices available for instructional materials. After the Soviet Union came to an end and Russia began transitioning to a market economy, competition within the textbook publishing industry began as several other publishers emerged—Enlightenment, still a state-owned enterprise, no longer dominated the industry (though they continue to control a large part of the market). In short, Russia’s central government has always played a role in the production of educational materials, and the industry’s private sector has only existed for a little more than twenty years.

The textbook industry in the United States, however, has always been rooted in the private sector. As public schools spread across the country starting in the early 1800s, the Cincinnati-based publishing company Truman and Smith began producing McGuffey’s Eclectic Readers, which were predominantly used in classrooms through the early 1900s. By the mid-1900’s the industry had become much more competitive, and as one study at the time noted, “[textbook publishing] was controlled almost entirely by private publishing enterprise with little involvement by federal and state governments.” In the 1990s, a frenzy of mergers and takeovers have resulted in the dominance of the “big three” private textbook publishers—McGraw-Hill, Pearson, and Houghton Mifflin Harcourt—which together control around 90 percent of the industry. Despite market consolidation, private industry remains in control of textbook publishing in the U.S.

Second, there are significant differences in the level and role of government involved in textbook adoption.

Prior to 1991, the Soviet Union’s central bureaucracy completely controlled education, dictating the national curriculum and producing the nation’s textbooks through Enlightenment. After competition was introduced in the 1990s, schools were for the first time able to choose from a diverse list of textbooks; that list, though, was vetted by the central government’s Russian Academy of Sciences and the Russian Academy of Education. Last year’s sudden, new federal directive for textbook adoption dramatically limit what will appear on that list: In addition to more stringent vetting, including an assessment of the books’ “ethno-cultural” value, the government itself is forming an internal council to further assess textbooks. Even further, legislators recently introduced a bill that, if passed, would establish unified textbooks for all history, literature, and Russian language courses.

There is no parallel in the United States government for national textbook production, a national list of approved textbooks, a national council to assess the quality of textbooks, or unified national textbooks for any subject area. Textbook adoption in the United States has historically been and still is driven by local and state policies and procedures. As states began passing legislation for the provision of free textbooks in public schools in the late 1800s, states and localities also adopted policies regarding textbook selection and adoption. Today, 21 states (known as textbook adoption states) choose at the state level which textbooks can be used by schools—the other 29 allow districts or schools to choose their own textbooks freely. While several textbook adoption states—including Texas, Florida, and California—wield large influence over the industry’s textbook production by virtue of their enormous demand, there are no parallels nationally.

Russia is currently considering a directive that would mandate that all publishers offer electronic versions of their materials by January 2015—just months away. Only one company—the now-privatized Enlightenment—is prepared to meet that requirement. As The New York Times reported, the company has been working with Microsoft to develop a Windows-based tablet, which would be able to support its materials and could be rapidly deployed throughout the country (though Microsoft has currently postponed work with Enlightenment, pending further investigation as to whether Enlightenment is subject to U.S. sanctions). While the digital content market in Russia is immature—according to the country's largest publishing house, Eksmo, 95 percent of e-book downloads are illegal—because schools would be procuring the materials, the arrangement would be highly lucrative for the company. The conspiracy to drive profits for Putin’s friend may be real—after all, the country does have a pretty terrible track record of corruption in privatizing state-owned enterprise.

The relationship between textbooks and new technologies is far more complex in the United States: The mash-up between the big three traditional textbook publishers, the established tech companies, and the burgeoning market of start-ups has created a complex ecosystem of education materials that look less and less like traditional textbooks. Innovative start-ups are creating their own digital textbooks, while the big three have partnered with Apple to provide iBooks. And the rising demand for digital textbooks has driven the growing demand for personal devices—tablets, laptops, and other tools—with which students can access them. It's a highly competitive market, albeit one that is often caught up with state reform efforts (for example, determining how to best align their materials to newly adopted state standards). Nevertheless, some of the conspiracy theories floating around regarding U.S. tech companies and their involvement in education reform are less than credible.

There’s a lot more to dig into here: For instance, the assessment of materials for “ethno-cultural” value is incredibly concerning, as is the credibility of those who are entrusted with vetting educational materials. The main takeaway for now though, is that Russia and the United States have virtually antithetical experiences with textbook production, regulation, and adoption. This is true in terms of ownership and control of the publishing industry, evaluation and selection of materials, and the intersection of textbooks and new technologies.

That being said, let’s try to keep the “In Soviet Russia, Book Reads You” tropes to a minimum.