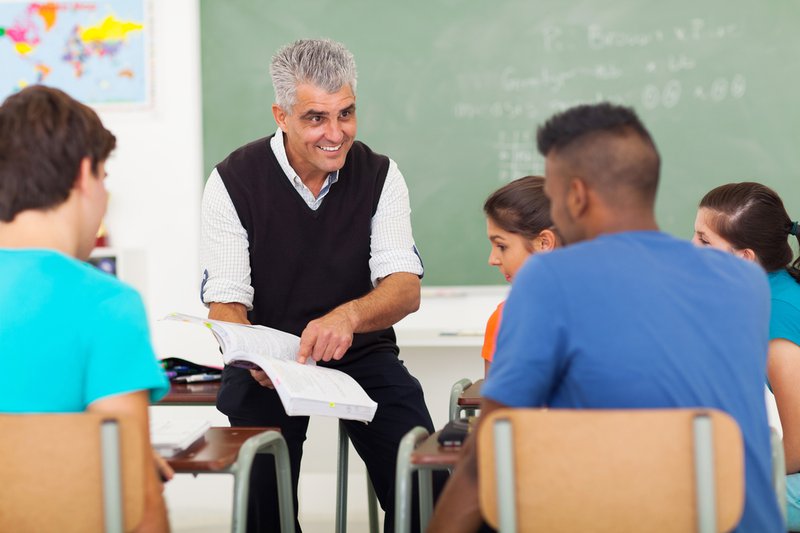 Update April 20, 2017: New language in the re-introduced Portman/Warner bill includes a requirement that participating institutions of higher education participate in a statewide articulation agreement, have an articulation agreement with at least one other public college, or have a track record of students' credits transferring to public institutions. That language would go a long way to ensuring poor-performing schools aren't the ones running dual enrollment programs, and to helping ensure that students can apply their dual enrollment credits toward earning degrees after graduation. Other dual enrollment proposals should follow suit, and lawmakers should continue to consider the implications of dual enrollment programs on students' Pell Grant lifetime eligibility.

Earlier this month, Republican Sen. Rob Portman (OH) and Democratic Sen. Mark Warner (VA) joined forces to introduce a bill that would allow high school students to enroll in college coursework using Pell Grant funds. But while such a move could increase access to advanced coursework--and there's rigorous evidence to suggest longer-term benefits in earning a degree-- it’s not without risks to students.

For instance, an earlier version of the Portman-Warner bill (the latest version doesn’t yet have language available online) required that the college participating in the partnership with high schools accept the credits awarded toward a program of study after the student graduates. That seems like a no-brainer.

But there’s no requirement that the credits be transferable to any other institution. And in many cases, they’re probably not--essentially locking the student into either enrolling at that school after graduation or losing the credits he just earned. A report from the National Center for Education Statistics found that two-thirds of students who transfer across colleges lose at least some of their credits; nearly 40 percent lose every credit earned at the first institution. And according to the Education Commission of the States, over a third of states do not require even the public institutions in their states to accept credits from dual enrollment programs.

Worse yet, without specific legislative changes, students will be using up their own finite eligibility to receive Pell Grants. Dual enrollment programs likely wouldn’t be exempt from the Pell Grant lifetime eligibility limit of 12 semesters, which Congress set back in 2012.

Take a student who takes two semesters of half-time courses using Pell Grants during high school; already, he’s used up the equivalent of one full semester--or a half-year of his total six years of lifetime eligibility for Pell Grants.

Then fast forward to college, where he attends a school that won’t give him credit for those classes towards his degree. Even if he enrolls full-time each semester while in college, he might barely squeak by without exhausting his Pell Grant eligibility. That’s because the federal government defines being full-time as taking 12 credits per semester, which puts a student on track to graduate within five years, not four. By the time he’s earned a degree, he’s used up 5.5 of his six years of Pell Grant eligibility, despite taking credits in high school and taking just enough credits to be full-time each year. There’s no margin for error with a plan like that one.

Now suppose that, while he’s in college, instead of earning 12 credits each semester, he looks more like the rest of the student population -- dropping in and out of school as he needs new skills to advance his career, and dipping in and out of full-time status while juggling work and family. Even with the credits earned in high school, he could be at risk of exhausting his Pell Grant eligibility.

When implemented well, dual enrollment can be an important tool for high-school students. It can offer low-income high-school students a window into postsecondary education, and give them the confidence they need to believe they can succeed in college. It can help students earn credits before they even get to college, challenging them while they’re in high school and giving them a leg up in earning a degree. And it can build bridges between high schools and colleges that mean coursework is better aligned, lessening the need for remediation.

But the devil is in the details. Dual enrollment programs could also be an opportunity for for-profit colleges to get to students early, helping them earn credits that won’t transfer to any other college so they’re reeled in for the long-term. It can drag down students’ ability to ultimately complete by allowing them to spend down their Pell Grant eligibility early. And it may require out-of-pocket costs where a program’s costs can’t be covered by a Pell Grant alone.

Lawmakers should pursue these programs with caution. That includes exempting dual enrollment credits from the lifetime eligibility limits on Pell Grants; being careful about the institutions that can participate and how they facilitate successful transfers to other colleges; and taking care to ensure that states don’t shirk their financial obligations to the programs by allowing federal dollars to replace their own.