The Power of Engaging Parents as Leaders 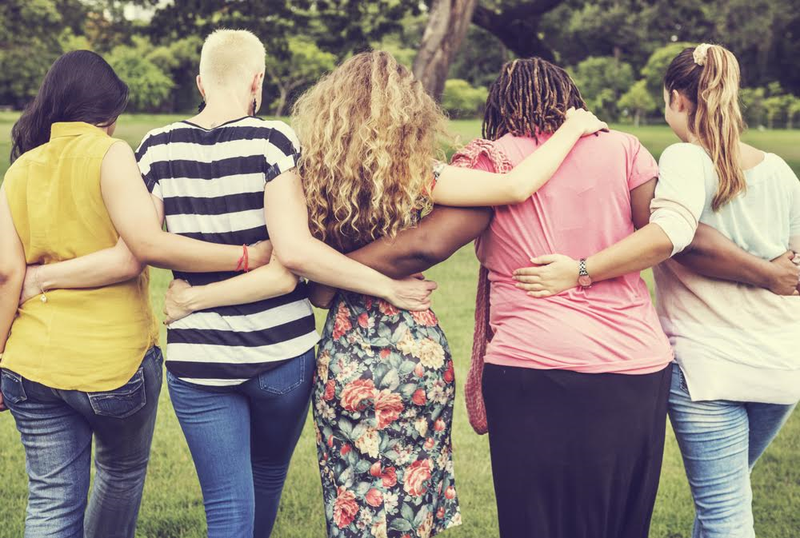 On a Wednesday evening in January, a group of 17 parents came together at Lincoln Junior High’s library for the orientation to COFI’s Self, Family, and Team training. Founded in 1995, Community Organizing and Family Issues (COFI), is a Chicago-based nonprofit, that trains and supports parents in low-income communities to be powerful leaders on issues affecting their families. Originally from places as far and diverse as Mexico, Pakistan, and Jamaica, few of the parents in attendance knew what to expect of the training they’d be participating in for the next seven weeks. But despite this uncertainty and their different backgrounds, they soon found they shared common goals around their children, their local public schools, and their desire to make positive change in themselves and in their community.

Using their own multi-step “Family Focused Organizing” model, COFI engages low-income and working parents as leaders in transforming their families, communities, institutions and the public policies that affect them. 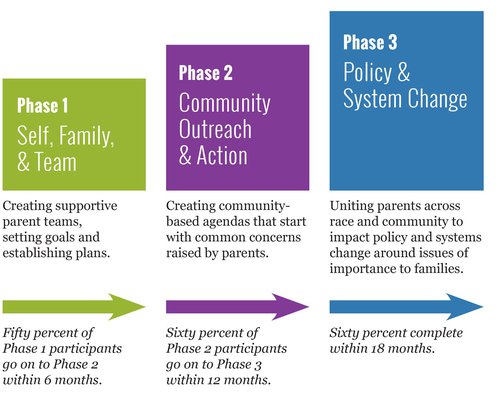 COFI believes that family focused organizing begins with the individual. Parents begin by developing their leadership skills in a seven-week Self, Family, and Team (SFT) workshop. The training helps parents to focus on long-term goals for themselves and their families, and then to develop action plans for moving forward.

For the past four years, Lincoln Junior High in nearby Skokie, IL has hosted a Self, Family and Team training. Skokie is an economically, racially, and ethnically diverse suburb of Chicago and the parents at the SFT training reflect these diversities. Eighty parents have completed the SFT training at Lincoln since the program’s inception, gaining knowledge and skills on goal setting, establishing support to achieve those goals, and learning how to use those goals to benefit the broader community.

Present at January’s SFT training was Fernanda Perez, a COFI parent leadership graduate and a mother of two young boys in the Skokie School District. Fernanda completed the SFT training three years ago and now helps other parents go through the SFT training as a parent trainer. She wanted to give back to her fellow parents by training them using the COFI model and helping them find their voice. “It feels gratifying to help others,” she says.

Reflecting on her own experience in the training, Fernanda says, “when I took the Parent Leadership training at COFI I felt nervous but excited.” She participated in the training because she wanted to feel more empowered, confident, and comfortable speaking in front of large groups of people. She also wanted to learn how to help her community as a parent leader. She hoped to become more involved in important decisions with the school community so that her kids could get the best possible education. “I wanted to set a good example for them,” Fernanda explained.

Today, Fernanda describes herself as a new person. Through the SFT training, she learned tools like “active listening” and how to identify obstacles and turn them into solutions. She also established a “web of support,” around herself and her family, particularly with the other COFI-trained parent leaders who she says encourage her whenever she doubts herself. “Through all of this,” she says, “I was able to find a voice.” Fernanda is now very involved in her sons’ schools and enjoys meeting with other community leaders and stakeholders, something that she once lacked the confidence to do.

In the second phase of the Family Focused Organizing model parents come together around common goals. At Lincoln Junior High, the first SFT parent training resulted in the formation of Parent Leaders Uniting Schools (PLUS) –  a parent group designed to engage and support additional families in their district. Now, each class of graduates who go through the SFT training at Lincoln are encouraged to become a part of PLUS to continue working on their goals as part of a team.

“Parents involved in PLUS report an increased sense of belonging and connection with District 69,” said Superintendent Dr. Margaret Clauson. Since the program’s inception, 86 percent of participants reported this increased sense of belonging and connection in their child’s school and their community as a result of participating in PLUS.

When asked about how COFI facilitates community change, Fernanda explained that COFI breaks it down into simple steps. She said, “COFI shows parents that they too are leaders and can help change things in and around their schools and community. It shows how to reach out to others for help and for information. It helps bond people together. COFI gives you ideas and tools in order to assist those who wish to make a change in their communities.”

Erin Moore, National Lead Organizer at United Parent Leaders Action Network (UPLAN) and former SFT Trainer has also witnessed the impact that the training has on parents and communities: "I've seen parents build strong relationships with each other, and develop trust and a sense of connection with their children's school. Our hope is that the training is the first step toward ongoing leadership of our community schools. The training catalyzes ongoing leadership. Parents have testified at school board meetings about the value of community schools, attended Village of Skokie Board of Trustee meetings to talk about the importance of community development, and served on decision-making groups like the Community School Action Team."

In the third and final phase of the model, COFI brings together parent teams to work on their policy change campaign aimed at creating change on behalf of children and families. The curriculum for this phase teaches parents about policies and systems change, fundraising, how the government works, and how to tell their story. COFI-trained parents have had notable public policy victories, including the return of recess to the Chicago Public Schools (CPS) and the banning of suspensions for children below second grade. They’ve also persuaded CPS to scrap zero-tolerance policies and instead adopt restorative justice practices, which help students learn the impact of their behavior and give them a chance to take responsibility.

These policy campaigns are rooted in the experiences of families and prioritized by the grassroots parents themselves, as are the other two phases of the model.  In support of this model, New America’s Family Centered Social Policy Initiative’s recently released report Centering the Margins: A Framework for Equitable and Inclusive Social Policy, discusses the importance of families directly participating in the policymaking process in order to enact meaningful and long-lasting policy change. Authors Rachel Black and Sabeel Rahman argue that any effort to improve the lives of low-income families should include those families in discussions about overcoming the challenges they face.

This year’s SFT parents who began their training in January are now officially graduates of the program and met last month for their first official PLUS meeting. As for Fernanda, she has decided to take the next step with her goals and is currently running for the District 69 school board. In discussing this next step, Fernanda shares, COFI and PLUS have “given me the ability to feel confident to run for the school board this year. They have open new doors for me and helped me have confidence in myself.”