The Parent Trap: PLUS Loans and Intergenerational Borrowing 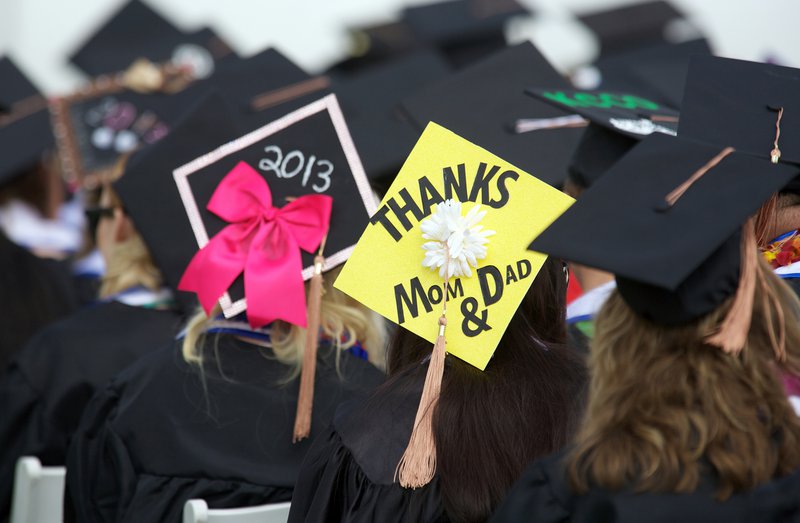 This blog post is the conclusion of a series that takes a look at recent changes to the credit criteria for Parent PLUS loans and the subsequent effect on colleges and universities. You can find the rest of the series here.

In fall 2011, the U.S. Department of Education tightened the credit check criteria for Parent PLUS loans, a federal program that provides loans to parents--usually above and beyond student loans--to send their children to college. Despite public criticism of the Department’s actions, I argue in The Parent Trap, released today, that more reforms are needed to ensure that the program doesn’t burden parent borrowers with debt they can’t afford to pay back.

Over the past year, I have heard repeatedly from institutions that the changes to the PLUS loan credit check have prohibited college access for many disadvantaged students. And while the anecdotes have been numerous, they often do a better job at highlighting the problems of parent borrowers who don’t have the resources to repay than making the case to revert back to the old credit standards.

During a recent Education Department hearing, for example, Catherine Hurd of Johnson C. Smith University publicly criticized the Department’s changes to the PLUS loan credit criteria. She described many students who could no longer enroll in the university without PLUS loans since they didn’t have enough money upfront to cover their costs. One story she shared was of a homeless parent who was denied a PLUS loan. “She agreed to send her weekly paycheck to Johnson C. Smith until the balance was paid, and that she would continue to remain homeless until she could get her feet back on the ground,” Hurd explained.

Without a doubt, the Education Department’s implementation of the PLUS loan credit change was bad. It has been difficult for college administrators on the front lines of the PLUS loan crisis, witnessing parents unable to borrow and faced with whether their students will have to leave the institution and enroll elsewhere. But it is also harmful to give struggling parents access to a high-interest, inflexible loan on behalf of their children. And that’s what the Department was trying to address. What are the chances that a homeless mother will be able to repay thousands of dollars in college debt? How will that debt affect her ability to afford a place to live? Not giving a loan to a homeless parent doesn’t mean her daughter can’t go to college. She just may not be able to go to any college she wants to, regardless of cost. And none of this affects the student’s ability to borrow student loans. In fact, students whose parents are denied PLUS loans can take out even more federal student loans.

Federal student loans are a critical part of a social equity and human capital agenda. They exist to provide access to higher education and invest in students’ human capital. They also exist to solve a market problem. Without a federal program, most students would not have access to loans, since lenders have little to no information about the students on which to base the decision to lend. Typically, students have limited credit histories and may have no income or assets. The federal government provides students with the capital they need to invest in a college education that will pay both individual and societal dividends.

Parent PLUS loans do not fall within this same policy rationale. First and foremost, there is no similar market problem with respect to parent borrowing. Unlike for students, lenders can judge parents’ creditworthiness in the same way they would for any other type of loan – and a market for unsecured consumer loans does in fact exist and is quite robust.

Moreover, parent loans aren’t a direct investment in the student—they allow parents whose children are already eligible for federal student loans to borrow even more. In this case, parents are investing in the future of their child, not their own human capital. And although many parents may expect their child to pay back the loan on their behalf once he graduates, they are the ones ultimately on the hook for the loan.

Perhaps the most important difference is that parent earnings—the ability to repay loans—are unchanged by the fact that they received a loan to finance their child’s education. Obviously the same is not true for a loan to the student. Since parents don’t receive direct financial benefits from the loan in terms of increased income, taking on Parent PLUS loans they cannot afford saddles them with debt they can’t pay off, that is seldom dischargeable in bankruptcy, and doesn’t qualify for the protections and flexibility of other federal student loans. While it makes sense for the federal government to provide students access to loans without consideration of their ability to pay, this should not be the case for parents.

For this reason, The Parent Trap recommends that policymakers should consider one of the following three options for reforming the Parent PLUS program:

The PLUS loan program needs further reform to ensure students still have access to college, but parents aren’t borrowing well beyond their means. Many other federal programs exist, from the Pell Grant to Stafford loans, to help students pay for college. Students should not be expected to finance higher education by burdening their parents with too much debt.

The Parent Trap is being released in conjunction with a panel event January 8 at the New America Foundation from 9:30 a.m. to 12 p.m, which you can watch live here. The event includes stakeholders from American Student Assistance, the Association of Private Sector Colleges and Universities, and UNCF as well as higher education thought leaders."