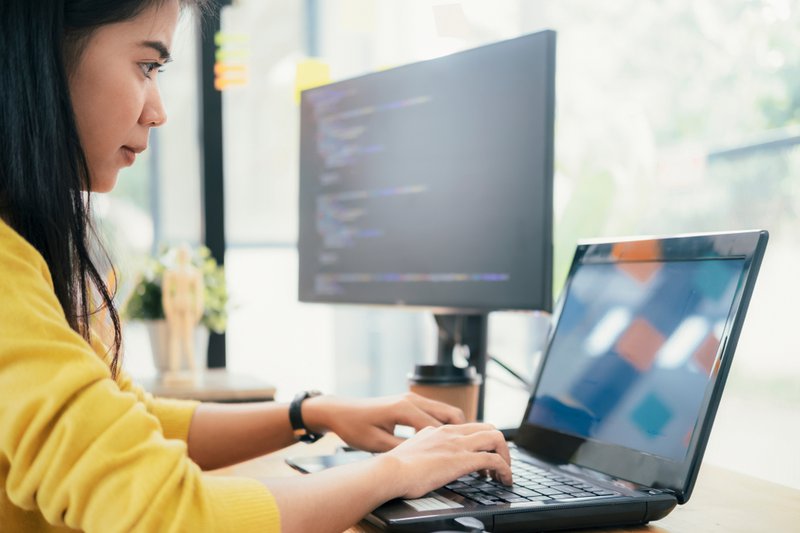 Kat, a 30-year old person of color, mom of two and veteran, grew increasingly frustrated with her full-time job as a pharmacy technician. She had already attended three different colleges but hadn’t found a career she wanted to pursue until her pharmacy switched software programs. Observing the frustrations healthcare workers and patients faced using this new system, Kat was inspired to pursue a bachelor’s degree in software development. Assuming bachelor’s programs would be plentiful near her home in the Seattle area where high-tech jobs regularly go unfilled, Kat found herself surprised and disappointed. It seemed like a program that would fit her needs should be right in front of her, but her initial search was coming up short. What happened?

Kat’s certainly not alone in following apparent opportunity that somehow vanishes with a closer look. She had found an opportunity mirage: just like a mirage in the desert where we think we see something that doesn't really exist, an 'opportunity mirage' occurs in education when there are higher education opportunities available in the area but where students can’t access these programs due to cost, program capacity constraints, work or caretaking responsibilities that limit schedules or other challenges facing adult and non-traditional students. But as Kat’s story will show, there is a solution.

After an initially frustrating search, Kat found her way to a local community college where she completed her associate degree and enrolled in a Bachelor of Applied Science software development program. Only a stone’s throw from her home, this affordable, adult-friendly program enabled Kat to graduate and pursue her dream job in STEM. At long last, she now sees opportunities for herself and her family to make her dream of a career a reality.

Over the last decade, Washington state has embraced community college baccalaureate (CCB) degrees, like the one Kat earned. Though most of the 24 states that have authorized community colleges to confer bachelor’s degrees have intentionally kept these programs small, Washington state stands out as one of only two states that have scaled up CCB degrees statewide, with 31 of 34 colleges offering baccalaureates in over 125 degree programs. Scholars at the University of Washington have shown that students in the STEM programs in Washington community and technical colleges are a lot like Kat. They are older than their university peers, more likely to receive financial aid, more likely to have dependents and be veterans, and slightly more racially and ethnically diverse. Completion rates are high for these CCB students, and their employment rates and earnings are similar to regional public university graduates in similar degree programs.

Adult students like Kat need baccalaureate programs that are affordable, geographically accessible, and accommodating of their working schedules. The historic community college pathway of completing two years and then transferring to complete a bachelor's degree is not working for a large majority of students. According to the National Student Clearinghouse, 31 percent of degree-seeking community college students transfer, and only 14 percent earn bachelor’s degrees within six years. Lower-income students are half as likely as higher-income peers to transfer to a four-year institution (24 percent vs. 40 percent) and attain a bachelor’s degree (10 percent vs. 21 percent) within six years of first entry. Myriad transfer interventions (articulation agreements, university centers, credential stacking and others) have done little to move the needle. Simply put, current education systems are not helping enough students, especially low-income, older, and racially minoritized students get the good jobs that are available, but CCB programs have the potential to address this need.

The success of CCB degrees in Washington is reinforced by recent passage of a bill to authorize computer science B.S. degrees at community and technical colleges in the 2021 legislative session. Dubbed the “Amazon Act,” this legislation requires that computer science programs demonstrate demand from people of color and/or low-income individuals, and show financial sustainability. In testimony, the bill’s sponsor cited 24,000 job openings in the state’s technology sector, a point brought home by Dr. Sheila Edwards-Lange, president of Seattle Central College, who said, “At Seattle Central, almost 600 students a year enroll in our programming courses. These students intend to transfer and continue in computer science but what we hear from them is that the programs they want to transfer to are constrained and hard to get into… Many end up transferring in other fields. That is a loss for them and the companies that want to hire them.” With overwhelming support, the bill passed with only two nay votes and went on to be signed by Governor Inslee on April 26, 2021. Counter to claims CCB degrees are duplicative and unnecessary, the decade-long experience of Washington state is that CCB degrees add to baccalaureate attainment to help meet workforce needs and increase economic security for individuals and families otherwise left behind.

Like Kat’s story and the Amazon Act show, the CCB offers real opportunity and a path forward for working adults ready to pursue a bachelor’s degree. With nearly half of states now authorizing CCB degrees, mirages are disappearing and paths forward for adult learners are emerging across the country.