A New World for Profits 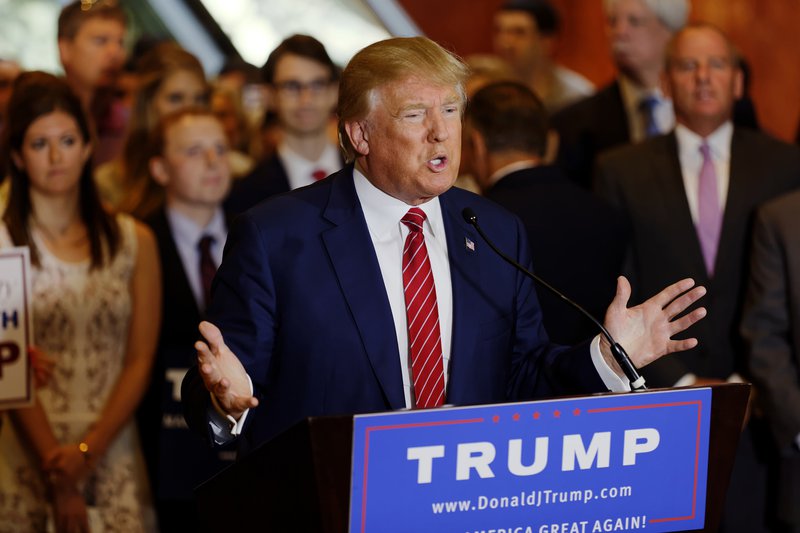 On Friday, president-elect Donald Trump settled a series of lawsuits from his now-defunct for-profit education venture known as “Trump University.” This concession is a sudden reversal from Trump. Although he has admitted no wrongdoing, he will pay $21 million to settle two California class-action lawsuits and $4 million to settle with the New York attorney general. Throughout his presidential campaign, he claimed he would not settle, saying the accusations of fraud from 7,000 students and New York’s attorney general were baseless.

While this news was conveniently buried over the weekend as Trump engaged in a Twitter feud with the cast of the popular musical Hamilton, Trump’s election has huge ramifications for protecting consumers as higher education moves into a new era of for-profits. Not only for the traditional for-profit colleges and universities such as ITT Tech and Corinthian College that have been in the news lately due to their dramatic collapse, but also for non-traditional providers and education ventures such as bootcamps and training programs like “Trump University.”

During the Obama administration, many consumer protections were put into place to prevent institutions--especially the for-profit sector--from harming students and reaping rewards from taxpayers via the federal financial aid system. These reforms included changing the easily-manipulated cohort-default rate, scrutinizing outcomes data from career education programs through the Gainful Employment regulations, and most recently allowing federal student loan borrowers to discharge their debt if they were victims of fraud or misrepresentation from their university (known as Borrower Defense to Repayment regulations).

It turns out the high-profile downfall of some of the largest for-profit chains did not go unnoticed by the general public. They overwhelmingly support the intent behind regulations like Borrower Defense. In a recent poll commissioned by New America, 78 percent of Americans agreed that students should have their federal student loan debt ended or canceled if their college is found to have provided deceptive information about their programs or outcomes--this includes 87 percent of Democrats and 71 percent of Republicans. (See below for methodology.)

But with the election of Trump, many higher education policy experts believe these consumer protections will be rolled back. That’s because Republicans have been focused for years now on deregulating higher education and the House has voted repeatedly to roll back the Obama regulations. Now with a Republican in the Oval Office and majorities in the House and Senate, Gainful Employment is likely to be dismantled, and Borrower Defense will disappear before even implemented through the Congressional Review Act. It is no surprise that stocks are suddenly soaring at DeVry and Capella, two for-profit universities whose futures suddenly got brighter.

That the Republican agenda includes rolling back Obama’s regulations on the for-profit sector is not new. But what’s even more worrisome, particularly given the goings on at Trump University, is the increasing desire by policymakers to open federal financial aid to alternative providers outside our existing structure of public, nonprofit, and for-profit colleges and universities.

This idea, in and of itself, is not partisan. The Obama administration, to controversy and mixed reviews, is currently running a small experiment using federal financial aid on alternative providers, adding a layer of accountability through required partnership with existing traditional providers and accrediting bodies. If there were high levels of transparency and accountability for all institutions and ventures receiving federal financial aid, innovative providers would have financial incentives to ensure that students were getting their money’s worth. But if the Republicans roll back regulations meant to protect consumers and expand federal financial aid to alternative providers it could spell disaster for students and taxpayers.

Trump University, as a nontraditional provider, was ineligible for federal student aid for its students. Imagine if this had not been the case, and taxpayer dollars had been allowed to support Trump University.  According to court documents, students of Trump University attended a free 90-minute seminar that was really just a sales pitch for increasingly pricey seminars and apprenticeships that cost up to $35,000. This sales pitch included wild claims about earnings outcomes such as the ability to earn six-figure salaries for only working five to seven hours a day. And the whole operation was propped up by misleading positive reviews, a large proportion of which seem to have been collected from students using high-pressure tactics such as withholding graduation certificates. It was fraud. And if Trump University had the backing of federal financial aid and very little regulatory scrutiny or oversight, Trump as CEO would have reaped the rewards of profit off the backs of students and taxpayers.

These higher education regulations exist for a reason. Not only are they meant to protect consumers who were misled by their educational providers, but they are also meant to safeguard taxpayer dollars. Doubling down on less regulation and opening federal financial aid to alternative providers will usher in a new era of fraud and abuse, one where millions of students are harmed and billions of tax dollars are wasted.

A note on survey methodology:

Lake Research Partners and Chesapeake Beach Consulting designed and administered this survey that was conducted by professional interviewers from October 27 – October 30, 2016. The survey reached a total of 1019 adults nationwide. Telephone were randomly drawn from two probability samples: randomly selected landline telephone numbers and randomly selected mobile (cell) telephone numbers. Of the 1,019 interviews, 517 were from the landline sample and 502 were from the cell phone sample. The data were weighed slightly by gender, region, age, and race to reflect attributes of the actual population. The margin of error for the total sample is +/-3.1%.