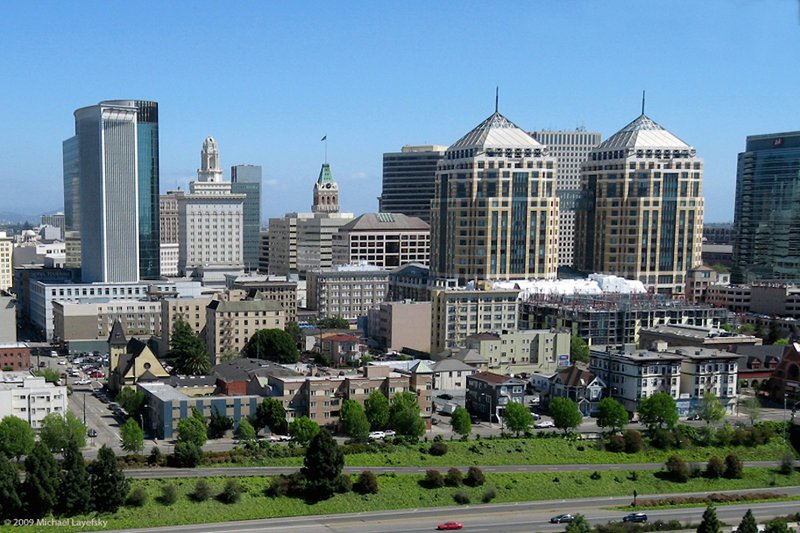 At a summit in San Francisco in January, Ralph Smith, who leads the Campaign for Grade Level Reading, called on the early childhood field to do a better job of partnering with parents in improving outcomes for young children. “Our job,” Smith said, “is to help parents envision a bold future for their own children and then help them to attain that future.”

Yet working closely with parents can be a challenge, particularly in cities with large populations of low-income parents and recent immigrants who may face language or cultural barriers to accessing services, and whose children are not yet in the public school system. Or so people assume. A new survey of low-income, often immigrant, parents suggests otherwise.

The survey of parents with children under age six in Oakland, California, is one of the first of its kind in the city. A research team knocked on more than 5,000 doors in the city to identify a representative sample of 420 parents in 17 of the city’s elementary school attendance areas.  The goal is to better understand their needs and experiences and to better engage families in building a system of support for young children in the city.

“We needed to just knock on doors,” said Susan True, director of education strategy and ventures at the Kenneth Rainin Foundation, who commissioned Marc Hernandez from the University of Chicago’s NORC to help conduct the survey along with a team of trained field researchers from the community.

“We don’t know of another survey that’s been done like this,” True said. “There have been a lot of focus groups with families. Typically those have been with families that are already connected to services and so what you get is a sample of families that’s pretty skewed because those are families who have already sought and found resources.”

Instead, True and her colleagues were looking to survey the families who may not already be connected to early childhood services in Oakland, for example developmental screenings or family support groups. Those families may be part of the city’s diverse immigrant communities who left their support system behind in their home country, for example, or families who are being affected by the city’s rapid gentrification and rising rent costs.

The backdrop to the survey is a city that is working hard to help more children be ready for kindergarten. Oakland is in the process of reforming its early childhood systems, including how its teachers and care providers are trained. Many children in Oakland show up to their first day of kindergarten already behind, and only 42 percent of its public school students are proficient in reading by third grade.

Several other initiatives in the city are helping Oakland’s youngest residents catch up, including Oakland Reads 2020 and the Talk, Read, Sing campaign. In 2015, Oakland became one of three communities in California to receive support through the David and Lucile Packard Foundation’s Starting Smart and Strong Initiative, a 10-year plan to ensure all children grow up healthy and ready for kindergarten by improving the quality of adult-child interactions across all settings where young children learn and grow.

In addition to training for the city’s early childhood educators in and outside the public school system, the Packard Foundation is also supporting culturally relevant programming for parents and caregivers in Oakland. For example, Lotus Bloom a child and family resource center, runs developmental and multicultural playgroups for families with children under five in high needs neighborhoods where children may lack access to early learning.

All these efforts will be improved when they reach more parents. That’s one reason True and her colleagues wanted to do the survey—to get a better picture of what families want.  Doing so can help ensure that the interventions are, in fact, the right ones.

In a forthcoming report out this summer, New America calls for a redesign of the way American social policy is created and proposes a design process that better takes families’ needs into account over time.

What the researchers in Oakland found, True said, was that families are not very well connected to support services, be they pre-K programs or neighborhood organizations that can provide support for housing or food. Nearly three-fourths of respondents in downtown Oakland, Chinatown, Fruitvale/San Antonio, and East Oakland, for example, did not know of a single neighborhood organization they could turn to when they needed help.

Researchers were also interested in getting a better picture of families’ perceptions of school-readiness and their children’s early reading and math skills. Results showed that families understand that reading beginning at birth is important for language development. However, they do hold misperceptions about best practices. For example, some families were concerned that letting a toddler skip words and pages from a book leads to bad reading habits or that letting a toddler read the same book over and over keeps a child from learning new words.

Parents also had misconceptions around early math, True said. Families, for example underestimated the importance of activities like building blocks or doing puzzles that build a more conceptual understanding of math.

In many cases, said True, parents “may just not know some simple activities they could do to help build those [school-readiness] skills,” she said. The insights can help shape programs that guide parents with best practices in reading and math at early ages.

Other findings defy stereotypes that service providers sometimes have of low-income families— that they don’t have time to read with their children, for example. Parents in this survey were regular visitors to the local library; 68 percent went to the local library several times a month or more, and 43 percent of parents surveyed read to their child every day.

But the most important takeaway, organizers said, is that parents do want to be involved and connected to decisions about their community and how it impacts young children. Most families were interested in continued involvement based on the outcomes of the survey. True said she is considering putting together a community advisory council in response.

“People kept saying to us, ‘No one in Oakland wants to be studied, families don’t want to talk about this stuff.’  And indeed the opposite was true. Families were so grateful to have a meaningful way to talk about their kids and their dreams for their kids.”