New Report: Extended School Day May Not Be Improving Early Reading in Florida 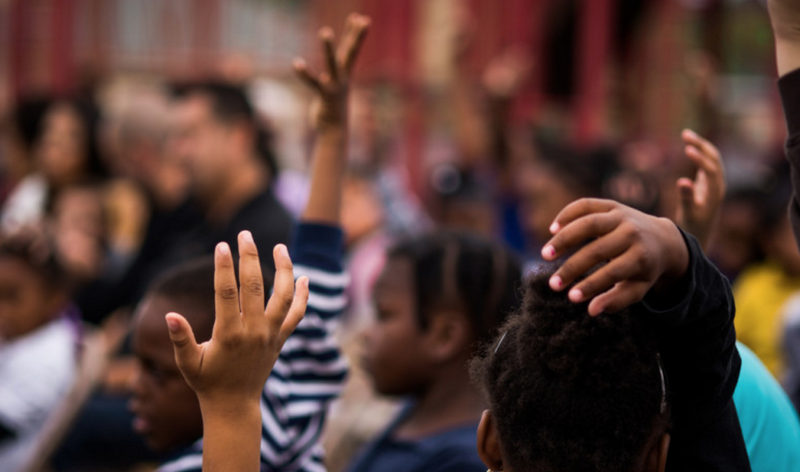 As a second grade teacher, although the hours spent in the classroom often seemed long and were emotionally draining, I also remember simultaneously feeling that there were not nearly enough of them in the school day. Leading a classroom of 28 students with a diverse set of learning needs--including a range of reading levels that spanned pre-K through 5th grade--I constantly wished for a second pair of hands or a dedicated hour in the day to address individual needs, particularly around literacy.

This wish for more hours in the school day became a reality and legal requirement for some teachers in Florida in 2012. The legislature passed a law requiring the 100 lowest-performing elementary schools each year to extend their school day by one hour and devote that time to reading instruction. Early results of the initiative, based on a legislative study conducted in 2014, seemed positive. More students were reading on-grade-level after the first year of the initiative than before, and growth was particularly strong for students who had originally scored in the lowest percentiles on the state test, the Florida Comprehensive Assessment Test (FCAT).

However, a new study out this month from the Institute of Education Sciences at the U.S. Department of Education suggests these and other positive results of the initiative may have been previously misinterpreted. The IES report found that while on average school reading performance improved among the lowest performing schools in the state, the size of the increase was not greater than would be expected for typical year-to-year variations---particularly when measuring initially low student performance. In other words, even if the interventions weren’t taking place, it would be reasonable to assume students would make a similar amount of growth throughout the year.

This result calls into question a number of elements of Florida’s extended school day initiative: the quality of the interventions, the fidelity with which they have been implemented, and the structure of the extended hour (whether it was added to the morning or afternoon, for example). Districts have discretion on how to implement the extended hour and select the interventions based on the needs of individual schools. State law simply requires the hour be in addition to the original length of the school day (versus a replacement of another period of time), and that it must be spent on intensive, research-based instruction provided by effective teachers, although the law does not provide guidance on what qualifies a teacher as “effective.” (This emphasis on effective teachers makes the Florida law unique. Similar laws in Massachusetts and Chicago do not make this distinction.)

Even given such broad guidelines, the study found a majority of schools implement the extended day requirement in identical ways. 78 percent of schools opt to end the school day later rather than add an hour on to the front end. 69 percent provide a combination of small-group and large-group reading instruction. And, 58 percent of schools utilize a combination of students’ regular teachers and additional staff (versus exclusively using external staff) to support instruction during the extra hour of learning.

Also similar, but not surprising, is the demographic makeup of the schools required to provide this additional reading instruction. 100 percent of the 100 lowest-performing schools each year are Title I schools, wherein 92-95 percent of students eligible for free or reduced lunch and where 88-94 percent of students are of a racial or ethnic minority.

The IES study relied on self-reported survey data from participating schools to conduct its research on the impact of the Florida law. Based on the information collected directly from districts, the majority of schools implementing the extended day policy are either meeting or exceeding the criterion for compliance. This is not particularly surprising, as districts are a) more likely to be unaware of individual non-compliance at the school level, or b) unwilling to self-report non-compliance.

Districts self-reported that they are weakest in complying in terms of using teachers who previously displayed evidence of successful reading instruction in providing interventions. Even in this self-report, however, districts only acknowledge this is a weakness for less than 20 percent of schools. Additionally, districts reported near-perfect compliance in providing research-based interventions and using assessment and progress-monitoring to guide instruction. These are the elements likely “making or breaking” success in individual schools’ intervention hours, and are worth further examination.

Research shows students are most likely to succeed in a classroom with an effective teacher, and fidelity of implementation is crucial to any successful academic intervention. The IES study argues, in comparing participating schools’ performance to expected student growth (based on statistical modeling), that there is very little difference between what would happen with or without this extra hour of reading intervention. This finding should spur Florida lawmakers to reevaluate this policy---one that was surely designed with good intentions, but seems to be struggling in its implementation.

The study authors note a few of their own ideas for improving Florida’s extended day policy:

These ideas could certainly strengthen this policy, but won’t help to answer perhaps the meatiest questions about what’s really happening in Florida’s lowest-performing schools during this intervention hour. More thorough research is needed on what is happening at the school-level across the state before an accurate assessment can be made about whether the extended school day policy is “working” or not and what  adjustments might need to be made.

After four years since passing this state policy, it is worth determining this law’s effectiveness in the immediate future for several reasons. By some estimates, it costs schools up to an additional $300,000 each year to extend their school day---no small amount for what are likely already cash-strapped institutions. But perhaps more importantly, it is worth understanding whether the supports required by the law are actually giving students the boost they need to become more successful readers.