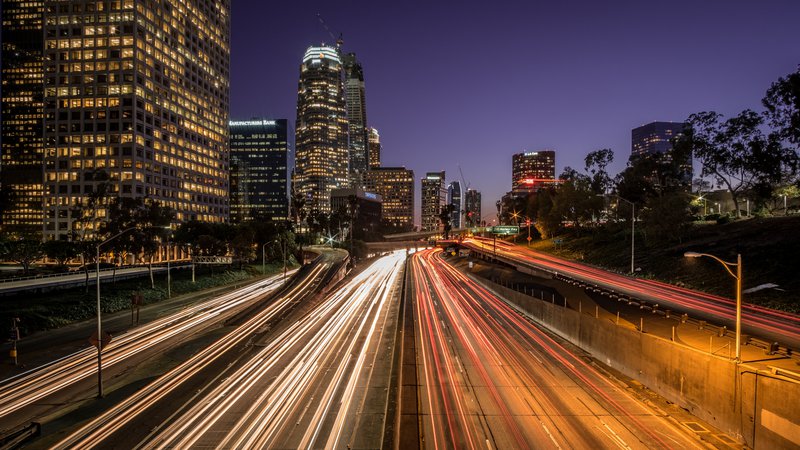 Expanding apprenticeship may be one area where the Trump Administration’s push to undo the Obama legacy finds its limits.

In today’s hyper-partisan political climate, there are not many areas for agreement between Republicans and Democrats. Apprenticeship is shaping up to be one of them. What is it about apprenticeship that attracts interest across the political spectrum? The key is that apprenticeship solves immediate problems facing students, job seekers, and industry. Apprentices earn money while learning relevant career and technical skills in the classroom and on the job. That makes it a potential double whammy for tackling key post-recession challenges like the high price of a college degree and employers’ inability to find skilled workers.

With just over 500,000 active apprentices in the U.S. today, getting to five million in five years would be nothing short of miraculous. But what would it take to expand our apprenticeship system so that millions more Americans, and many more employers, could reap the benefits? It will certainly take transformational changes to how apprenticeships are designed and delivered, so that more industries embrace it and more people see it as an attractive pathway to a career. Thanks to new federal investments and leadership by states, we see new players in the apprenticeship game already innovating on this front.

Within that “big tent” of apprenticeship supporters, however, there are competing and sometimes conflicting visions for its future. Dramatically growing apprenticeship in the U.S. also means confronting potentially fractious issues about where apprenticeship goes forward from here.

1. Who Is Apprenticeship For?

Because we know apprenticeship works, we believe it can solve to lot of problems: youth unemployment, inequality, the skills gap, college affordability, rebuilding the middle class, rural and urban development, and so on. But while we recognize its promise, apprenticeship remains concentrated in certain traditional industry sectors, and apprentices themselves are disproportionately male, white and not particularly youthful (average age is around 26). The steps policymakers take to grow apprenticeship will differ depending on which problems they are looking  to solve or which populations they are trying to reach, whether that’s high schools students, college students or low-skilled adults. Employers themselves also have their own ideas about who their apprentices should be. So while apprenticeship certainly doesn’t need to be the exclusive domain of any single group or set of groups, there will be tradeoffs depending on where those efforts focus.

2.  How Will Industry Lead?

If we are going to expand American apprenticeship into new parts of the economy, industry will need to be in the driver’s seat, shaping how programs are designed and delivered. Simple reason: to get five million apprentices, you need employers to hire all five million of them. The critical ingredients of renowned apprenticeship systems in places like Switzerland and Germany is industry leadership and self-organization (through Chambers of Commerce), which make it possible to partner with government, pool investments, and manage the system. Is American industry willing and ready to play such a leadership role? Will employers choose to invest in their talent in new ways, and then organize themselves to make it happen at scale? Which industry sectors will be the vanguard? We see bright spots, but expansive growth will demand something more.

3.  How Will Education View and Embrace Apprenticeship?

College for all is not the only game in town anymore. Increasingly, Americans are questioning how well our high schools and colleges are preparing young people for the world of work. The education field is bursting with new and innovative models - from bootcamps, to MOOCs, to competency-based education - all aimed at helping Americans succeed in today’s labor market. The demand for new approaches is promising for growing apprenticeship, which for too long has been seen as something other than education, even while it has much in common with many of the emerging education models. Nevertheless, apprenticeship still pushes against long-held norms about American education, including difficulty recognizing learning that happens outside of a classroom, and comfort with career-oriented pathways for youth (and how young to start). To grow apprenticeship, it will need to be seen as high-quality post-secondary education, not an alternative to it. That will demand big changes in education practice and policy.

Compared to other education and training strategies, apprenticeship receives little public investment. That’s not for lack of interest, but rather because apprenticeship works when employers have real skin in the game. But how can policymakers make it easier and sweeten the deal to get more employers to sign on? How can they also build awareness and make apprenticeship a more viable, attractive career pathway for youth? Popular tools like tax credits for employers and tuition reimbursements for apprentices appear to lack transformative impact. Other innovations, mainly at the state level, suggest policy may need to go beyond carrots and sticks to capacity- and system-building. That includes embedding apprenticeship into state education and workforce systems, and developing an apprenticeship infrastructure or “sales force” that makes it easier for employers to start an apprenticeship, and for people to find one. Finally, how will public policy ensure both employers and apprentices get the results they expect?

The big risk with big goals is that they can crowd out quality. That’s the hard lesson the United Kingdom learned years ago in its own drive to rapidly expand apprenticeship - a decision whose consequences are still being worked out. The mechanism for apprenticeship quality assurance in the U.S. today is a process called “registration.” Generally, employers register their apprenticeship program through a formal process with the state or federal government. Registration is an important measure designed to protect the apprentice, but it also provides critical information about how many apprentices there are in the U.S., how well it’s working, and can inform decisions about how best to expand apprenticeship. Registration should not be an undue burden on employers looking to develop new programs, however, or a barrier to the continued expansion of apprenticeship to newer, high-growth industries like healthcare, IT, and financial services. As apprenticeship expands to new industries and populations like high school students, the registration process may need to adapt. Recent examples of innovative programs prove that it can. That’s promising as any apprenticeship moonshot needs a strong system to ensure mission success for apprentices, employers, and the public’s resources.

Bold goals are in vogue for policymakers these days, especially when it comes to apprenticeship. But whether or not the Trump Administration puts weight or money behind the five million apprentice goal in the coming months--or scales it back—the growing field of apprenticeship stakeholders will need to wrestle with their own visions for apprenticeship, however grand or targeted they may be. We look forward to sharing our thoughts and look forward to hearing yours.