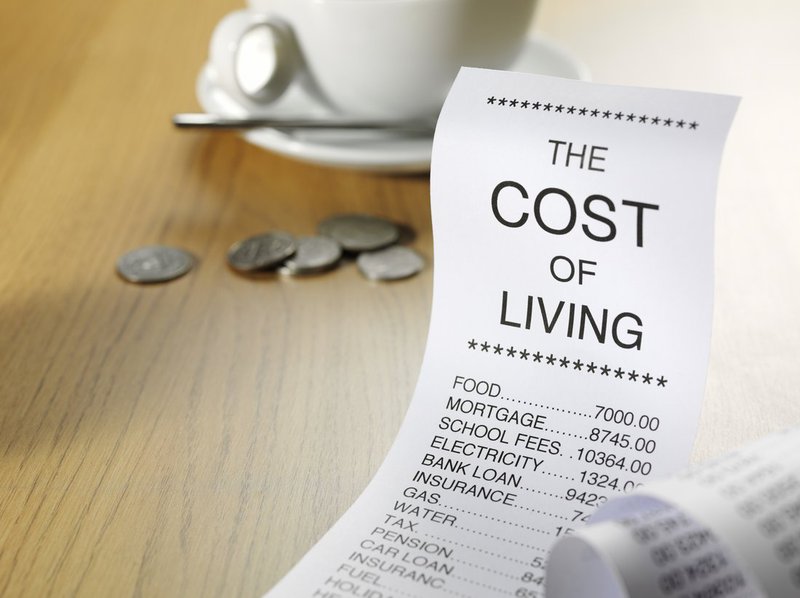 The federal government leaves it up to colleges to estimate the annual living expenses that students will face attending their institutions. This can be an extremely arbitrary process. This week, our #MoreThanTuition series will look at the ways data can highlight weird patterns in cost of attendance (COA) estimates.

Take, for instance, the estimates that colleges provide students about how much it will cost them to live off-campus. You would think that schools in the same community would come up with similar projections. But you’d be wrong.

For example, in Florida’s Miami-Dade county, which is home to nearly 80 postsecondary institutions, colleges’ estimated off-campus housing costs vary by as much as $24,000 per year. While housing costs within a city can often vary substantially across different neighborhoods, that does not explain the wide disparities in these calculations. Miami Dade College, a public four-year school that enrolls over 66,000 undergraduates, estimates that  off-campus housing will cost students nearly $22,000. Less than a mile away, Miami International University of Art and Design, a for-profit art school, projects that students will pay  just over $6,000. And a little further down the road, another for-profit school, the Miami Ad School, estimates  these costs to be near $30,000, while the University of Miami, a nearby non-profit university, calculates them to be $10,700.

This phenomenon has been documented before. For the average U.S. county with more than one school present, off-campus housing estimates vary by as much as $6,448 dollars, according to New America analysis of school-reported data. ((Schools that primarily off short-term certificates report tuition and fees on a program-basis, and are not comparable to academic year programs. These schools were excluded from this analysis.)) (The searchable map above will show these differences for any metropolitan area.)

What accounts for these vastly different estimates? It’s hard to know without further investigation. However, it’s clear that looking at what a year of study actually costs students involves highly subjective calculations, and the federal government cannot regulate how to construct these estimates. At the same time, as mentioned in our previous post, colleges have much incentive to artificially raise or lower their estimated COA. For example, since affordability plays a key role in students’ enrollment decisions, as well as many media-based college rankings, schools may reduce the expenses allocated for student living allowances in order to appear more affordable overall and to have lower net prices.

Still other schools may want to inflate their COA numbers so that their students are eligible for more financial aid. Because campus-based programs like Federal Work-Study, Perkins Loans, and Supplemental Educational Opportunity Grants are distributed based on a ratio of COA and student need, higher cost estimates can mean additional federal resources allocated to a particular school, even if their students are not particularly low-income. Recent changes in many athletic conferences have also meant that sports scholarships can be awarded based on COA, creating yet another reason for schools to inflate living costs. The National Association of Student Financial Aid Administrators (NASFAA), the membership organization for the administrators typically tasked with setting the COA, has noted the pressures that are placed on their members to manipulate the cost estimates. NASFAA’s official guidebook on developing appropriate COA estimates acknowledges the resulting tensions, noting that:

The president’s office might want to hold cost estimates down to enhance competitiveness...while an academic or athletic department might want to see higher cost estimates to enable more scholarship or grant funding...if you feel you must give in to pressure to increase or decrease the COA... do not hesitate to request a memo telling you to do so.

It’s hard to tell how often this kind of manipulation is occurring. But the wide variation in off-campus housing estimates is troubling. In Hennepin County, Minnesota, for example, estimates of off-campus housing prices vary by as much as $25,000. Much of this variation is driven by a single for-profit institution with a substantially higher off-campus housing allowance than any of the nearby schools - but even after eliminating this outlier the remaining campuses vary by over $8,500.

Depending on the particular missions and goals of each institution, we would expect them to weigh these mixed incentives quite differently, which likely explains much of the across-school variation in cost estimates. Students at schools such as Capella University, a for-profit, a mostly online institution which doesn’t offer on-campus housing, serves a lot of commuter students who may have lower expenses since many of them live outside of Hennepin county. As expected, Capella has the lowest off-campus housing estimate in Hennepin county, but at just over $4,000 it might be inadequate even after accounting for its particular student circumstances. Across the board, the high variation in these estimates might mean that students at some campuses are getting shortchanged while others are given access to more loans than they might need. What’s most problematic, is that it’s extremely difficult for an outside observer to know whether outright manipulation is happening without understanding what’s actually happening at a given financial aid office.

Research out of the Wisconsin Hope Lab has attempted to compare COA estimates to a “true” cost of living measure, suggesting that at least half of schools report COA numbers that are inaccurate by as much as $3,000.  Since the Hope Lab estimates are based on standardized regional costs, they’re likely more accurate than many institution-reported COA estimates. However, even these regional cost estimates require strong judgment calls about what is necessary to get through school, and don’t account for student preferences that may deviate from this standard in either direction. Since students within institutions each have unique needs and preferences, a COA that might work well for one student will be inadequate (or excessive) for another.

In our next post, we will dig further into these schools reported COA, tracking how these measures have changed over the last few years - and identifying schools that exhibit troubling trends.