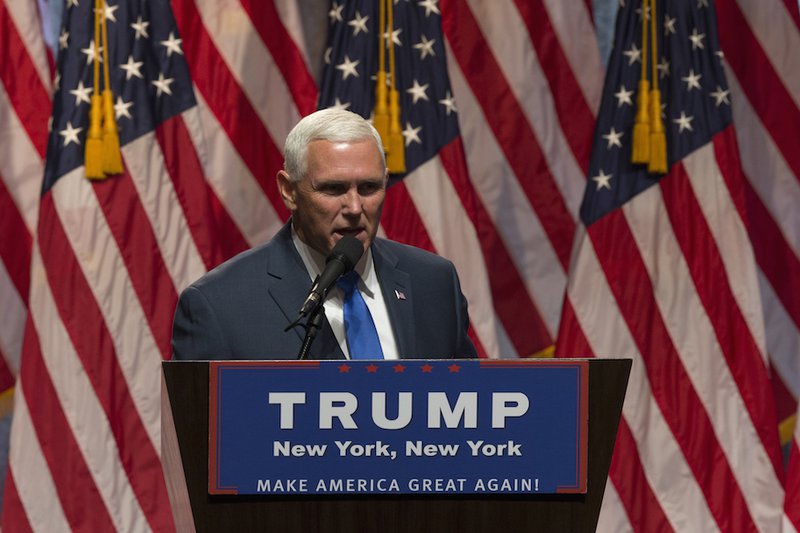 When Donald Trump chose Indiana Governor Mike Pence as his running mate, most political pundits labeled it a “safe choice.” Pence, who was elected governor of Indiana in 2012, is a reliable social conservative who has consistently pushed for tighter restrictions on abortion rights and gained national attention in 2015 thanks to his support for a “religious freedom” bill that opponents feared would allow business owners to deny services to gays and lesbians.

But while Pence is well known for being a conservative evangelical, a review of his tenure as governor reveals a politician who made improving the state’s education system a top priority of his time in office.

When Mike Pence took over as governor in 2013, Indiana was one of just a handful of states without a state-funded pre-K program available to children from low-income families. That same year a bill to create a pilot pre-K program was defeated in the legislature and was not a priority for Pence. But in 2014, after learning about the difficulties poor families faced in accessing high-quality early education Pence made the establishment of a pilot pre-K program a top priority of his administration. Pence even took the unusual step of personally testifying before the Senate Education Committee in an effort to convince skeptical fellow Republicans of the merits of such a program.

While Pence’s testimony was unsuccessful in the short term - the bill was defeated in committee - his vocal support for the establishment of a pre-K program ultimately led to the creation of On My Way Pre-K in 2014, a small pilot pre-K program that serves low-income four-year-olds in five counties throughout the state. On My Way Pre-K fully launched in the 2015-2016 school year, serving 1,585 four-year-olds. Demand for the program has been high and the state expects to serve about 2,300 four-year-olds in the 2016-17 school year.

But it was a decision Mike Pence made later in 2014 that disappointed many early education advocates. On the same day Indiana was set to submit an application for a federal education grant that could have brought the state up to $80 million in funds to expand pre-K to serve up to 2,000 additional low-income children, Pence made the unexpected decision to not submit the application after all. This decision was made despite the fact that Indiana was one of just two states labeled “category one” states, making them eligible to apply for a much larger amount of funds than their competitors.

The surprise move prompted the Democratic leader in the Indiana Senate, Tim Lanane, to issue a statement noting that “the idea that we would, at this point, abruptly throw this opportunity away is hard to fathom.” Pence defended his decision to reject the federal funds by arguing that the funds would come with requirements that could hinder the state’s pilot program. Pence also argued that it was unwise to expand the pre-K program before the state had a better idea of just how well the pilot program was working.

In June of this year, Pence surprised many by reversing course once again and expressing interest in applying for federal pre-K funding. The announcement was made at the beginning of what was expected to be a tough re-election fight, prompting Glenda Ritz, Indiana Superintendent of Schools, to label Pence’s newfound support for pre-K expansion an act of “political showboating.” Ritz argued that Pence’s earlier decision to reject federal pre-K funds had left Indiana years behind where it could be when it comes to implementing pre-K throughout the state.

While Pence has a track record, albeit a mixed one, on education issues as governor, he joins a ticket that has yet to put forth detailed policy proposals regarding early education. Recently, Donald Trump did make news by announcing that he plans to reduce the cost of child care by allowing parents to deduct the average cost of childcare spending from their taxes.

The proposal was not well received, with experts from both sides of the aisle criticizing the idea as regressive due to the fact that it calls for a tax deduction rather than a tax credit. Since about 45 percent of all taxpayers pay no individual income tax, a tax deduction would do nothing to assist most low and middle income families in affording child care. Simply put, you can’t benefit from an income tax deduction if you pay no income tax. The Trump campaign, sensitive to charges that the proposal would overwhelmingly benefit upper-income families is now considering plans to allow stay-at-home parents to also claim the deduction, though it’s unclear how exactly that would be accomplished.

It’s also worth noting that even if a tax deduction were successful in reducing the overall cost of child care for some families, it does nothing to address the quality of child care. The Clinton campaign, to their credit, has put forth a plan to help raise the quality of care by increasing the compensation levels of early childhood educators and doubling federal investments in Early Head Start and Early Head Start - Child Care Partnerships. Increasing the pay of early childhood educators is essential for retaining strong teachers and reducing teacher turnover.

It’s encouraging that Trump has chosen a running mate who has a record of voicing support for expanding early education, even if those words of support haven’t always been followed by action. And hopefully Trump’s recent talk of reducing the costs of child care will lead to increased attention from his campaign to other important early education issues, such as expanding access to high-quality pre-K options, especially for low-income families.