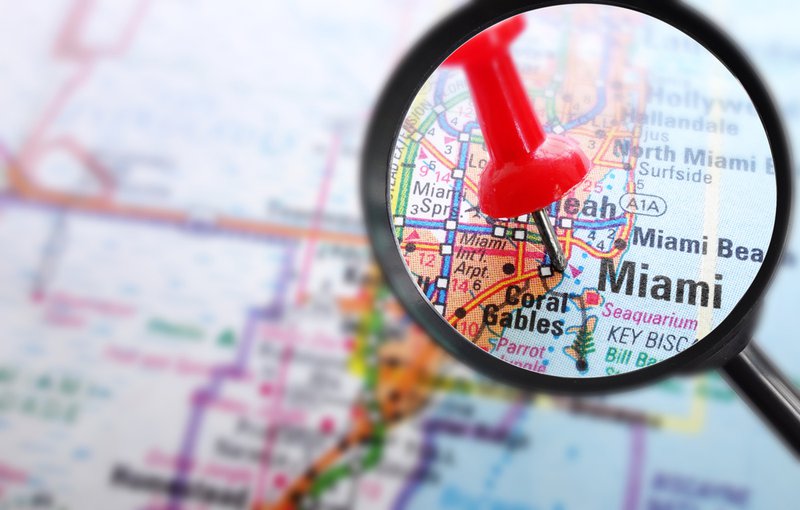 I was only six years old when I first arrived in Miami, but I have vivid memories of my first experiences at school. I remember being an ESOL kid, the awkwardness of my teacher who didn’t speak Spanish, and the camaraderie with my Spanish-speaking peers who, like myself, had just arrived from somewhere in Latin America. Looking back at my experience growing up in Miami, I realize it was filled with paradoxes. At school, everyone spoke to me in English even though Spanish was ubiquitous outside of school — at home speaking Spanish was the rule. And while most of my ELL peers learned English fairly quickly, many of them also lost fluency in their home language in the process. This happened even though they lived in a city where over a third of residents are bilingual.

The literature on language maintenance in Miami reflects my experiences. Numerous researchers have conducted studies on second-generation immigrant students in Miami, and concluded that they are experiencing “language shift” — the displacement of one language for another, resulting in reduced proficiency in a language.

A 1994 study by researchers Alejandro Portes and Richard Schauffler surveyed eighth- and ninth grade second-generation immigrant students ((Defined as students born in the U.S. with at least one foreign-born parent, or students born abroad who had lived in the U.S. for at least five years.)) in Miami-Dade and neighboring Broward County schools. They found that 99 percent of students rated their English as “well” or “very well,” indicating proficiency. A much smaller percentage said they were proficient in their home language. The researchers also found that 81 percent of the students preferred to speak English. In other words, English proficient students in Miami who spoke a language other than English at home — whether they were born in the U.S. or not — were experiencing language shift.

A more recent study by linguistics researcher Deborah J. Hasson from Florida International University (FIU) came to the same conclusion. She looked at Spanish language maintenance amongst a group of Hispanic university students in Miami. Despite the overwhelming majority (91 percent) of participants who grew up speaking Spanish at home, only 24 percent claimed dominance in both languages, while 75 percent claimed dominance in English. Importantly, the study found that participants used Spanish primarily in informal settings — like when talking to parents — but not in formal settings or even when talking to friends or siblings. ((Hasson, Deborah J. "Bilingual Language use in Hispanic Young Adults: Did Elementary Bilingual Programs Help?" Bilingual Research Journal 30, no. 1 (Spring, 2006): 45-57,59-64, 237.))

Both studies support the often cited claim that English/Spanish bilinguals in Miami speak “kitchen” Spanish, meaning they use it to address informal and domestic affairs, usually only with relatives. In other words, these students acquire a high level of proficiency in English, but incomplete proficiency in their home language.

In order to help these students become bilingual and biliterate —  meaning they can read, write, speak and understand their home language —  Miami should do more to build multilingual instruction into its schools. One of Miami-Dade School Board’s language-related goals for the district’s 77,777 ELLs charges schools with helping students “communicate and function...where Spanish or another language other than English is used.”

At present, the district’s multilingual programs are inadequate to support that goal. The district has traditionally offered Spanish for Spanish speakers (“Spanish-S”) classes, which are daily, 30-minute doses of Spanish language arts classes for students who speak Spanish at home. However, many parents have complained that their children are not getting adequate Spanish language instruction.

In recent years the district has tried other approaches to teaching foreign languages. For example, it expanded its Extended Foreign Language (EFL) Program — a type of dual immersion program that splits classroom instruction 60/40 in English and the partner language, respectively. While there are currently 81 such programs in the district, access remains limited — most are concentrated in grades K–5 and only a few are offered in middle and high school. What’s more, the demand for the programs far exceeds the supply, so most only accept students in grades K–1 and it’s rare for slots to open up in the later grades. Meanwhile, the district has simultaneously cut back on Spanish-S classes and eliminated them in the elementary grades altogether. This move — coupled with the inaccessibility of EFL programs — means that many students have been left with few resources to learn Spanish (or another language) in school.

Largely in response to the public outcry, Miami-Dade has paused these changes. Instead, the district recently announced the creation of a task force that will recommend ways to integrate high-quality Spanish (and other foreign language) instruction in schools, and to expand access to this instruction to all students. The district also plans to allocate over $4 million for a new curriculum with original Spanish-language texts for EFL programs. Finally, it’s committing resources to expand professional development opportunities (and increase PD stipends) for Spanish teachers.

Increasing the quality of Miami’s EFL programs is difficult, considering schools in Miami face major obstacles finding qualified Spanish teachers, despite the abundance of Spanish speakers in the city. The problem circles back to the “kitchen” Spanish phenomena — many  bilinguals don’t have the level of proficiency necessary to teach Spanish — and to the dearth of bilingual residents in the teaching field. In a city where 65 percent of the population is Hispanic, this is resource loss at its worst.

Interestingly, the district recently partnered with FIU to create a graduate Bilingual Education Certificate Program that will launch in the fall — pending the school board’s and FIU’s approval. Hopefully this program — which would prepare already-certified instructors to teach a foreign language — will improve bilingual instruction in schools and provide a replicable partnership model. The district should consider establishing a similar partnership with Miami-Dade College that creates a teacher pipeline and provides incentives to add the certification in bilingual instruction. It could focus on recruiting local bilingual high school students to become teachers that will go back to Miami-Dade schools and teach Spanish or other high-need foreign languages.

Strolling through the city, you’re likely to hear Spanish, English, Spanglish (the common mix of the two), Portuguese, Russian, and/or Haitian Creole. It would be a tragedy for students that come from such linguistically diverse homes to miss out on the opportunity to become truly bilingual — and to reap the considerable cognitive, cultural, and economic benefits of bilingualism. Schools can help prevent this tragedy — it’s just a matter of equipping them with the right tools to help students develop their home languages.