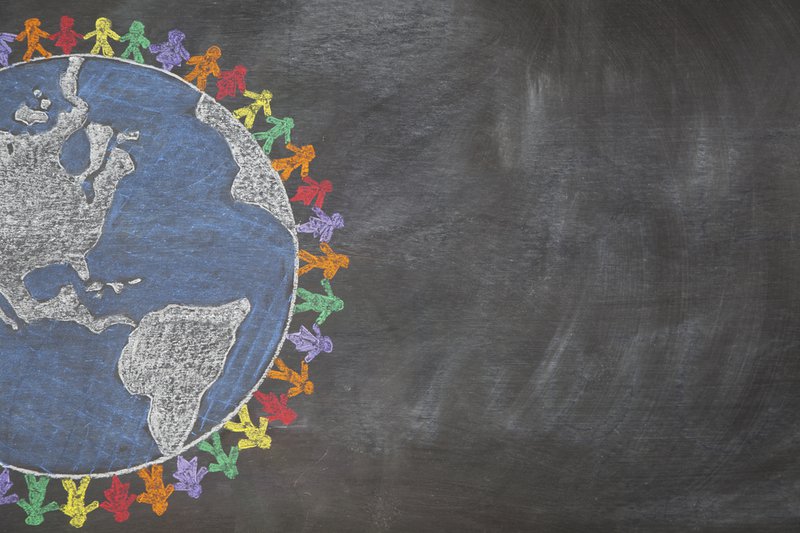 In February the Office of English Language Acquisition and the White House Initiative on Educational Excellence for African Americans teamed up to bring attention to students that are often overlooked—Black English learners (ELs). The event, Celebrating the Diversity of the Black Student: Supporting the Black English Language Learner, featured key leaders in this space focused on the challenges Black ELs face today, how they are being supported in the K-12 system, and the important role families and community members can play in ensuring these students are being served equitably. In order to understand these dynamics, however, it is important to understand where these students come from, where they reside, the languages they speak, and most importantly, how these various experiences coalesce to shape how the education system interacts with the intersecting identities of Black English learners.

Between 1980 and 2013, the Black immigrant and refugee population in the U.S. more than quadrupled, going from roughly 800,000 foreign-born nationals to about 3.8 million. Among foreigh-born Black ELs, the top five countries of origin include: 1) Haiti; 2) Dominican Republic; 3) Kenya; 4) Ethiopia, and 5) Africa, not specified. Among native- and foreign-born Black/African American youth ages 5–17, foreign-born Black students are more likely to speak a language other than English at home (58.3 percent) compared to 3.3 percent of U.S.-born Black students.

There are over 200,000 Black ELs enrolled in grades K-12 across the country (roughly 2.6 percent of the total Black student population), and as Figure 1 shows, they are more likely to reside in states not commonly thought of as top EL destinations. When it comes to the K-12 population, recent data identify Black ELs as the fourth largest race group among ELs at 3.9 percent, behind Latinx (77.2 percent), Asian (10.3 percent), and White (6.3 percent). Among all Black ELs, 40 percent speak Spanish at home (see Table 1 for the top five languages among Black ELs).

Just as ELs are a heterogeneous group of students, Black ELs reflect the rich diversity of the Black community in the U.S., but their racial identity can often overshadow other intersecting identities and associated academic needs. According to Patriann Smith, associate professor at the University of South Florida, “all racialized students are positioned as inferior in the U.S. regardless of the privileged status that may be ascribed to the languages or personhood of certain student populations at large.” As a result, many students who belong to the EL group experience issues of racism, discrimination, and xenophobia in the education system, including Latinx and Asian students. For Black ELs, however, issues of language, culture, and race can be harder to separate which means we cannot equitably meet their needs without addressing anti-Blackness that reverberates through our education system.

During the event in February, when Dr. Ayanna Cooper was asked about the challenges Black ELs face today, she centered the issue around what it means to be Black in the U.S. As Dr. Cooper noted, Black ELs have to grapple with what it means racialized in the U.S., an experience that is often new to some of these kids, especially those that came from a place where they were in the majority. Sharifa Sheyba, for example, a special education teacher in Saint Paul, Minnesota poignantly recalls the shock she experienced when she first arrived from Africa 13 years ago. During a New America event last month, Sheyba shared she was not accustomed to limitations being placed on her by teachers because of her race or identity as an African-Muslim woman in her home country. This reality shifted once she arrived in the U.S. as teachers were unforgiving about her accent and had low expectations of her skills as a student. As a result, instead of supporting her aspirations to become a doctor, the all-white teacher workforce in her school crushed her morale.

As is the case for English learners as a whole, Black ELs can be faced with teachers who lack culturally responsive, effective techniques and strategies to teach them academic content and support their language acquisition. A lack of understanding for their diverse cultural and linguistic backgrounds can lead to teachers inadvertently infringing on these students’ rights to receive appropriate language supports, which often manifests in Black ELs being misidentified/underidentified for EL services. During the webinar Dr. Cooper recalled a time when she witnessed a teacher pull a Black EL out of his ESL class because he ‘didn’t look like he belonged there’. These assumptions percolate outside of the classroom as well. Community leader Maimouna Dieye shared during the webinar that while thousands of languages are spoken, assumptions are often made by school staff on what language a family speaks which affects the translation services and tools that are provided to ELs and their families.

Even bilingual education, which aims to help EL students sustain their home languages and cultures, has long-omitted U.S.- and foreign-born Black ELs because according to Smith, the system has inadvertently created a hierarchy among racialized students in a manner that prioritizes some languages over others. In recent years, a handful of school districts have attempted to address this gap by implementing dual language education programs in a greater range of languages. These programs build on the cultural and linguistic backgrounds of diverse student groups as they reach English proficiency and provide all students with academic and social benefits. Dual language programs can also ensure students who are often not represented in the curriculum, like Black ELs, are given an opportunity to learn from their histories and create a greater understanding of diverse cultures among the English-learning community.

Dual language programs have been slow to adapt to the various languages spoken by Black ELs, but the dual language Haitian Creole programs in Boston and New York City signify a step in the positive direction. The two way immersion program in Mattapan, Boston, for example, exemplifies how these programs can be used to meet the needs of Black ELs who speak less common languages. And thanks to this program, Haitian parents hope their children will know where they come from and teach them their home language. Though still new, other schools can follow in similar footsteps to actively create spaces where all ELs feel celebrated for the linguistic capital they bring to their schools and communities.

Young children of Black immigrants are one of the fastest-growing groups of the U.S. child population, and ignoring the cultural and linguistic diversity among Black ELs creates real barriers to their education. As we celebrate April as National Bilingual/Multilingual Learner Advocacy Month, it is critical that we reconsider assumptions about what a ‘typical EL’ looks like and start tapping into the assets of communities of color to inform teaching practices and learning. Moving forward we must continue to examine the education systems and structures that perpetuate racial inequality by recognizing when injustices are happening in the first place. Only then will we begin to make progress towards linguistic equity among English learners.