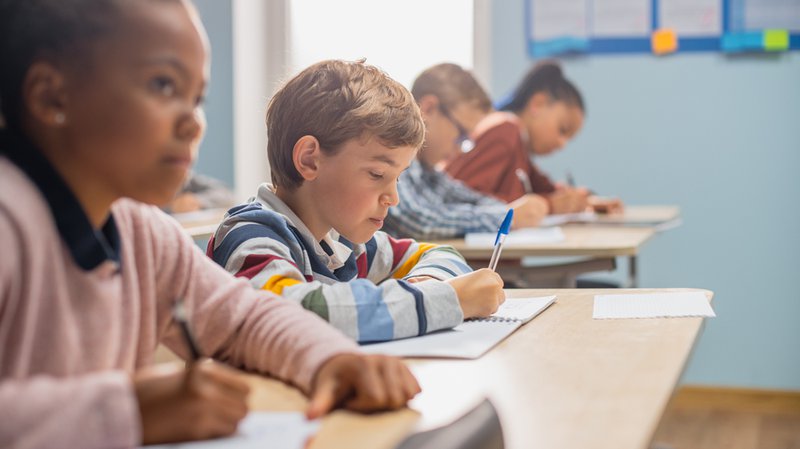 Given the interrupted schooling and assessment schedules over the last two years, many are looking at newly released national and state-level standardized assessment data to provide a picture of how the pandemic impacted student learning. Collectively, these data have painted a bleak picture for all students so much so that national education researchers and advocates have called for a complete reimagining of our education system. Of particular concern are reports that those struggling the most are historically underserved students including students with disabilities, English learners (ELs), and economically disadvantaged students. And while it’s true that ELs faced tremendous barriers in accessing and participating in remote learning, it is also true that standardized assessments and data systems have significant blind spots when it comes to measuring the academic standings of EL students. .

First, the monolingual approach to assessments in the US often prevents us from truly grasping how ELs are doing academically. Not only are ELs not represented in the student groups used to norm standardized tests (paywall), but every test, whether it be science, math, or social studies inadvertently tests the English skills of these students. This means that any test can present language demands on ELs that may get in the way of their ability to show what they know. As a result, researchers have long-questioned whether academic assessments conducted in English provide an accurate and valid representation of what linguistically diverse students are capable of academically.

Second, unlike students that are grouped based on more static traits such as their race/ethnicity, disability status, and/or socioeconomic status, EL classification is supposed to be temporary. Each year English learners who have met the state’s criteria to be reclassified exit the EL subgroup, which means the composition of the group is constantly changing. This revolving door of students makes it difficult to understand the progress ELs are making and consistently makes it seem that they are underachieving compared to their non-EL peers. This is because EL students tend to do better on academic tests as their English proficiency grows which means the subgroup is constantly weeding out its highest scoring students as they are reclassified.

This phenomenon is not new as researchers have coined it “the gap that won’t go away”, and our team has called attention to this issue in the past. Importantly, though, continually focusing on the (artificial) achievement gap between English learners and their non-EL peers perpetuates low academic expectations for linguistically diverse students based on a misguided understanding of their perceived academic abilities. In fact, research demonstrates that large-scale standardized tests can reinforce deficit beliefs about traditionally disenfranchised students and be used to continue to marginalize them. And unfortunately, research also finds that some teachers indeed have lower expectations for ELs and their ability to handle rigorous instruction. Together with the overreliance on standardized assessments in the US, these conditions feed into a cycle of underserving EL students.

Given the limitations surrounding how EL students are assessed and the data produced by these assessments, educators, researchers, advocates and policy makers should take caution when analyzing and making high-stakes decisions for students currently identified as EL using assessment data. States and districts looking to improve their assessment and accountability systems for both current and former English learners can start by asking some central questions:

English learners are not a homogeneous group of students with identical needs, backgrounds and academic capabilities. There are students considered long-term ELs (LTELs) because they have not been reclassified after a certain number of years (often six or seven years). Others have recently arrived from abroad, some of whom may have experienced limited and/or interrupted education (SLIFE/SIFE) in their home country or in transit to the US. Not to mention the varying needs of ELs based on age, grade, and even, English language proficiency level.

Yet we expect one data point to tell us everything we need to know about the linguistic and academic needs of these students. Indeed, most states aggregate the performance of all ELs into one group. This practice not only masks the outcomes of a diverse group of students, but it also prevents educators from offering targeted and differentiated supports.

To provide a more accurate picture of the academic needs of individual students, states should, at minimum, disaggregate assessment data for current and former ELs. For example, data from Texas and Massachusetts show that former ELs often outperform students who have never been identified as ELs on state standardized assessments. And calls to adopt this approach are growing. In California, for example, a new report implores the state to discontinue the use of the aggregate EL student group due to the fact that combining data from both groups of students masks the differentiated needs of these students.

Mitigation strategies have been developed over the years in hopes of improving the validity of EL assessments. As such, accommodations that provide direct linguistic support to ELs on tests were developed such as: bilingual glossaries or dictionaries; providing interpreters to translate directions/test questions; and providing directions and/or test questions in simplified English. States also have the option to offer assessments in students’ home language, often referred to as Native language assessments. As of 2020, 31 states plus the District of Columbia offered Native language assessments, most commonly in math or science. However, there are many practical considerations states face when determining whether these tools are appropriate for their ELs, and information about how often accommodations and/or Native language assessments are utilized is limited. On the NAEP, for example, although the percentage of ELs that are provided accommodations has increased, EL students are still more likely than not to be assessed without accommodations.

Previous research has found that the process of reclassifying students entails finding the sweet spot between student need and where the benefits of receiving linguistic support begins to drop off. In other words, if students are reclassified too soon they may lose necessary supports before they are ready to be on their own, and if students remain ELs for too long, more rigorous and advanced coursework may be withheld unnecessarily. Given the high stakes implications of having the wrong exit criteria, states should evaluate whether the English language proficiency score used to reclassify ELs appropriately identifies those that are ready to exit by analyzing the academic achievement of recently reclassified ELs.

New Mexico recently conducted their own analysis and found that reclassification did not have a clear effect on student achievement, which may indicate that ELs may not have been ready to be reclassified, among other plausible rationales. Studies such as these can help state and local education leaders identify where ELs need more targeted support whether they are still classified or not.

The long-standing narrative about English learners has been that they “lag behind” their non-EL peers academically. However, given the limitations with how ELs are assessed and the data these tests produce, it is clear that ELs’ scores on standardized assessments should not be taken as a holistic indicator of their perceived academic capabilities or to indicate that they are academically inferior. These three questions should be a starting point for larger discussions about how to improve ELs' educational experiences and to refine data systems to reflect the realities of the population, promote asset-based orientations, and help better direct resources to different populations of language learners.