Local Communities are Stepping Up to Fund Pre-K 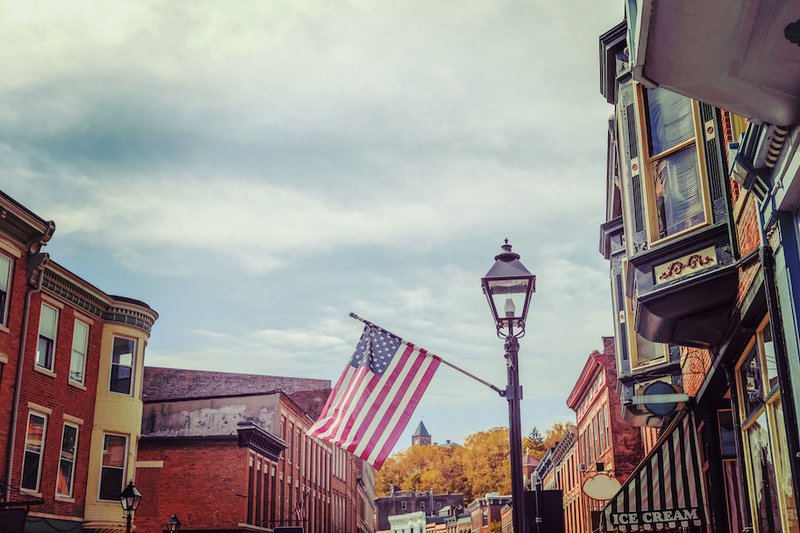 Nationwide, only four out of ten four-year-olds attend pre-K each year, despite the widely accepted array of benefits an early start to education can provide a child. A strong entry into kindergarten, a higher likelihood of high school graduation, and greater lifetime earnings are just a few. In aggregate, the individual benefits of pre-K can lead to significant economic gains for society over time—a strong argument for viewing pre-K as a public good, and one well worth public investment.

Despite its many benefits, one of the biggest barriers to pre-K attendance is lack of access to programming. While state funding for pre-K is on the rise across the country, there is still great variation in the availability of voluntary pre-K. Options remain particularly limited for children from low-income families—children for whom an early start to education can help close the achievement gap that only grows wider with time. Only 28 percent of four-year-olds are enrolled in state-funded pre-K programs nationwide, and some states still don’t offer pre-K at all.

While state and federal funding shortages for pre-K programs continue to limit families’ options, some local communities are allocating funding to create programs tailored to suit the needs of their residents. In a new report from the American Institutes for Research (AIR), authors Susan Muenchow and Emily Weinberg compare local pre-K initiatives across ten cities in the U.S. and suggest ten questions that any city or community working to expand pre-K opportunities for its residents should consider.

According to Muenchow and Weinberg, the top issues for consideration include: whether programs should target specific populations or ages of students; the quality factors that affect programming including adult-to-child ratios and teacher qualifications; the cost of paying for programming and the methods for doing so; the types of settings and administrators likely to be successful; and, how localities can win the support of the public that will ultimately finance the created programs.

In assessing the weight of each of these issues, the authors looked at results from a diverse set of pre-K programs in Boston, Denver, Los Angeles, New York City, Salt Lake, San Antonio, San Francisco, Seattle, District of Columbia, and West Sacramento. Of these ten initiatives, only Salt Lake’s programming specifically targets low-income, disadvantaged children while not focusing on universal access as a primary goal. The other nine programs vary in their consideration of program structure and purpose. This determination of what population of children to target (if any) is particularly interesting, as there are a host of arguments in favor of both universal and targeted pre-K. Universal programs often have greater political buy-in because all families have the potential to benefit, which can lead to more stable sources of funding. On the flip side, as the authors note, targeting pre-K to disadvantaged children brings the greatest return on the public’s investment, particularly considering the high price tag for high-quality pre-K programs.

The role of quality in preschool programming is not an issue to simply gloss over, either. The AIR report combines many highly contested, complex issues under the umbrella of “quality” in its list of top considerations, including teacher qualifications, the importance of play and socio-emotional development in curriculum, and teacher pay. Any one of these issues is likely to engender significant debate—and for good reason. Research shows that for children, particularly those from low-income backgrounds, to benefit from pre-K it must be high-quality. But, high-quality programs and the resources necessary to provide them (i.e., well-educated, highly trained teachers and research-based curriculum) aren’t cheap.

The question of how cities can restructure funding streams to support the creation of quality pre-K programs is perhaps the most practically relevant issue addressed by this report. Muenchow and Weinberg outline the mechanisms utilized by each of the ten selected cities, including the use of sales taxes, property taxes and set-asides, social impact bond programs, family fees, and federal Title I dollars. Social impact bonds are a relatively new method for funding education programs. Recently, Salt Lake began experimenting with a pay-for-performance funding model, where Goldman Sachs fronted the initial investment money, to be repaid as the program began producing successful outcomes for participants. The risk is primarily borne by the investment firm, on the chance the program is not successful.

Alternatively, sales taxes may be one of the only ways for a city or municipality to successfully raise enough funds to support a large pre-K initiative, though they also often require the majority vote of a community to levy them—a significant barrier. Public support is a major component of any successful initiative, and as the report’s authors point out, the support of a local leader is often the determining factor in whether or not a program will gain traction. Further, winning public support for pre-K spending city by city has the potential to create enough movement to move the needle on state education spending on an even larger scale.

Too many children each year go without the opportunity for a strong start to their education. If states and the federal government continue to hold back on financial support for pre-K initiatives, even more local communities will need to step up to meet the needs of the nation’s youngest learners.

Correction (June 21, 2016 at 10:43 AM):  This post originally indicated that Salt Lake City was the only city of those studied in this report whose programming specifically targeted low-income and disadvantaged students. The accurate finding has been corrected in the post above.