The "Triple Segregation" of Latinos, ELLs: What Can We Do? 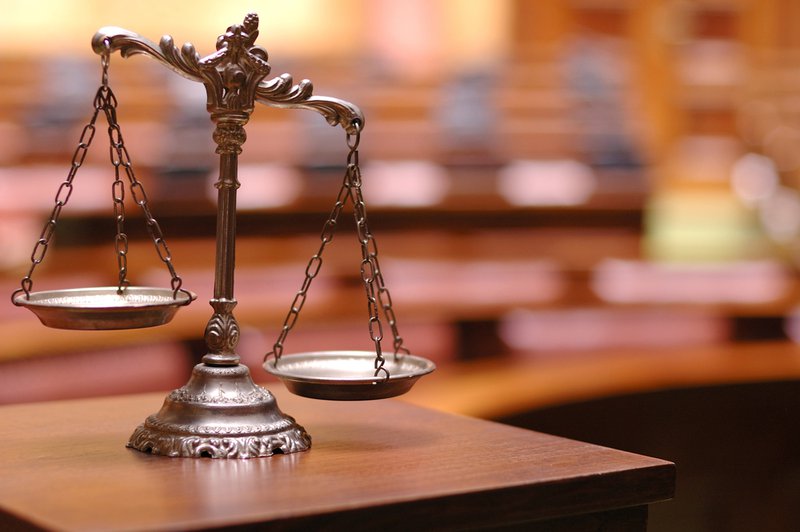 Most of us learned about school segregation in the context of the Civil Rights Movement and Brown v. Board of Education. In the 1954 Supreme Court decision, Chief Justice Earl Warren proclaimed that “separate but equal” doctrine had “no place” in America public education, concluding that separate schools are “inherently unequal.”

The ruling largely aimed to dismantle state laws in the South that segregated African American and white schools. However, according to a 2014 report by the UCLA Civil Rights Project, “extremely little attention” was given to the issue of Latino school segregation at the time and for years afterwards. In part, this was because such segregation was literally impossible to track until the late 1960s since many districts did not include Latinos in reports of their enrollment. When the federal government began implementation of the Civil Rights Act of 1964, new policies required districts to measure Latinos as a separate demographic.

Now, over sixty years after Brown, data shows that — in all regions of the country — Latino school segregation has intensified over the past several decades. Last month, a Huffington Post article dubbed this “the big education problem that no one is talking about.” The percentage of Latino students who are in a virtually all-minority school — defined as 90 to 100 percent of the student population — has dramatically increased, particularly in Western states such as California, Arizona and New Mexico. Over 44 percent of Latino students in the West now attend one of these intensely segregated schools, compared to 28 percent in 1988, and today's average Latino student attends a school that is 57 percent Latino. Moreover, ethnic segregation mirrors class-based segregation, with 45 percent of Latinos in high-poverty schools compared to 8 percent of white students.

Why is this segregation happening? And how does it uniquely impact Latinos and English language learners (ELLs)?

Due to the large influx of Latino students, whose enrollment has increased by an incredible 495 percent since 1968, the Civil Rights Project points out that Latino school segregation has become “much more severe” as trends of housing and immigrant settlement have become more segregated. Residential patterns underlie the transition from de jure to de facto segregation: governing laws no longer directly trap students of color in weaker schools. Instead, access largely depends on where a family can afford to live, because neighborhood schools’ enrollment zones determine which communities get access to which schools. So, students of color — both Latinos and African Americans — often face a “double segregation” along racial and socioeconomic lines. Numerous studies show how this negatively impacts academic achievement. High-poverty, high-minority schools typically have higher dropout rates, higher student mobility, more difficulty hiring and retaining effective teachers, and lower academic achievement than more socioeconomically diverse schools.

But, a third form of segregation is largely unique to Latinos: linguistic isolation. This is particularly detrimental to the subset of Latino students who are learning English. Of course, not all Latinos are English language learners (ELLs), and not all ELLs are Latinos. However, over 70 percent of all U.S. ELLs are native Spanish speakers, so the populations overlap in significant ways.

Segregation by language is problematic for ELLs — including Latino ELLs — because meaningful exposure to English-speaking peers and contexts is vital for acquisition of English. And the linguistic segregation that Latino ELLs face occurs on several levels. In addition to often being segregated into schools with predominantly poor, Latino, English-learning populations, Latino ELLs can then be segregated within a school into classes that isolate ELLs. This further undermines their exposure to English, particularly to native English-speaking peers. Beatriz Arias, Vice President of the Center for Applied Linguistics, concluded that many “Latino ELL students are on a dead-­end street” because “they attend schools which are predominately Latino and [then] get ‘tracked’ into ESL ghettos, where their exposure to native English speaking peers is further compromised… Consequently, many students are limited in their access to the very medium they require to succeed.”

Federal guidelines and a toolkit released earlier this year by the Department of Education and Department of Justice explicitly warn against this. An entire chapter of the toolkit emphasized the need for inclusive environments, citing research that ELLs “may be at risk for school failure, delayed graduation, and negative academic self-concepts” when unnecessarily segregated from mainstream classrooms. Esther Cepeda, a Washington Post columnist and former ELL educator, recently shared similar concerns that ELLs were “too often herded into ‘self-contained’ classrooms with a Spanish-speaking teacher and left on the margins.”

“There’s no question this nation’s non-native-English speakers deserve support and special programming in order to learn the new language as quickly as possible. But there’s no reason to ghettoize them and keep them apart from their peers,” Cepeda said.

In Arizona, a restrictive four-hour long English Language Development (ELD) block mandated by the state legislature means that ELLs are segregated from English-speaking peers for most of the day (although districts have recently been permitted to cut down on this time for some students). With the ELD block, ELLs often miss out on content areas like science, social studies and math since little instruction time remains after one hour each of English grammar, reading, vocabulary, and writing. Moreover, studies that compare the ELD block instruction with general education classrooms note that ELD blocks do not raise student academic achievement, and do not meet the language needs of ELLs. When Los Angeles tried to implement segregated English blocks in elementary schools, there was backlash from both parents and educators.

On the level of instructional design and programming, most districts and schools have control to integrate Latino ELLs with their English-speaking peers as much as possible. But, the much larger problem to tackle is the de facto segregation among schools in the first place, which has its roots in housing and economic disparities. What can districts and states do to promote integration in the face of such massive, systemic inequities?

First, magnet programs can promote integration in socioeconomically segregated neighborhoods. When upper-class, white families have more options within their part of the public school system, they are more likely to participate. As This American Life recently reported, Hartford, Connecticut created a system of regional magnet schools in more impoverished parts of the city to attract students from the surrounding affluent areas. They launched a massive marketing campaign, using professional consultants that work with companies like Apple and Pepsi. Funds for these efforts came from a lawsuit filed against the state. However, the lawyers believed that “[d]esegregation would only stick if people chose it” so they needed to “get the courts on [their] side, but [they] needed the public even more.”

This is a key lesson: for integration to “stick,” efforts must build public demand and appeal to self-interest. That is, suburban families in Hartford are not primarily integrating because of deeply held philosophical beliefs about integration and collective responsibility (even though several families told This American Life that they welcomed the diversity as a secondary bonus). They voluntarily choose these magnet schools as the best option for their child. Integration happens as a result.

Dual immersion bilingual programs — where students learn content in both English and a target language —  have similar potential to support voluntary integration, particularly to desegregate Latino communities. Studies show that dual immersion programs significantly boost the long-term academic achievement of both ELLs and of native-English speakers through the cognitive benefits of bilingualism. In many districts across the country, demand for immersion programs exceeds the number of seats, and most of this demand is coming from white, middle- or upper-class families who want their children to be bilingual.

The expansion of magnet schools and dual immersion programs would not only help integrate our schools, but increase the academic achievement of all students. In a society that is increasingly diverse, we should be deeply disturbed that schools are becoming more segregated — socioeconomically, racially, and linguistically. It is time for us to make a long-term investment in ensuring that “inherently unequal” schools have no place in the 21st century.