Integrating Native People in Curriculum: Learning from the Past and Current Voices 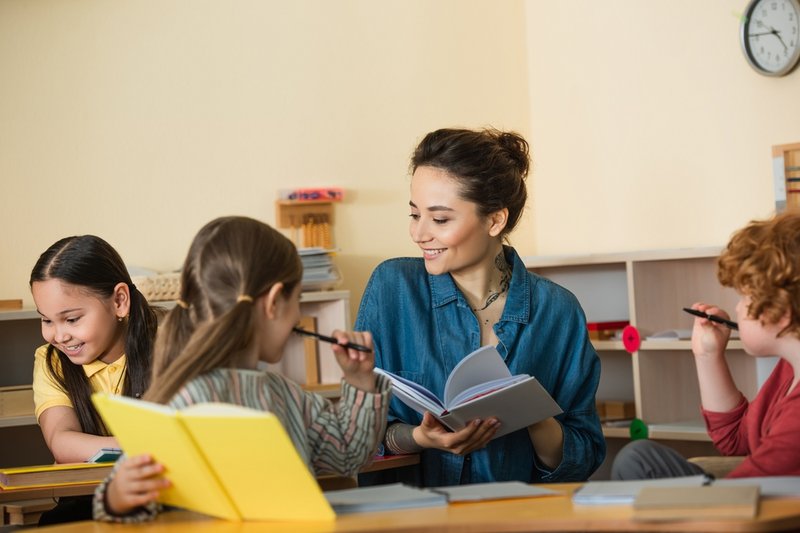 As 2022 ends, it can be tempting to forget intentions set during November, National Native American heritage month. Thus, take time to reflect on the reasons why the nation intentionally recognizes Native people and strategies to implement in learning environments.

Having familiarity with the complex history of Native peoples, Native peoples’ perspectives, and media representation of this social group can be helpful in understanding the importance of intentionally integrating Native history, culture, and people in educational experiences.

The 1972 Indian Education Act (IEA) and the Indian Self-Determination and Education Assistance Act (ISDEAA) of 1975 were established to address the unique needs of American Indian and Native Alaskan learners and ensure the involvement of parents and tribal members in developing education programs. These acts counter the forced assimilation, family separation, and the erasure of cultural practices and language caused by the boarding schools developed from the Civilization Fund Act of 1819. The purpose of the Civilization Fund Act was to introduce Native people to “the habits and art of civilization,” and teaching was one way to do this. The boarding schools developed from this act were administered by Indian Affairs, under the federal government’s War Department at that time, separated children from their families, and engaged children in programs meant to “civilize” them, which in some cases led to abuses and malnutrition. Many experiences that occurred because of boarding schools negatively impacted Native communities, causing intergenerational trauma.

Unlike the Civilization Fund Act, the 1972 IEA emphasizes culturally appropriate and effective pedagogical practices and fostering knowledge of Native communities and culture, languages, traditions, and Tribal histories. While some Native learners attend schools operated or funded by the Bureau of Indian Affairs, the majority of Native children attend U. S. public schools. Therefore, it is important to understand if more contemporary education experiences have fostered experiences that support and are effective for Native learners and also accurately represent Native people.

Gaining more insight about Native people’s experiences in schooling and how Native people are included in educational settings can be helpful. For instance, when recalling experiences in her childhood for a Native Hope blog post, Joanne Nani Lewis, member of the United Confederation of Taíno People and 2012 first runner up of Miss Indian World, stated that history books centered on the arrival of Columbus and death of Native people. She also indicated that her heritage was often associated with witchcraft, and these experiences negatively impacted her. It took time and support from her family and tribe to shift her perspective, recognize the inheritance of strength from her ancestors, and celebrate and honor her culture.

These experiences are not unique to Lewis. The Reclaiming Native Truth research report provides information about a range of issues concerning Native people and perspectives from non-Native people, which include education and representation. This report consists of several studies using a variety of research methods (i.e., focus group, surveys, and interviews) to gather information comprehensively. In a focus group of Native Americans, those who attended public schools and whose children attend public schools stated the curriculum rarely addresses Native history and when it does, there are inaccuracies. Another focus group of participants who ranged in racial and ethnic demographics (i.e., Caucasians, African-Americans, Hispanics, Asian Americans, Pacific Islanders) also indicated the inaccurate and lack of historical knowledge about Native people. Teachers and parents within these studies also remarked on the underrepresentation of Native people, inaccuracies, and lack of coverage about the history of Native people and the pre-Columbian era.

Findings from Reclaiming Native Truth and Lewis’ recounts of experiences at school parallel those found studies presented in the New America research report The Representation of Social Groups in the U.S. Educational Materials and Why It Matters. A 2019 study of children’s books, revealed of the 3,717 books they received from U.S. publishers, 43 (1.2 percent) were about Indigenous people, and 2020 analysis of award-winning books showed that of its sample, 2.2 percent of books’ primary race/ethnicity were American Indian. In an examination of illustrations within history textbooks, the analysis found that of the 5th grade textbooks less than 1 percent featured Native Americans, of the 8th grade about 5 percent, and of the 11th grade 3 percent.

When considering how Native people are portrayed, it is common for aspects of different Tribes to be mixed together or associated with the Plains Indians (e.g., feathered headdresses, beaded shirts with fringe, etc.). Characters are often presented one-dimensionally and oversimplified (i.e. lacking emotions or personality) Historical fiction and nonfiction often distort or erase events. For instance, some texts exclude the removal and relocation of Native people and refer to the region of the Americas as uninhabited or empty. Scholars and practitioners also noted many texts are presented from the European perspective rather than those of Native people.

While there are false and limited portrayals of Native people and related events, there are some instances of authentic and affirming portrayals. These narratives stimulate children’s imaginations and accurately educate readers about cultures and history, such as the inclusion of a specific Tribe’s (i.e., Choctaw) tradition of marriage and storytelling and experiences of Native people in residential schools. Such depictions also present Native people in contemporary circumstances, fuller nuances of historical figures, and distinctions between individual Tribes.

Having more accurate and authentic portrayals of Native people support students' engagement and connection to academic content, particularly those of Native heritage, and inform students of the experiences of Native people and historical and current events. When we think about what the 1972 IEA and the 1975 ISDEAA aspire for education versus how education currently supports Native learners and portrays Native people in the curriculum, it is clear improvements are needed.

The Tribal Communities in Schools (TCIS) project is one example of projects that have emerged in recent years to change their schools for Native learners. For educators who may not be a part of these types of projects, being intentional about the kinds of materials and experiences offered regarding Native people is essential. While heritage month, Indigenous People’s Day and Day of Remembrance may be touch points, here are some ideas for doing better: