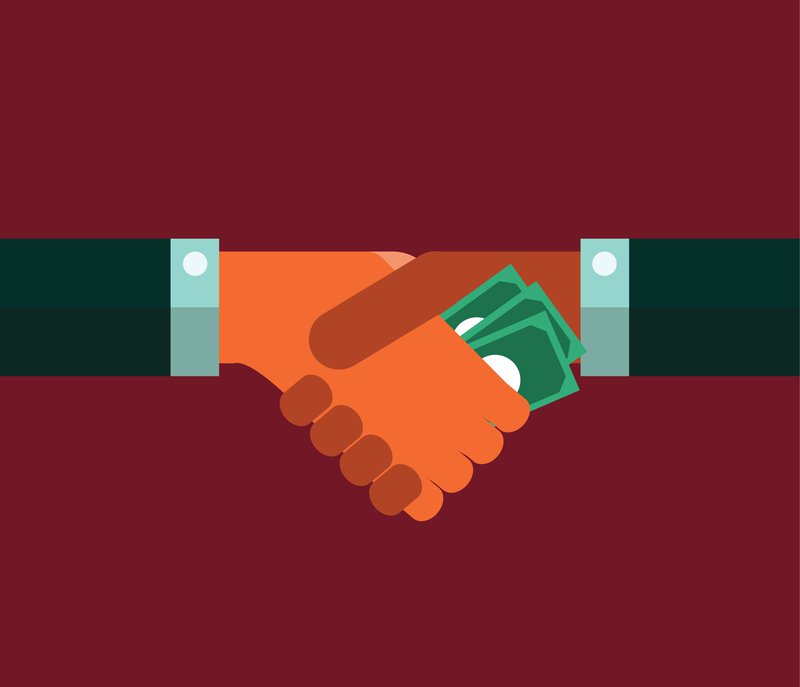 Having finally passed a bipartisan, and long overdue, update to No Child Left Behind, Congress now turns to update another (overdue) law—the Higher Education Act (HEA), which regulates everything from the federal student loan program to the types of information about college costs and outcomes that schools have to provide students and families. Unfortunately, “updating” HEA will likely mean deregulating the higher education industry, rather than tackling trickier issues around college costs and outcomes. That’s because of a Senate task force report released a year ago that was written by the higher education industry itself. While industry lobbyists having a say in legislation is nothing new, the higher education lobby holds an exceptional level of influence in Congress that bodes poorly for students, parents, and taxpayers.

The story of how the higher ed industry came to write its own legislative recommendations begins in the fall of 2013, when a bipartisan group of senators created the Task Force on Government Regulation in higher education. The task force was charged with producing an “in-depth study of the nature and extent of federal regulations affecting institutions of higher education, with a focus on regulations stemming from the Higher Education Act and, more broadly, the Department of Education.” In not Senate-speak, the Task Force was meant to examine the regulations around higher education.

Higher education industry in charge of legislation to regulate itself. What could go wrong?

One would think that an official Senate-commissioned task force on deregulation would comprise a diversity of stakeholders and views including but not limited to representatives from the higher education industry. This particular task force’s 16 members, however, were all representatives from the higher education industry. Nary a student, parent, consumer advocate, state government, non-industry voice was to be found. On top of that, the Senate asked the main higher education lobbying association, the American Council on Education (ACE), to support the work of the task force. In the end, ACE not only hosted and organized the meetings, but wrote the bulk of the Task Force’s report.

This arrangement is unusual, to say the least. Imagine the Senate Committee on Energy and Natural Resources creating a task force on federal regulation of the energy industry that was comprised solely of representatives from the oil industry, and asking the American Petroleum Institute to organize the meetings and write the report. It should cause an uproar. But when it comes to turning over higher education policy to the industry’s lobby, we don’t even blink, because we historically haven’t seen colleges as an industry with its own interests separate from student interests.

But that’s exactly what it is. And that industry’s champion is Senator Lamar Alexander (R-TN), a former college president and current chair of the committee responsible for rewriting the law, who has stated that his “principal goal in higher education is to deregulate it.”

This particular task force’s 16 members were all representatives from the higher education industry.

Unfortunately, the ACE/Senate report, written by the industry the senators are meant to regulate, will likely form the foundation of the Senate’s efforts to deregulate that same industry. That’s because the creation of this task force was bipartisan: it also included Barbara Mikulski (D-MD), Michael Bennet (D-CO) and Richard Burr (R-NC). Normally, bipartisan cooperation might mean balance and a inclusion of a wide range of views. In this case, however, there is longstanding bipartisan support for doing whatever the higher education lobby wants.

Not all regulation of the higher education industry is smart regulation, and there are, of course, many requirements of institutions that are clunky, burdensome, and not related to student outcomes that could and should be repealed or changed (see New America’s how-a-burden-becomes-a-law serieshere, or how to reduce the burdensome data-collection requirements here). But at a time when Americans are becoming more concerned about tuition and debt, and more skeptical of the quality of the education they receive, a blanket push for “deregulation” misses the point. We need smarter regulation, which may mean fewer regulations in some cases and more in others. We need to hold schools more accountable for their outcomes, and that certainly would include regulations that the industry isn’t going to like.

The principal goal in higher education should be furthering and bettering the outcomes for students, which isn’t going to happen by blindly deregulating requirements places on colleges. Unfortunately, if Congress sees the higher education industry—rather than students and families—as its primary constituency, we shouldn’t be surprised to see an HEA bill that simply gives the industry what it wants without anything meaningful in return."