Why Are Borrowers Taxed On Forgiven Student Loans? 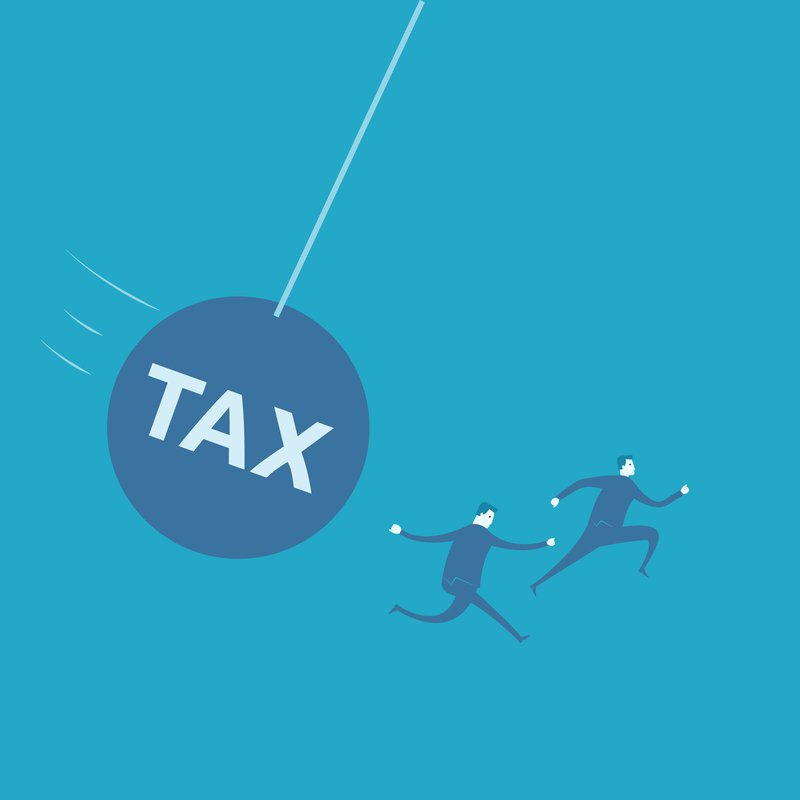 Four million. That’s the number of borrowers enrolled in income-based repayment plans, where a borrower pays a share of her income for a set number of years after which any remaining balance is forgiven, and enrollment has more than doubled since 2013. These plans, which President Obama mentioned as a major success of his presidency during the State of the Union, sound too good to be true.

And, in fact, they are. That’s because, as of now, low-income borrowers who watch their loan balance grow from interest for twenty years do get their loans forgiven, but then have to pay a giant one-time tax on the forgiven amount.

This is actually a simple fix, but Congress probably won't do it

This burdensome tax on borrowers who will likely not be able to pay is deceptive and antithetical to the intent of these programs. So why won’t Congress make the fix? It comes down, as so much does, to bad blood and weird accounting.

First, a little history as to how we got here. In 2007, the Democrat-controlled Congress passed Income-Based Repayment, or IBR, according to which borrowers would pay 15 percent of income after a generous exemption, and could have their loans forgiven after 25 years. President Bush signed the bill into law. Then, in 2010, President Obama proposed to reform the plan in his State of the Union address to 10 percent of income for 20 years. Within three months, Congress modified IBR for new borrowers and Obama, through executive action, retroactively applied the more generous terms to borrowers dating back to 2007. The changes were introduced and implemented so suddenly that no one had time to analyze their effects. But in the next couple of years, analysts found major issues with the reforms—my colleague, Jason Delisle, and I, for instance, found that the reforms disproportionately benefit borrowers with graduate degrees who would have large balances forgiven even if they earn high incomes.

For Republicans, already suspicious of the idea of loan forgiveness funded by taxpayers, watching the program transform into handouts for wealthy graduate students has proven poisonous, and many in the party are now opposed to loan forgiveness and skeptical of income-based repayment in any form. That’s unfortunate, because a well-designed income-based repayment program has the potential to protect the lowest income borrowers from ruin, while those with higher incomes pay back what they borrowed.

But that’s not what’s in place now, because of the aforementioned tax bomb on individual borrowers. A plan that promises borrowers they never will owe a burdensome payment but eventually creates an impossibly large payment out of “forgiveness” is deceptive and has the potential to stop low-income borrowers from enrolling in the program out of fear of the tax.

Upon receiving forgiveness, borrowers will owe to the IRS somewhere between 15-25 percent of whatever amount is forgiven, plus additional state taxes. Let’s put that number in perspective. Take a person who started with $20,000 in debt and had a $20,000 salary in her first year out of college with a 2 percent raise every year. She would have about $44,000 ($30,000 in today’s dollars) forgiven after 20 years. Having never paid more than $10 dollars a month, she would owe the IRS at least $4,000 in today’s dollars in additional taxes that year, which would quadruple her income-tax payment (not including extra state taxes she may owe as well). Overall, that year her federal tax payment would be around 30 percent of her actual, near-poverty-level income.

It’s difficult to find someone who thinks taxing in this specific example is a good idea. The law on taxing forgiveness is designed to prevent tax evasion on things like gift income, not 25-year-old federal student loan debts. But Republicans are reluctant to change the code for two reasons: costs and incentives.

Right now, the cost of the fix according to budget scoring equates to a rounding error

In terms of cost, forgone income-tax revenue would obviously be a cost to the government, and that bothers Republicans. But because of budgeting rules, the current ten-year budget “score” of making loan forgiveness tax-free is almost certainly less than $20 million, based on an estimate by the Office of Management and Budget in 2015 (p. 30). In the context of a $1.3 trillion student loan portfolio, that’s a rounding error.

As a comparison, IBR costs $11 billion annually. The reason IBR costs so much (therefore implying projections that borrowers will have balances forgiven) while taxing the forgiven amount currently brings in so little revenue is a result of the federal government’s unique accounting practices. When a loan is issued, the cost of the loan over its entire lifetime, including IBR and the associated costs of forgiving the loan, is priced in, which is why IBR is expensive right now in the budget, even though the loans won’t be forgiven for many years.

But the tax on forgiveness isn’t accounted for until the year it happens, so if that tax happens after the government’s ten-year accounting window, according to the government, it’s off the books. The earliest that anyone will see forgiveness from the new IBR programs that came about under the Bush and Obama administrations is 2027, which means that the first revenue from the tax starts trickling into the 2017 budget (the one being released in a few weeks). Because IBR enrollment has increased exponentially since its inception, each year from now we will see an exponential increase in projected revenue from the tax, and therefore an exponential increase in the cost of repealing the tax (the reason there is any cost right now at all is because of a less popular, less generous version of the plan implemented in the 1990s). In other words, the longer we don’t repeal the tax, the more expensive it becomes to do so according to budgeting rules.

To be clear, this is a budget gimmick: Such a change in law will absolutely cost taxpayers money and add to the deficit in the 2030s and beyond, but it wouldn’t show up as a cost yet. I don’t expect this to bother Democrats too much, and indeed the Obama administration has proposed such a fix in their budget requests. It does, however, bother Republicans.

The second reason Republicans are unlikely to pass a standalone fix is because the tax on forgiveness is seen as the only thing holding back unfettered forgiveness. The more the tax discourages people from enrolling, and claws back some of the benefits from rich borrowers with graduate degrees who have already enrolled, the better. Given that many Republicans dislike the idea of forgiveness generally, the idea of helping people get even more seems like a nonstarter.

It’s left to the Democrats, then, to push to repeal the tax on forgiveness. Every year they delay, a repeal will score as a higher and higher cost in the budget, meaning that, under congressional budgeting rules, they would likely need to cut funding somewhere else to pay for the fix. That gives Republicans extra bargaining power now to score some concessions that would make IBR more fair and cost effective. These options include imposing loan limits for graduate students, increasing the length of the forgiveness term, or eliminating the problematic Public Service Loan Forgiveness program.

The promise of IBR is that it protects low-income borrowers from financial ruin while forcing higher-income borrowers to pay back. The Obama administration has badly distorted the original intent, but Republicans should be in favor of fairly protecting low-income borrowers. Promising forgiveness and then hitting borrowers with a burdensome tax isn’t just misleading: It misses the entire point of this program. The longer everyone delays to change the rules, the tougher the negotiations become, and the higher the stakes for the rapidly increasingly number of low-income borrowers who rely on the program."