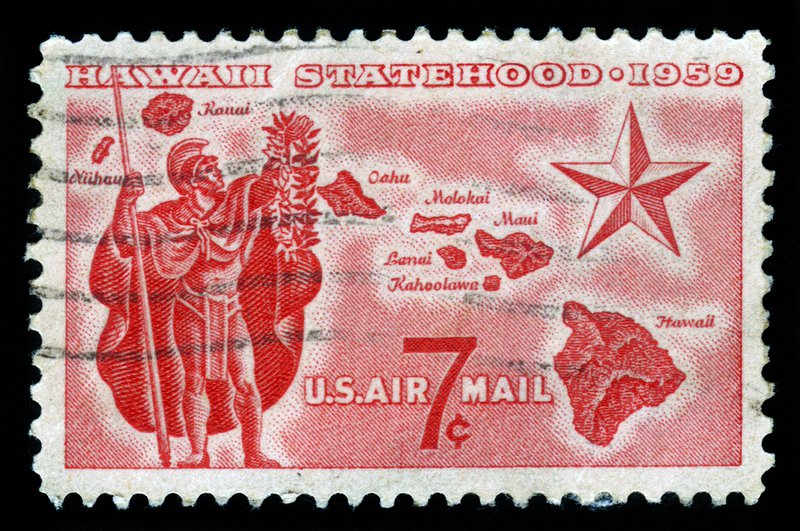 I’ve written before about how languages serve not just as communication tools, but as profound sources of unique meaning through which individuals build and maintain their identities. It’s no accident that “communication” and “community” have etymological roots in common (along with the word “common,” for that matter). To communicate in a common tongue is to truly participate in a common world of understanding, a community of shared meaning.

Or, to take an example from one of my earlier posts, “To be Welsh is an experience. To both be and speak Welsh is a related, more robust experience.”

Which is all prelude for thinking clearly about the Department of Education’s recent event, “Protecting 'Ōlelo Hawai'i: The Education Revolution to Improve Student Success and Preserve the Hawaiian Language.” The event was hosted at ED and co-sponsored by the White House Initiative on Asian Americans and Pacific Islanders, ED’s Office of English Language Acquisition, ED’s Office of Career, Technical, and Adult Education, the Council for Native Hawaiian Advancement, and Keaomālamalama.

Even if assessment policies can be adjusted to work for students being educated in the Hawaiian language, there are a bevy of other complicated policies that will need to be modified to support Hawaiian communities in schools.

The event was equal parts information and celebration, in part because of recent tensions between the Department of Education and Hawaiian language educators in the state. ED recently granted the state a waiver from some of No Child Left Behind’s assessment rules—it allows students being educated in Hawaiian to take math and language arts assessments in that language, rather than in English.

In that regard, the key participant was perhaps Ronn Nozoe, Deputy Assistant Secretary for Policy and Programs in ED’s Office of Elementary and Secondary Education. Until last month, Nozoe was Hawaii’s Chief Academic Officer, so he was introduced as “someone who knows us, who understands us in Washington, D.C.”

Nozoe referred to the tensions several times: “We’ve had our struggles about trying to do the right thing…[by] assessing students in their native language...we can have differences, but at the end of the day, we’re going to make it right.” He also explained that no one would “characterize this work as easy or simple. But there’s something about the people in Hawaii...they always try to do the right thing.”

Which is all a pretty standard narrative about federal assessment requirements and accountability: the rules can be clumsy, and they don’t always take students’ linguistic diversity into account. This is the nature of education policy—of all public policy—it takes the organic course of human behavior and tries to impose mechanistic rules. In search of flexibility, policymakers try strategies like the aforementioned assessment waiver. Sometimes these modifications work, sometimes they don’t, and usually they cause a bevy of unintended consequences that muddle the basic functions of the system they’re adjusting. Policies pile up and the system gets correspondingly less coherent and effective. (Cf. “kludgeocracy”)

But this analysis actually oversimplifies the dynamics in play. Because building flexibility into federal—and state—assessment policies to accommodate languages only touches one part of how multilingualism manifests in schools.

The number of students in Hawaiian-immersion charter schools has more than doubled from 4,960 to 10,540 in the last decade.

Here’s what I mean: Hawaiian language educator and activist Namaka Rawlins explained the history of language suppression in the islands. “At the time of annexation, native Hawaiians had the highest literacy rate of...all ethnic groups in Hawaii,” she said. But Hawaiian language schools were steadily converted into English, which clipped the language’s utility and led to a rapid decline in its use. Rawlins explained that the damage to the Hawaiian language led to a loss of values encoded in the language, which weakened social cohesion in Hawaiian communities. The challenge, then, is to find sufficient policy space to preserve the Hawaiian language and the values it carries within educational institutions and the global economic context. Language, remember, is a proxy variable here—a way of creating and participating in communities.

That is, even if assessment policies can be adjusted to work for students being educated in the Hawaiian language, there are a bevy of other complicated policies that will need to be modified to support Hawaiian communities in schools. And these accommodations need to happen without crippling the efficacy of the systemic policies they're modifying.

In her remarks, native Hawaiian immersion school parent Wai’ale’ale Sarsona offered an alternative to this gloomy picture. She explained how the flexibility afforded public charter schools helped support the project of revitalizing the language. Hawaiian parents are responding: the number of students in Hawaiian-immersion charter schools has more than doubled from 4,960 to 10,540 in the last decade. Instead of trying to accommodate Hawaiian language instruction by means of building exceptions, waivers, and other special dispensations into existing systems of education, charter schools promise broad flexibility around educational processes, so long as they demonstrate strong academic outcomes. In other words, they begin from a position of broad flexibility and then impose some limitations—precisely the opposite of the approach in use with the assessment waiver.

Or rather, that’s the theory of how charters work best. However, Sarsona noted that existing educational interests in the state often threatened their work. After the event, she gave me an example from her time as a principal in one of the Hawaiian-focused public charter schools in that state's Na Lei Naau’ao consortium. One of the key Hawaiian values her school wanted to support was “Mālama ʻāina,” which she described as “[caring] for our lands, which means taking personal responsibility for cleaning up after ourselves [and] keeping our classrooms neat.” Sarsona made it clear that she wanted this to be “true for everyone—all staff, all students.” That is, this was an outgrowth of how her school’s community viewed itself and the values embedded in the language at the center of their instruction.

When Sarsona tried to build Mālama ʻāina into her school’s model, she quickly ran afoul of Hawaii’s teachers union, which saw it as an effort to avoid hiring a janitor. Hawaii’s charter schools are subject to the same statewide collective bargaining agreement as other schools in the state’s single school district.

Sarsona’s efforts to establish regular after-school programming to engage families ran into similar problems: what she saw as a way to get families and teachers from the community working together looked to the union like an effort to force teachers to work extra minutes without extra pay. Her teachers pushed for flexibility from the union, but to no avail. In the end, Sarsona and her teachers agreed to push ahead with the program anyway—on an informal basis outside the contract.

When the hiring of janitorial staff becomes an impediment to charters’ efforts to design their schools (and their budgets) to better support linguistic and cultural diversity, that’s proof that a state’s charter regulations are inflexible to the point of threatening schools’ effectiveness. Which is as good an illustration as any of the challenge of finding enough flexibility in existing school, district, state, and federal policies to support DLLs’ multilingualism and their communities—even when using the charter model.