Sen. Harris's 21st Century SKILLS Act is a step in the right direction 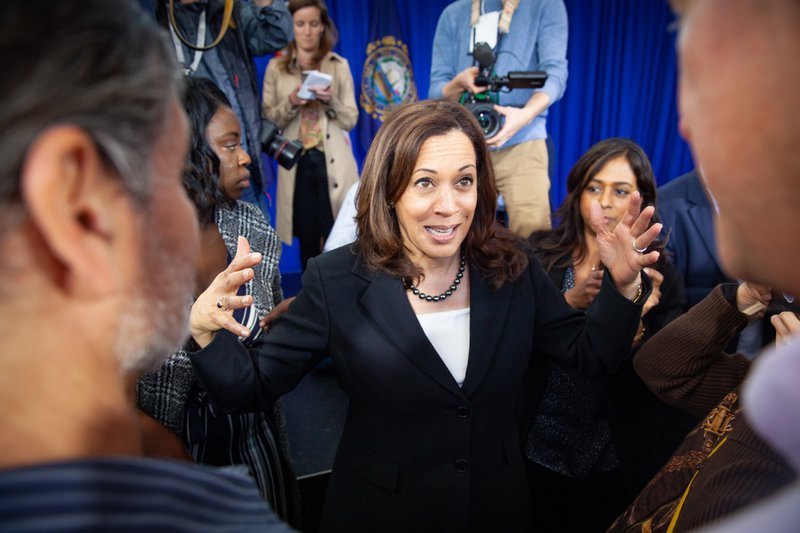 Last month, Senator Kamala Harris (D-Calif.) introduced the 21st Century SKILLS Act. An update to the 2014 Workforce Innovation and Opportunity Act (WIOA), the bill addresses systemic underfunding of job training in the United States and aims to better support American jobseekers as they pursue the skills needed in a global economy subject to rapid technological change.

Estimates of the number of American jobs likely to change significantly (or disappear entirely) due to advances in automation and artificial intelligence vary widely. What’s certain is that many Americans will see big changes in their jobs, and the effects of technological disruption will be unevenly distributed. Data from the Bureau of Labor Statistics (BLS) shows all net new jobs created in the last decade went to those with college degrees, while the number of Americans employed with just a high school diploma continues to fall. Jobs featuring routine tasks and lower educational requirements are especially susceptible to further automation: according to a recent report from the Brookings Institution, jobs that don’t require a bachelor’s degree are more than twice as vulnerable to technological change as those that do.

Since jobs with lower educational requirements also tend to pay poorer wages, the same Americans who most need retraining may also be least able to afford it when the market takes a turn for the worse. In this context, policies that provide Americans with support for retraining and upskilling are more important than ever. By establishing regular funding to encourage workers to upskill at any point in the business cycle—even before a recession hits—the 21st Century SKILLS Act provides a novel policy framework for responding to the workforce effects of technological change.

New ways to do more with WIOA money

Sen. Harris’ 21st Century SKILLS Act would significantly increase the availability and size of WIOA’s individual training accounts (ITAs), which provide funding for workers and jobseekers to pay for training expenses at state-designated eligible providers. In 2017–18, only about 93,000 adults used an ITA to help cover the costs of state-approved training programs. But by massively expanding eligibility for ITAs—renamed in the bill as “Upskill Accounts”—and by authorizing the federal government to increase funding as demand grows, WIOA training funds under the 21st Century SKILLS Act could be used by thousands or even millions more learners.

When recessions hit, Americans flock to higher education and job training as hiring slows. From 2006 to 2011, the years bracketing the Great Recession, total college enrollment grew by 3 million students and financial aid utilization skyrocketed. We should expect a similar return to education and training during the next recession, and ideally, we should have funding to retrain workers already in place when it comes. The Upskill Accounts proposed in the 21st Century SKILLS Act would not only be available to many more workers—Americans with household earnings of up to $150,000 would be eligible—the amount of available funding would also grow as the system expands. Though it would still be up to Congress to appropriate enough money for the system, the bill has an automatic funding mechanism that could help prepare our job training infrastructure for an influx of new learners in case of a recession.

The new Upskill Accounts would also provide greater flexibility in the ways recipients could use their funds. In addition to helping cover tuition costs for training at a state’s eligible providers, they could be used to pay for supportive services including child care and transportation, or for training-related expenses like books, tools, and certification or licensure exams. For learners on slim resources, especially those raising families, the importance of these additional supports can’t be overstated. It’s often these other costs and responsibilities that cause people to stop out of education, or to decide not to enroll in the first place.

A good first step—and still more to do

By expanding the population of Americans eligible for WIOA funding, letting learners to use their allowances more flexibly, and putting job training in the mandatory spending category where it belongs, the 21st Century SKILLS Act would take important steps towards modernizing our job training system. The bill also includes an important cost control measure we haven’t seen in other bills related to job training. Upskill Accounts couldn’t be used to pay for any program costing more than 110 percent of the tuition of a similar program at a nearby community college, unless a recipient’s employer is willing to cover the excess.

The 21st Century SKILLS Act would go a long way to help more Americans upskill for tomorrow’s economy. Still, continued efforts would be necessary to keep training programs responsive to changes in regional economies and to ensure workforce development boards help learners choose pathways to jobs that last. And if federal funding is allowed to flow to low-quality providers, we shouldn’t expect much bang for our buck. To make the most of the 21st Century SKILLS Act’s quality assurance provisions, state governments must set rigorous standards to ensure programs have positive outcomes so that both workers and taxpayers reap the benefits of this investment. Policymakers should also clarify how the bill would interact with other financial aid entitlements like Pell Grants.

While Sen. Harris’s bill doesn’t seem likely to make it into law anytime soon, it’s exciting to see workforce development as a priority of a top contender in the 2020 presidential campaign. With another recession sure to come eventually, presidential candidates and lawmakers would be wise to start thinking about how to help our workers weather a recession by creating new models for funding high-quality job training now.