Best Research Yet on the Effects of Full-Day Kindergarten 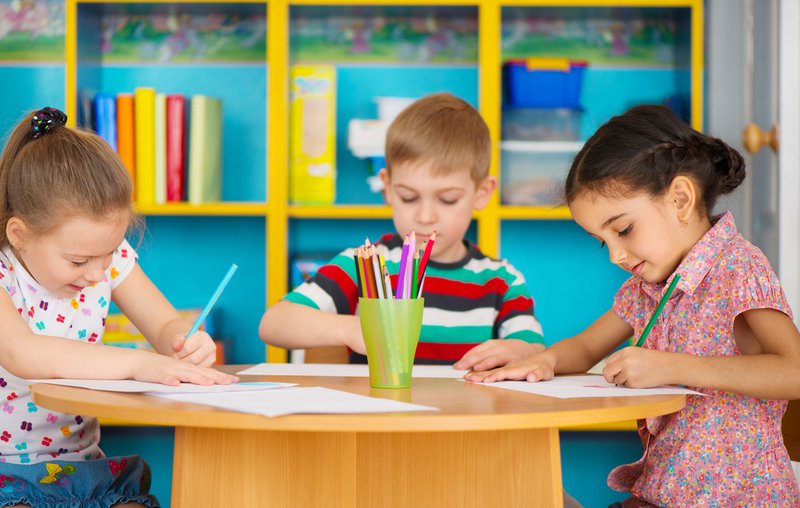 A new study from Chloe R. Gibbs at the University of Virginia holds some preliminary good news for proponents of full-day kindergarten.* Though many of the most important implications of the study won’t be clear until the students studied are much older, the first-of-its-kind randomized trial of full-day kindergarten shows sizable learning advantages for full-day students at the end of the kindergarten year. Most notably, the advantage for Hispanic full-day students over other Hispanic kindergartners is nearly twice that seen in the overall sample.

For example, a 2008 analysis of the Early Childhood Longitudinal Study, the best national snapshot of the kindergarten experiences of students in the United States,** found important differences between the students who attended full-day kindergarten and those in half-day classes. Full-day students were statistically more likely to live below the poverty line and be of low birth weight. Their parents were more likely to be unmarried and have ended their education with only a high school degree. If any of these characteristics of the full-day group make students less likely to succeed later on -- and everything we know about student backgrounds and outcomes tells us they do -- then they would make it  appear as though full-day kindergarten isn’t as effective as it actually is.

Randomization solves that problem. Gibbs’s experiment examines students in districts in Indiana that didn’t have enough room for all students in full-day kindergarten and so used a lottery to allocate spaces to students. By making the process through which students are sorted into the treatment and control groups uncorrelated with their demographic or personality characteristics, researchers can feel confident that the only difference is their enrollment in full- or half-day classes. As a result, we can attribute any differences between the two groups after kindergarten to their attendance in full-day kindergarten.

In this case, those differences in outcomes were very large. Indeed, Gibbs calculates that full-day kindergarten produces greater learning gains per dollar spent than other well known early education interventions (such as Head Start and class size reductions).

While encouraging, Gibbs’s findings are just a first examination of the students’ outcomes. We will need further analysis to get a clearer picture of full-day kindergarten effects.

Also, though this study is the first randomized trial to compare full-day and half-day kindergarten, it is not the first experiment to study early education interventions. Unfortunately, many such studies find better academic performance for students chosen to participate in the program soon after the intervention, only to see regular-track students catch up in their performance by later years. This phenomenon -- so-called “fadeout” -- has left some doubting the efficacy of such interventions. But these same studies often show better adult outcomes -- better health, higher earnings, etc.,-- for students who received the intervention compared with those who did not. Additionally, there remain important questions about how the quality of students’ subsequent school experiences in the early grades contribute to the convergence of test scores.

Of course, such long-term information will not be available for the full-day kindergarten experiment for years. But follow-ups from this study over the coming years should give us a better sense of how the effects of full-day kindergarten compare to other early education interventions over time. Also, future analyses may even help to answer the question of why academic advantages from some interventions seem to disappear over time.

As our investigation into full-day kindergarten policy in Arizona revealed, many districts and states trying to decide whether to make kindergarten a full-day endeavor for all students base their decisions on whether the benefits of full-day classes last. So the “fade-out” criticism has long haunted early education proponents. As Gibbs, who is well-acquainted with the mystery of test score convergence, continues to study the students in the experiment, it will be interesting to see what further light her experiment can shed on this uncertain aspect of early education.

*Note: The length of day is not specified in this study. As we’ve noted before, depending on the state “full-day” kindergarten can range from 4-to-7 hours per day. See our brief “Making the Hours Count” for more on this inconsistency.

** NCES, who administers the ECLS-K, has just released a first look at the first cohort to be studied since the 1998-99 group. Until the full, public use data is released from the new 2010-11 cohort, the 1998-99 group is the best, most recent data available.