To grow apprenticeship as a mainstream education pathway, the new Task Force must set out a clear strategy to engage employers while keeping quality high. 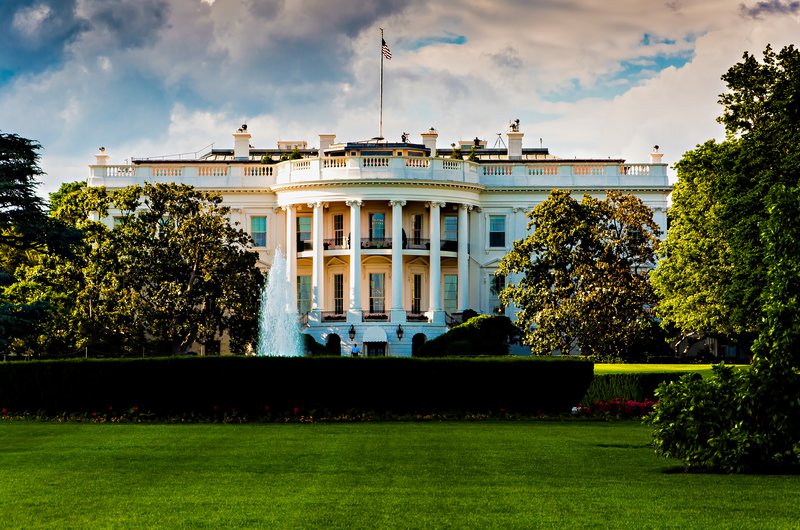 Last week, the U.S. Department of Labor announced the roster of the Trump Administration’s Task Force on Apprenticeship Expansion. The group includes several high-profile figures from the business, labor, and higher education communities. Adding to the star power is actor and “workforce advocate” John Ratzenberger, best known for his role as the know-it-all postal worker Cliff Clavin from Cheers and, to millennial audiences, as Hamm the Piggy Bank from Toy Story.

It’s a good thing to see a blend of new and established faces at the table on apprenticeship. But if the goal is to expand high-quality apprenticeship, there are concerning omissions. First, where are IT and healthcare? Expanding apprenticeship means expanding it to more industry sectors. Two important targets in recent years have been the IT and healthcare industries. Both are fundamental to American competitiveness. Both are already major sources of growth for high-quality jobs. Both have exciting apprenticeship innovations underway. That neither are at the table is as strange as it is unfortunate.

The same goes for small- and medium-sized businesses. When big-name companies engage with apprenticeship, it grabs headlines and sends a signal to the industry as a whole. Businesses with fewer than 250 employees provided jobs for nearly half of American private-sector workers in 2016, however, and they play a similarly large role in our apprenticeship system. Do we want more large corporations engaged with apprenticeship? Absolutely. But if the Task Force is trying to devise a plan to make it easier and more attractive for businesses to start an apprenticeship, it's small and medium sized employers that most need support. Despite plenty to pick from among the Department’s ApprenticeshipUSA Leaders, the Task Force leaves this crucial voice in the wilderness.

It’s still unclear what, exactly, the Task Force’s tasks are. Like the Executive Order that established it, the Task Force’s scope appears far-reaching, and raises more questions than it answers. Its relation to the long-standing federal Advisory Committee on Apprenticeship is unclear. What is clear is that the Task Force is currently the centerpiece of the administration's strategy for promoting apprenticeship. That being so, here are some things for Task Force members to consider as they get their work underway.

There’s No Easy Way to Expand Apprenticeship, but There’s a Wrong Way

To get more Americans into apprenticeships, you have to get more employers to hire and train them. The Task Force must focus on making apprenticeship more easier to set up and more attractive for employers. The bad news is there is no easy way to get more employers to participate in a system that sets such a high bar for job quality and training. The good news is that there is a growing field of innovators and emerging best practices for the Task Force to learn from and build upon. American industry is still broadly unfamiliar with apprenticeship and may need to fundamentally rethink their recruiting and talent investment practices to make it work. There are plenty of bold ideas out there to help them do so.

For example, one troubling omission in the administration's definition of apprenticeship in its Executive Order was the “wage gain” requirement, which ensures apprentices earn more as they learn more. Wage gains are an important part of what sets apprenticeship apart from internships and dead-end jobs. It’s also key in driving the impressive outcomes for Registered Apprenticeships that the administration has made a habit of citing in the media. No doubt the idea of locking in pay raises is controversial for some employers. But the Task Force should understand that watering down apprenticeship's special qualities to make it fit everyone will end by helping no-one.

Think Local to Put Employers at the Center

It’s great to see the Task Force bringing in some heavy-hitter national industry leaders, but whether it’s a multinational corporation or a small employer, hiring happens at the regional level. To engage more employers in apprenticeship, the Task Force has to think local and take advantage of the state and local industry associations and chambers of commerce that are currently underutilized in apprenticeship expansion. In several of the U.S.’s apprenticeship success stories, industry groups at the state and local level have helped bring together employers across industries and regions, developing multi-employer programs and pooling resources to finance them. This Task Force is well-positioned to deliver a clear strategy and signal to state and local industry groups across the country to get engaged.

When it comes to making it easier for employers to start apprenticeship programs, the Task Force must again think local. Tax incentives and relaxed apprenticeship standards won’t address the biggest obstacle to expanding apprenticeship, which is that most American employers are not familiar with the approach and have never set up a program. South Carolina has managed to expand apprenticeship by creating a team of experts that works with local employers and helps them build programs and partnerships with local colleges. American employers are unique in the world as they are largely left to organize and finance apprenticeship on their own. The Task Force should echo recent calls by Congress to clarify the administration’s still-absent investment strategy and build on past investments to help employers locally where they need it most.

Apprenticeship as an Education Strategy

The German and Swiss systems of apprenticeship have long fascinated American policymakers. In these countries, apprenticeship is deeply integrated within secondary and postsecondary education. The European systems view apprenticeship not as a way to fill a job opening, but as a way to transition entire cohorts of young people from school into the workforce. Both the public and private sectors are heavily invested in these systems, sharing costs and responsibilities from the national down to the local level. The result is there are many more apprentices – and they’re young. In the U.S., by contrast, apprenticeship has traditionally functioned outside of conventional schools and the average age of an American apprentice is closer to 30 than 18.

Transferable college credit is indispensable to a high-quality apprenticeship, whether it’s intended for young Americans or adults. It’s up to employers and higher education institutions to design programs that allow apprentices to earn credit, but policy has a role in making that an easier good choice to make. At the federal level, the reauthorization of Perkins and the Higher Education Act offer two specific opportunities, but state and local governments can also support the long-term success of student apprentices. The input of the Task Force’s higher education leaders will be essential in these key areas.

One more temptation the Task Force should avoid is coming up with an unmanageably long list of ideas and recommendations. Fresh ideas are welcome, but what’s needed most at the national level is dialogue about a vision for American Apprenticeship and – more importantly – a clear strategy for getting there. The Task Force includes a number of seasoned executives and organizational leaders. They should demand clarity about their purpose so that the federal Task Force is accountable for action, not just ideas.

Before getting underway, the Task Force should also devise a way to level-set about where we are today. That includes the progress made in recent years in bringing apprenticeship to new industry sectors and learning from the innovators doing this work on the ground. It also includes acknowledging hard truths about American apprenticeship, which up until a few years ago had been neglected for decades by mainstream policy and industry discussions. We are nation of apprenticeship programs – not a true system – and we lack critical data and information about our apprentices and the employers that sponsor them. Acknowledging our ignorance may be painful, but we had better know what we’re doing before we risk creating even more confusion and noise with a new parallel class of industry-recognized apprenticeships.

Finally, the Task Force must check myths and fantasy at the door. Reducing burdensome paperwork is not going to convince more employers to embrace a fundamentally different way of sourcing and developing talent, any more than student tours of manufacturing plants will convince Americans to defer college en masse. Simplistic narratives about “getting government out of the way” and “letting employers lead” won’t hold.

After all, as has been the case for hundreds of years, no policy or regulation stops employers from setting up a high-quality unregistered apprenticeship program that will never cross the desk of a state or federal bureaucrat. One could argue that this Task Force has come together precisely because quality, large-scale unregistered apprenticeships haven't actually materialized. Which means that the Task Force will have to join other industrialized nations in asking: what’s the right way to share public-private investment in apprenticeship? How do we make sure what we are investing in works? What does “work” mean and for whom?

As the new Task Force considers its mandate, those questions should be a good start.