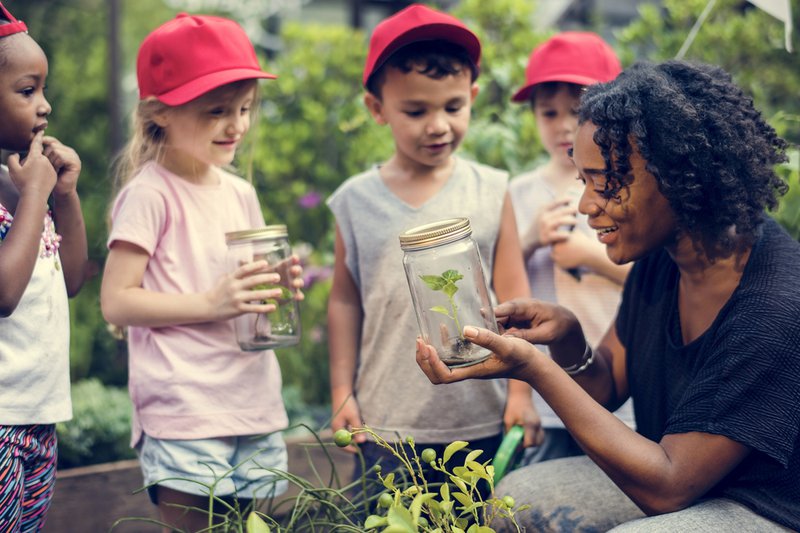 At a recent New America event, David Jacobson of the Education Development Center introduced his recent research, explaining, “there is a new wave of initiatives across the country that are drawing from both the P-3 and comprehensive supports movements. Both of these movements set a high priority on parent engagement and both are committed to educational equity and are focused on serving low income families and families of color.”

In his new report, All Children Learn and Thrive: Building First 10 Schools and Communities, Jacobson described a holistic approach that combines an alignment across early and elementary education (children’s first 10 years) with family engagement and social services, in a school-wide or region-wide model. At the event, national experts and local leaders from the communities Jacobson highlighted, reflected on the report and discussed efforts underway in schools and communities around the country.

As Jacobson shared, First 10 initiatives can occur in two formats: First 10 School Hubs and First 10 Community Partnerships. First 10 School Hubs are organized around a single elementary school. Emphasis is placed on play-based, developmentally appropriate learning, and transitions from families, to child care and pre-K programs, through the elementary grades. Comprehensive services and supports are provided to families in their local school facilities, community centers, and homes.

First 10 School Hubs purposefully engage families in the neighborhood with children from newborns through the early years. Many host play-and-learn or parent-child interaction groups to foster a dialogue around strategies that help children develop and learn, and provide resources that caretakers can practice at home. The Superintendents' Early Childhood Plan in Metro Omaha includes a School as Hub component, where a full-time home visitor and family facilitator conduct home visits and hold monthly parent-child interaction groups. Home visiting staff and family facilitators have fifteen families in their caseload at once, allowing them to build deep, trusting relationships over time.

The second format, First 10 Community Partnerships, unify a wide network of regional or district-wide schools, service providers, and families, into a cohesive system. For example, Cambridge Massachusetts’ Birth-3rd Grade Partnerships are bringing together a broad range of stakeholders to improve outcomes for children.

At the event, Lei-Anne Ellis of the Birth-3rd Grade Partnerships described the city’s health subcommittee. “We have somebody from the public health department, we have a chief pediatrician for the local hospital, we have a preschool director, we have a mental health agency and provider, we have people who provide WIC, people who provide home visiting services. So we have a wide array of people sitting at the table and they each bring a really unique perspective to the discussion at hand.” Using their diverse expertise, the health subcommittee applied for a catalyst grant to study the causes of obesity in their community and recently launched a citywide mental health wellness campaign.

Another example of Community Partnerships is the Schools Uniting Neighborhoods (SUN) Service System in Multnomah County, Oregon, a county-wide alliance between six districts with 90 community schools. Unique from the other models, the SUN Service System contracts with local-non profit agencies, 60 percent of whom must be culturally or linguistically-specific to the community. Agencies employ and support site managers in each school, who coordinate between school staff, families, and community partners.

Event panelist, Brooke Chilton-Timmons, shared ways in which schools in the SUN Service System address the needs of families, from having food pantries with fresh food at elementary school sites, to holding play-and-learn groups in Vietnamese at a local park. She shared a story of a P-3 Coordinator who spent a year holding play-and-learn groups with a Russian-speaking colleague in Slavic community centers and churches before building families’ trust enough to bring them into the school. This commitment to serving and empowering marginalized communities and families of linguistically and ethnically diverse backgrounds is a key commonality among all First 10 Schools and Communities.

The SUN Service System is an example of a private-turned-public investment. The program received its initial funding from the Kellogg Foundation, but is currently sustained with investments from Oregon’s bold $9.1 million statewide Kindergarten Readiness Partnership and Innovation (KPI) grant fund. Many of the communities depicted in the report have demonstrated similar commitments to early education programming through significant local investments, such as the Birth-3rd Grade Partnerships program, which received $6.9 million from the city.

Sustaining funding and leadership are two of the challenges highlighted by Jacobson in his report. Inconsistent funding streams and short-term grants and investments can abruptly end and force program closure. As a result, Deborah Stipek of Stanford University urged policymakers and investors to, “Think long and hard in the beginning about how it’s going to be able to be sustained and built into the system.”

To sustain and expand programming, Jacobson advises that states play a larger role by increasing investments and implementing policies that allow First 10 Schools and Communities to thrive, as Oregon has done. He recommends that states provide aligned standards and assessments across the early years and technical assistance to help staff with implementation. Pointing to the successes of the SUN Service System, Jacobson asserted, “I don’t think it’s a coincidence that Multnomah County is in the state of Oregon.”

Moving forward, Jacobson envisions a system synergizing First 10 Schools Hubs and First 10 Community Partnerships, a model that has not yet been implemented. As Jacobson summarized, “This convergent First 10 approach acknowledges a fundamental interdependence between schools, families, and communities. The success of each is integrally bound up with the success of others.”