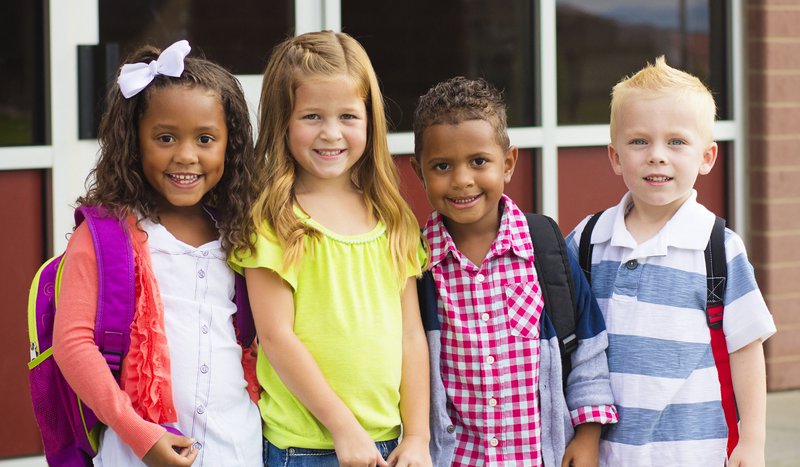 The history of dual language learner (DLL) and English language learner (ELL) education in the U.S. has been a pendulum swinging back and forth between English-only and bilingual education policies and practices for decades (for an explanation of these terms, click here). While federal initiatives have largely broadened instructional options for ELLs, three states with large populations of language learners have instituted English-only measures that greatly limit the ways that ELLs are taught.

During the late 1990s and early 2000s, voters in California, Arizona, and Massachusetts passed ballot measures that dramatically limited language use with regard to how ELLs were instructed. The first — Proposition 227 — passed in California in 1998. This measure required that all ELLs be instructed exclusively in English and effectively eliminated bilingual education programs that taught students in their home languages. Instead, the mandate required that ELLs be taught in sheltered English immersion for one year before being transitioned into mainstream classes. In just a few years, the percentage of ELLs enrolled in some form of bilingual education plummeted from around 30 percent to 10 percent or less.

In 2000, Proposition 203 passed in Arizona. Similar to California’s law, this measure repealed existing bilingual education laws and required that ELLs be educated through structured English immersion for one year. In 2002, Massachusetts passed Question 2, which eliminated the state’s existing transitional bilingual education classes and instead required that ELLs be enrolled in sheltered English immersion, also for one year. Together, the ballot initiatives in these three states narrowed instruction for about 40% of the ELLs in the U.S[1]. (A side note: On the same night in 2002 that Question 2 passed in Massachusetts, a similar measure called Initiative 31 was defeated in Colorado.)

Critics of English-only policies note that there is little evidence to support the notion that ELLs can acquire academic English in just one year.

But why? Critics of English-only policies note that there is little evidence to support the notion that ELLs can acquire academic English in just one year. In fact, it takes about four to seven years for ELLs to perform at the same academic level as their non-ELL peers. So why were these states — each with a large ELL population — so eager to change instruction? Arguably, one could say that policymakers had the students’ best interest in mind: prior to each of these initiatives, ELLs were achieving below their non-ELL peers (click here to understand the challenges of getting valid data on these supposed achievement gaps) and that the new English immersion programs might help close that achievement gap (Spoiler: it didn’t happen). Another, more practical explanation is that these states were looking to cut costs by minimizing the amount of specialized instruction ELLs receive. Regardless of the motivations, the English-Only movement’s successes have not led to meaningful — or even detectable — improvements for ELLs in these states.

The Impact of English-only Policies

Several studies have been conducted to understand the impact of English-only policies on ELLs, many of which are summarized in UCLA professor Patricia Gándara’s Forbidden Language: English Learners and Restrictive Language Policies. The book’s introduction notes that these English-only policies for ELLs “do not appear to meet the courts’ mandate to show success over time” (for more on federal laws and court cases impacting ELL education, click here).

Impact evaluations conducted in California, Arizona, and Massachusetts since the passage of English-only policies have been largely unfavorable. For the most part, achievement gaps between ELLs and non-ELLs in California have stayed constant or even increased since the laws’ passage. Additionally, when compared to ELLs in states without English-only laws, Reading and Math achievement have stagnated in Arizona. Perhaps worse, the passage of English-only laws in Massachusetts saw both an increase in numbers of ELLs dropping out before graduation and ELLs identified as having special needs.

Impact evaluations conducted in California, Arizona, and Massachusetts since the passage of English-only policies have been largely unfavorable. For the most part, achievement gaps between ELLs and non-ELLs in California have stayed constant or even increased since the laws’ passage.

Moreover, research comparing ELLs in English-only and bilingual education programs has provided substantial backing for the latter. For instance, a meta-analysis of studies on ELLs in Arizona showed positive outcomes in both English and home language development for students in bilingual over English-only programs.

Another Swing of the Pendulum

Just as the English-only policies in California, Arizona, and Massachusetts were a shift towards one extreme; there is evidence that the pendulum is swinging back towards bilingual education. For instance, the “California Multilingual Education Act” is on the ballot in 2016. If passed, this initiative would allow for languages other than English to be used during ELL instruction. Similarly, the “Language Opportunities for our Kids” bill was recently introduced in the Massachusetts State Legislature. If passed, it would allow districts to choose the type of language programs available to ELLs. Additionally, according to the organization Seal of Biliteracy, nine states formally recognize students’ bilingualism at graduation, California among them, and fifteen more states, including Massachusetts, are in the process of developing similar initiatives.

Stay tuned for next week’s DLL Reader post that returns to federal education policy in order to examine the impact that No Child Left Behind and Race to the Top have had on DLLs and ELLs.