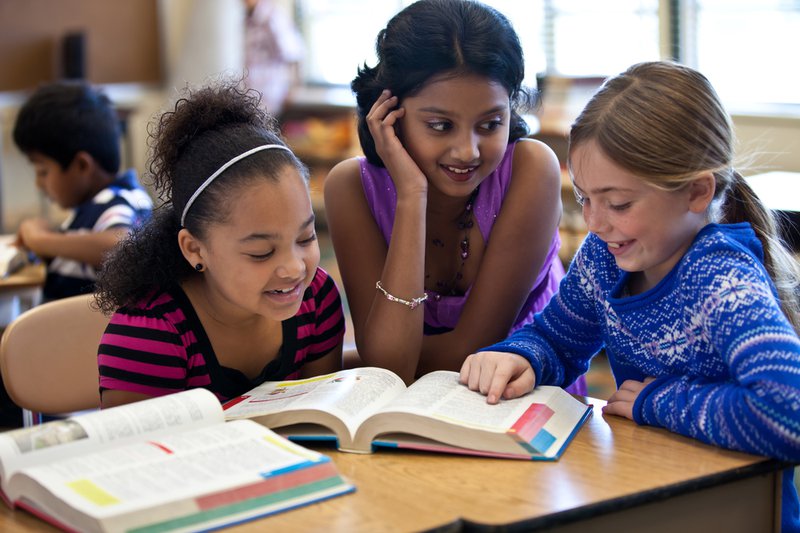 When a student enters public school for the first time in the U.S., be it in kindergarten or during high school, their need for English language services is evaluated. In most states, students’ proficiency in non-English languages is never screened or evaluated (Minnesota is a notable exception). The following post outlines standard — and at times problematic — practices in identifying, monitoring, and exiting dual language learners (DLLs) from English as a Second Language (ESL) services. (Note: while many pre-K programs also screen for language services, there is substantial variability in states’ screening policies and programs’ use of these instruments, therefore this post details widely used practices in kindergarten through 12th grade.)

The first step in determining a student’s need for language services is through a home language survey. This simple screen asks parents what languages their child speaks. It is typically available to families in English and other major languages (like DC Public Schools’ form here). If a parent marks that their child speaks a language other than — or even in addition to—English at home, the child will have his or her English assessed. Note: the home language survey unintentionally frames bi- and multilingualism as indicative of English deficiency rather than a potential resource for learning. Moreover, use of the home language survey as an initial screening tool has unintended consequences, such as parents lying about their children’s language abilities as well as the misidentification of native English-speaking students as English language learners (ELLs).

After identifying a student as a DLL through the home language survey, some states (New York, for example) use an oral interview as an initial assessment of a child’s language abilities. While this appears to be a quick and easy way to determine proficiency, in reality it does not provide a complete picture of how a child performs across language domains. In other words, a child who has strong oral English skills, but struggles to read or write, might be able to “pass” the interview. Other states conduct a review of a child’s school transcripts to see what coursework they have completed in English. However, many students, particularly those that are refugees or asylum seekers, do not have this paperwork. Moreover, it can be an added challenge when a student’s transcripts are not in English.

The majority of states assess DLLs’ English proficiency through a test. Thirty-four states use the “WIDA Assessing Comprehension and Communication in English State-to-State for English Language Learners” assessment, better known as the WIDA ACCESS for ELLs. This is a kindergarten through 12th grade test that evaluates a child’s reading, writing, speaking, and listening abilities in English across major content areas. The test yields a WIDA proficiency level (one to five), which schools can use to plan for time and intensity of English instruction.

Finally, parents have the choice to opt their child out of language services, though this option is rarely exercised. When parents do opt out, the school is obligated to serve the child as they would any other student, and may offer ESL services in the future if the child is not advancing academically.

Once a child has been identified as an ELL (for an explanation of how terms like DLL, LEP, and ELL, differ see this post) schools are required to monitor his or her English development through an annual assessment (many states continue to use the WIDA ACCESS for ELLs test for this purpose). Moreover, federal law requires schools to assure that ELLs gain proficiency within a “reasonable” amount of time. Of course, what is considered reasonable is up for debate. Conservative estimates are that it takes between five to seven years to acquire academic English, but many factors, such as age and prior education, influence the amount of time it takes to acquire a second language.

In addition to English proficiency, schools are required to assess ELLs’ content knowledge through state standardized tests. ELLs are exempt from English language arts assessments during their first 12 months in a U.S. school, but after that are required to be tested along with their grade level peers.

An ELL cannot be officially exited from language services until they have demonstrated proficiency in reading, writing, speaking, and understanding English. In terms of the WIDA ACCESS for ELLs test, this typically means testing at a level six, but there is substantial variability in this practice since states determine their specific exit criteria. At this point, the student would no longer be considered an ELL and would be exited from services. But while a former ELL will no longer receive formal language services, schools are required to monitor that student’s progress for at least two more years without specific Title III funds designated for this purpose. The purpose of monitoring reclassified ELLs is to assure that they are able to access curricula to the same extent as their native English-speaking peers.

Stay tuned for next week’s DLL Reader post on how long it takes DLLs to acquire English.