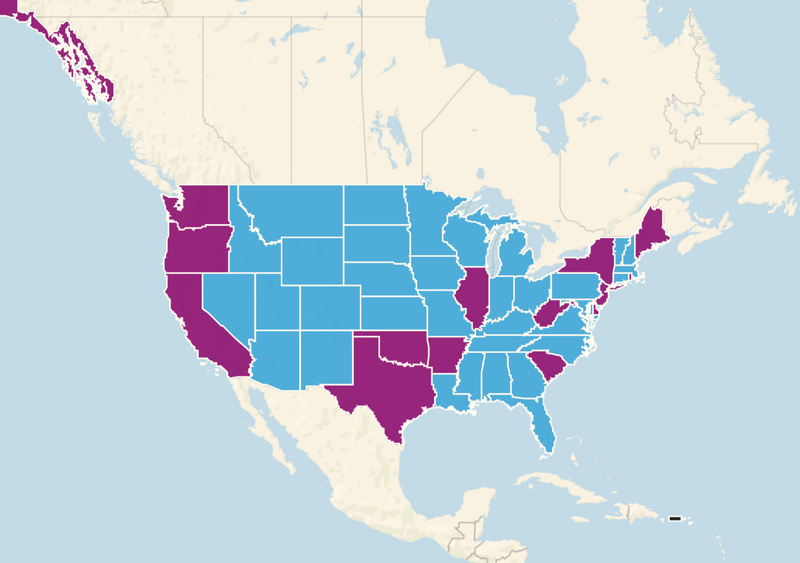 Education policy is getting even less attention than usual this election season. Other than some token nods to early education investments and doing something (usually vaguely-described) about student loan debt, 2016 looks to be a dormant year for education politics.

This is particularly true as far as dual language learners (DLLs) are concerned. While the number of multilingual children in U.S. schools is rapidly increasing, these students are not getting correspondingly increased levels of attention in education policy and politics. Even though one in four American children speaks a non-English language at home.

In part, this is simply the politics of civil rights: advocacy on behalf of underserved children, by definition, begins with the work of empowering groups who have been left out of structures of power and privilege. These groups rarely — essentially never — constitute majorities. So advocacy for DLLs is definitionally underdog work.

Consider: early education investments and student loan reforms are policies that directly impact large groups of Americans. If you have — or someday plan to have — children, policies supporting affordable pre-K and college directly affect you. But if you’re a native speaker of English, it’s not always clear why better policies for DLLs should matter to you. (I wrote a longer analysis of this dynamic in a 2014 TPM column.)

But this edu-political quietude  — on DLL policies and beyond — is also just the darkness that follows No Child Left Behind’s (NCLB) December sunset. NCLB’s replacement, the Every Student Succeeds Act (ESSA) reduces 2016 candidates' need (and incentive) to take strong positions in thorny debates over federal accountability, teacher evaluations, and so forth.

Indeed, this is one of ESSA’s signature features! First, the new law will really get rolling in the 2017–18 school year — so the next president will arrive (in January 2017) relatively late in the implementation game. Second, and more importantly, it walks back federal authority in a host of policy areas — there will simply be less of consequence for the next administration to decide.

That second part is critically important for DLL advocates. Whatever was wrong with NCLB’s federal accountability provisions (for instance), they provided considerable and sustained pressure that made DLLs’ success a priority for states and districts (for instance). ESSA allows states wide latitude in defining: 1) what linguistic and academic success looks like for their DLLs, 2) how schools whose DLLs persistently fail to meet those expectations will be identified, 3) what those schools will be required to do to improve, and 4) much more.

Watch this recent Migration Policy Institute webinar and count how many times Senior Fellow Delia Pompa notes that state-level advocacy will be necessary to protect educational equity for DLLs. Perhaps state-level advocates are prepared for the many (arcane, complicated) policy arguments they'll need to win under ESSA. But, as I’ve written before, I’m deeply skeptical that equity advocates will reliably be able to keep states’ attention and resources dedicated to DLLs. Remember, this is underdog work: losses will almost always outnumber wins, especially at the state and local levels. There’s a reason that the large majority of American civil rights victories consist of appealing to the federal government to rectify injustices perpetrated, aided, or perpetuated by local and state officials. ESSA sets up a particularly frustrating political dynamic for DLLs. It marries national political neglect with the reactivation of innumerable state-level fights over their access to quality opportunities and stable resources.

Indeed, there is little reason to believe that state policymakers are prepared to take advantage of their newfound flexibility to enact new policies to support DLLs. In a recent New America report, From Crawling to Walking, we looked through various states’ PreK–3rd grade policies related to these students and, frankly, found more causes for concern than consolation.

Purple states screen students in their pre-K programs to see which might be DLLs. Blue states do not. Data Source: NIEER State of Preschool 2013.

The states in purple require publicly-funded pre-K programs to conduct language screenings. States in blue do not. That means that states in blue are offering early education programs to students without necessarily determining what languages they know, let alone how well they can use those languages. That’s bad policy — and profoundly strange, since it means that these states are spending money on pre-K without asking providers to gather critical information to ensure that their programs meet students’ needs. If pre-K teachers don’t identify their DLLs, how can they tailor their instruction to support these students’ linguistic and academic development?

Think of the above map as an example of a “policy equilibrium point.” NCLB didn’t touch state policies on pre-K language screening. This is how things shook out when states were left to their own devices. Some state leaders decided to include this key screening for DLLs. Many did not.

Does this sort of example suggest that state policymakers are deeply, uniquely biased against DLLs? I don’t think so. Rather, it’s that they hear from myriad interest groups with wide-ranging concerns. The most powerful of these groups usually have considerable resources — and their interests are rarely aligned to those of underserved students and their families. In other words, state policymakers don’t generally hope to serve DLLs poorly — but these students are likely to be lost in the shuffle when other, more powerful groups are commanding attention.

Think of your state’s education discourse. Is it usually comprehensive enough to include careful discussion of DLL assessment policies? Or is it dominated by arguments over school funding, school choice, integration, and other high-controversy issues? State policymakers are responsible for covering lots of different issues, and few are experts in policies related to DLLs. That is, they may not necessarily have expertise in the area, and they get considerable pressure to focus on other issues.

So: Pompa is right. ESSA’s passage means that advocates who care about educational equity for DLLs should focus most of their attention on state policymakers. That’s the promise of ESSA’s new state-level flexibility. But it’s important to also acknowledge that this new terrain is likely to be tilted against those advocates. That’s ESSA’s pricetag.