The average worker still makes only slightly more than $10 an hour, the equivalent of $22,290 annually 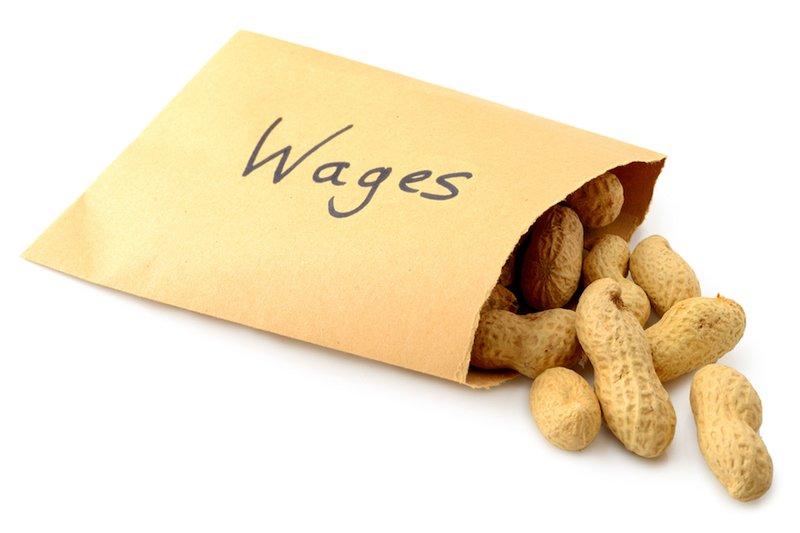 A new workforce index from the Center for the Study of Child Care Employment finds that wages for child care workers have slightly increased over the past two years, but the average worker still makes only slightly more than $10 an hour, the equivalent of $22,290 annually.

Preschool teachers actually saw their wages decrease over the past two years by 1.4 percent, bringing their average hourly pay to just under $14 an hour, about $29,000 a year. Figure 1.1 below illustrates how far early educators still have to go in order to reach parity with the median hourly wages earned by kindergarten teachers. While one of the goals of early care and education (ECE) is to benefit children from low-income families, the report finds that “many of these same efforts continue to generate poverty in the early care and education workforce, who are predominantly female, ethnically and racially diverse, and often have children of their own.” Women of color make up about 40 percent of the ECE workforce, while about 80 percent of the K-12 teaching workforce is white. 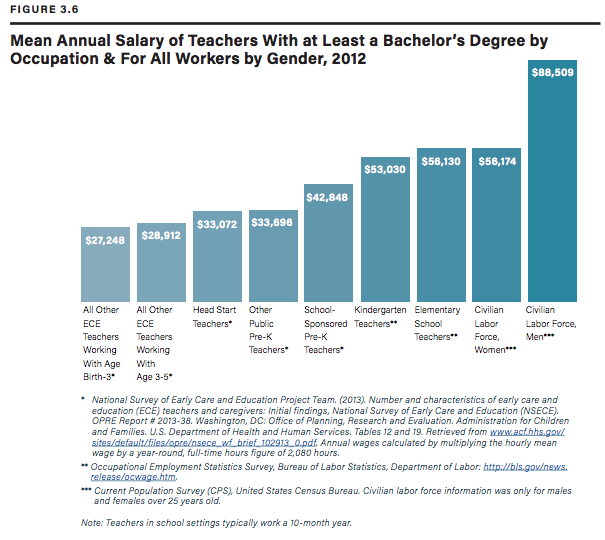 The report’s release comes two years since CSCCE released its first workforce index. The updated index focuses on tracking progress made in individual states over the last two years and finds notable, but uneven progress has been made in improving the education and training of the workforce. Five essential elements of public policy within early childhood are identified in the report: compensation, workforce data, qualifications, financial resources, and work environments. As Figure 1.3 below illustrates, only in the policy area of workforce data are a majority of states deemed to be “making headway.” 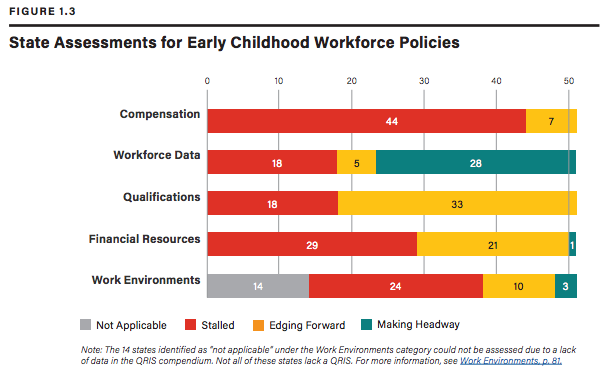 Included in the report are a number of policy recommendations for bringing about increased compensation and supportive work environments for early educators. Many of the recommendations come back to a single, but important point: for significant progress to be made, it’s necessary that ECE be viewed and funded as a public good in the way K-12 education currently is.

This same point was emphasized in a recent consensus report from the National Academies of Science, Engineering, and Medicine that called for a new national financing structure for ECE. The Academies report estimates such a system would cost about $140 billion year, significantly more than the combined $29 billion in federal and state funding currently dedicated to early care and education. The $140 billion price tag includes the cost of a wide range of improvements to the early care and education system, such as significantly higher levels of educator pay, paid release time for professional development, and investments in textbooks and scholarships for educators taking higher education courses. The CSCCE report notes that any efforts to transform the workforce through increased education and training must be linked to policies that directly address teachers’ economic well-being.