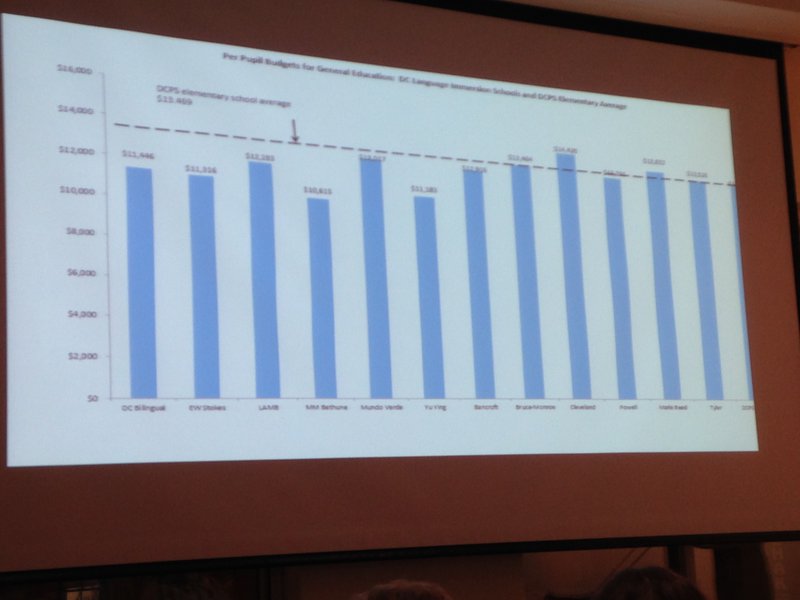 This Friday, Netflix’s smash hit series, House of Cards, kicks off its third season. It’s the sort of event that that sparks a special level of buzz within the Beltways’ borders. It’s a bit like being in New York City for Fashion Week: the show reflects something of D.C.’s self-image back upon residents in ways both flattering and discomfiting. It’s validating to see our world depicted dramatically—House of Cards finds ways to make the denseness of D.C. political jockeying interesting and meaningful. But it’s also unsettling to recognize the grains of truth lurking in the show’s dark portrayal of how pettiness plagues the political process.

But there’s another D.C., one that rarely makes an appearance in shows centered on “Official Washington.” It’s home to “Go-Go” music. To half-smokes. To hundreds of thousands of American voters who pay taxes and are eligible for the draft—but have no congressional representation. To the nation’s most universal pre-K program. And to a community whose racial, ethnic, religious, and linguistic diversity is truly global.

D.C.’s dynamism as a local community was on full display earlier this week at a panel event hosted by the DC Language Immersion Project. The discussion, titled “Economic and Workforce Development Impacts of Language Immersion,” was the second in a series of local events designed to build a groundswell of support for multilingualism in D.C.’s public schools. National leaders, like Director of the U.S. Department of Education’s Office of English Language Acquisition (OELA) Libia Gil, joined state leaders, like Lynn Fulton-Archer, one of the specialists coordinating Delaware’s statewide World Language Immersion program, to discuss promising policies for making American education more linguistically diverse.

For example, Gil opened the evening explaining how OELA uses its $42 million grants budget to “focus on top-quality research” and improve professional pathways that diversify the linguistic backgrounds of American teachers. Like many other panelists, she explained that dual-immersion programs are uniquely powerful because they generally bring native English speakers together with students who speak another language at home in order to build on each group’s linguistic assets.

In addition, voices from the business community, like Marriott’s Sonia Zamborsky and Joint National Committee for Languages and National Council for Languages and International Studies Executive Director Bill Rivers, explored various ways of gauging the value of multilingualism in the United States. Rivers cited recent data showing that 11 percent of American companies are actively looking for multilingual job candidates. DC’s unique position in the global economy could make multilingualism even more important in the local job market.

Panelist after panelist echoed this point in a variety of ways. Specifically, they noted that domestic and global workforce demands are changing rapidly—most jobs being created now in the United States depend in some way on foreign trade. Zamborsky was blunt: “Language skills are typically seen as nice, fluffy, pat-you-on-the-head, aren’t you a good global citizen...but they also make you a better employee.”

After the event, DC Language Immersion Project co-founder Vanessa Bertelli explained that the group formed in response to access gaps when it comes to D.C.’s existing public dual-immersion programs. “These programs are currently concentrated in Northwest D.C.,” she said, “And therefore are not a viable option for people East of the [Anacostia] River.” That is, most of these programs are currently flourishing in places that are most easily accessible to D.C.’s wealthier families, which means that folks from D.C.’s poorest neighborhoods can only attend if they “have the resources or the time to travel across the District four times a day.”

Before starting the group, Bertelli had been part of earlier efforts to convince her neighborhood school’s leaders to include Spanish immersion as part of their public pre-K program. They “surveyed current and prospective parents, came up with implementation plans, engaged with all levels of school administration, and testified at public hearings, but it was not sufficient…[We] realized that unless there is a strategic, systemic plan for expanding immersion across the District, D.C. is not going to be able to seize this opportunity.” Specifically, she says, D.C. stakeholders should think of “immersion as one of the elements in a comprehensive, long-term plan to positioning themselves economically as global competitors.”

Of course, vision-setting is just the first step. The devil is in the implementation. As Rivers put it on Tuesday night, “I don’t want [immersion] to sound like a magic bullet, because it’s not; it’s very hard to do.” In her presentation, Delaware’s Fulton-Archer noted that the state’s new World Language program involved thoughtful collaboration between at least 10 governmental agencies, non-governmental stakeholders, philanthropic efforts, and more. (For more on the challenges of taking program design all the way through to implementation, see these slides from Veronica Alvarez’s presentation at the convening that launched New America’s Dual Language Learners National Work Group.) She also highlighted a human capital problem challenging her state’s efforts: at present, the pipeline for training high-quality dual-immersion instructors is simply inadequate to demand.

So: what are the DC Language Immersion Project’s prospects? Well, even though D.C.’s local government has its own past as a punchline provider for comedians and cynics alike, the District’s education leadership has proven more effective in recent years. There’s plenty of reason to be optimistic that those leaders are ready to heed calls for more multilingualism in D.C. schools. Because as House of Cards makes clear, dysfunction here has more to do with Congress than Washington itself.

**Disclosure: my son is enrolled in Washington, D.C.’s public pre-K program (and my daughter will be soon). They are dual language learners (Welsh-English).