Dual Language Learners and the Scourge of Limited Data 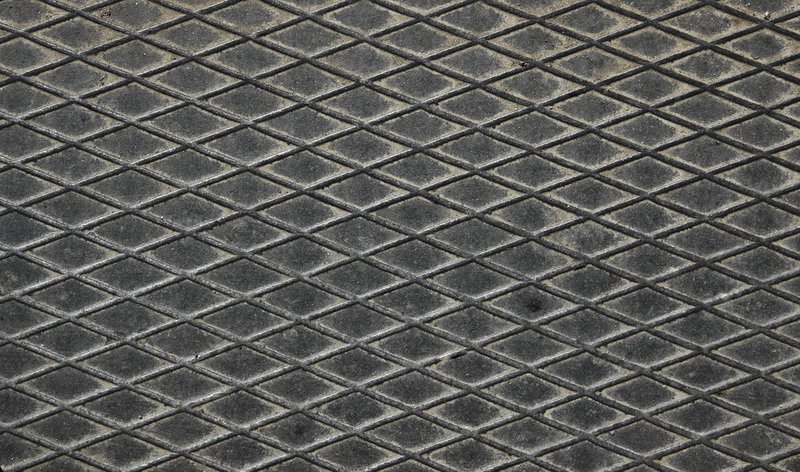 Researchers have come to consensus on a variety of issues related to dual language learners (DLLs). We know, for instance, that well-implemented instructional models that support DLLs in their native languages are probably the best model for supporting these students’ linguistic and academic development. We know that social proficiency in English is different from academic proficiency, and that the latter takes DLLs longer to acquire.

But there’s still more to learn about these students and their development. And while there’s no question that we know enough to significantly improve existing DLL policies at the federal, state, and local levels, the broader DLL conversation is still hamstrung by limited information.

This has been on our mind here at the DLL National Work Group a lot in recent weeks. First, at the end of May, the new National Academies of Sciences (NAS) committee, “Fostering Success for English Learners: Toward New Directions in Policy, Practice, and Research,” held a public meeting for discussing their work. Second, the National Center for Education Statistics (NCES) released its edition of the Condition of Education, 2015, with updated statistics on language learners in American schools.

Both are useful sparks for thinking more clearly about the present — and future — needs of DLLs. Several speakers at the NAS committee made data on DLLs central to their presentations. James Ferg-Cadima, from the U.S. Department of Education’s Office of Civil Rights (OCR), highlighted his office’s database on DLLs and ELLs (for clarification on various language learner terms, click here). The OCR has a broad array of searchable DLL data at the school and district levels. It’s an extraordinary resource. Want to know the percentage of language learners in Washington, D.C.’s district schools? It’s just a few clicks away: 7.3 percent. What about D.C. public charter schools? Well, Bridges Academy enrolls 39.5 percent language learners, Latin American Montessori Bilingual enrolls 57.9 percent, and the six Center City Public Charter School campuses enroll 13.5 percent. The OCR also breaks out these data by race/ethnicity and special education designation.

And yet, it bears noting that the database’s data are from 2011. Which is to say, they’re from the year that Katy Perry’s “Firework” and Adele’s “Rolling in the Deep” topped the pop charts. They’re from the year that Herman Cain was (briefly) a frontrunner for the Republican Party’s presidential nomination. Even if they’re pretty detailed data, they’re also, ahem, a little dusty.

Which is why NCES’ Condition of Education, 2015 is so welcome. It updates the Department of Education’s data on DLLs and ELLs from last year. The full report is available here. I’m going to discuss it in a second, but first, just note again that the years in question might actually be the most interesting part. That is, our most recent national data on DLLs/ELLs in American schools — from the 2015 edition, recall — are from the 2012–13 school year.

One highlight: the number of language learners remained essentially unchanged from last year. That is, there were approximately 4.4 million DLLs/ELLs enrolled in U.S. schools in 2012–13, approximately the same number enrolled in 2011–12. That plateau is a bit odd, since we often hear things like, dual language learners are “the fastest growing segment of our population.” The number is still up from the 4.1 million DLLs/ELLs who were enrolled in 2002–03, but not nearly in the way that we might expect.

Of course, that 4.4 million number isn’t quite the whole story. See, the Department of Education’s Data Express tool puts 2012–13 DLL/ELL enrollment at 4.85 million. Why the discrepancy? The two numbers come from different sources: the 4.4 million DLLs/ELLs in the NCES report come from the Local Education Universe Survey, and the 4.85 million DLLs/ELLs on ED’s Data Express tool come from states’ Consolidated Performance Reports. (For more on the challenge of getting good data on DLLs/ELLs in American schools, read New America’s 2014 brief, “Financing Dual Language Learning.”)

That uncertainty came up at the NAS meeting as well, as part of a presentation from the Migration Policy Institute’s Randy Capps. In “Trends in Immigration and Migration of English and Dual Language Learners,” Capps surveyed an array of data sources, from the American Community Survey (ACS) to the decennial U.S. Census to the aforementioned Department of Education enrollment counts. The results are...confusing.

The ACS asks households to report what language they speak at home and whether any members of their household between the ages of five and eighteen years old “speak English less than very well.” Those two questions provide a puzzling picture:

In other words, according to families’ self-reported data, the number of children speaking a non-English language at home increased over the last decade, but the number of children who speak English “less than very well” decreased. Recall that the Department of Education reports that U.S. schools enrolled either 4.4 million or 4.85 million DLLs/ELLs in 2012–13, up from 4.1 million DLLs/ELLs in 2002–03 (Note again that the years don’t line up with the Census years).

Confused? It bears noting that all of these data sources can be broken out by state as well, where there are presumably additional variations.

Part of the problem, as Capps alluded in his presentation, is that there are different data gathering tools in use for these different statistics. The ACS and decennial Census data rely on families self-reporting — and thus self-evaluating — the language abilities of their children. The U.S. Department of Education data derive from a variety of English language proficiency assessments administered in U.S. schools and aggregated at the local and/or state levels. The picture you get of American linguistic diversity (and changes in it) depends on which of these data sources you’re using.

Believe it or not, the age and imprecision of these data is only a smaller part of the problem. The bigger issue is how the these data limitations influence the framing of these students. That is, some data lead us to define DLLs as a relatively homogeneous subgroup defined by their performance on content assessments. Other data lead us to see these students simply as a growing subset within the cohort of future American workers.

Neither of those framings is wrong. But each is a narrow way of understanding these students. And our limited data make it tempting to use proxies to measure DLL trends. That’s why people thinking and writing about these students often use “children of immigrants” or “Hispanics” or some other related term to build out a statistical foundation for their arguments. (I am guilty of this. See page 2 here.)

I’m aware that “get better data” is to D.C. education policy analyst as “rub some dirt in it” is to Little League coaches. It’s the thing we think tank jockeys say when we’ve run out of analytical juice or political courage. When a policy analyst diagnoses a big, intractable education policy puzzle, he or she almost always calls for better data. Policy lockjaw and political gridlock are hard to solve. New data collection is relatively cheap and uncontroversial .

And look, we at the Work Group do have other, more substantial ideas about how to reform DLL policies. But it’s also true that our current DLL data are deeply problematic and could be considerably improved. How? States could work towards greater commonality in their DLL screening and assessing policies. The consolidated state performance reports that undergird much of the Department of Education’s DLL data could be made public more rapidly, so that researchers and policymakers have more recent information for updating DLL policies. For instance, it’s been four months since the deadline for states to submit the second part of their 2013–14 reports to the Department of Education. When will those data become available?

Obviously data can’t usually end arguments, but it can clarify what we’re really arguing about. In this case, better data would improve what we know about DLLs and better illuminate the diversity within this group of students. It would also improve policy conversations about these students. That would be helpful for researchers and policy wonks, but it would be particularly powerful for policymakers who don’t think about DLLs regularly.