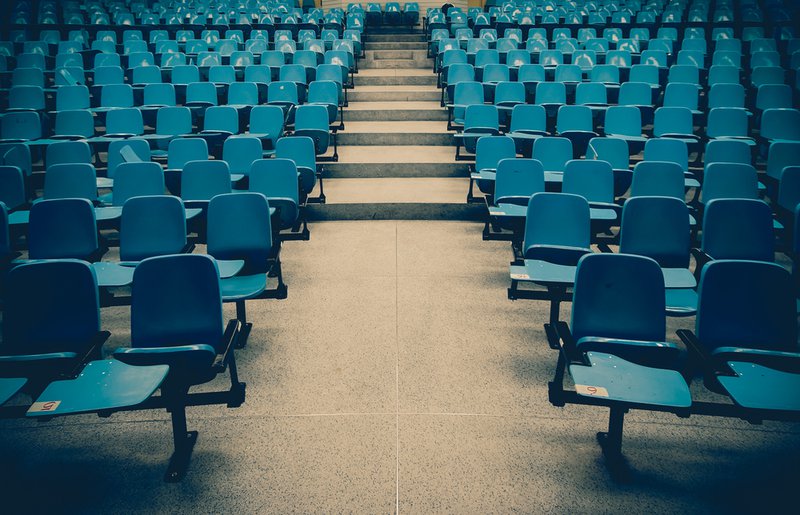 This work was developed by New America through a research partnership with Edmit's college financial health project. Click here to download the data used in this analysis.

Back in March, barely a week after President Trump declared a national emergency and schools, offices, and businesses around the country began to close down in response to the pandemic, the lobbying association for private non-profit colleges sent a letter to Education Secretary Betsy DeVos with a significant ask. The private colleges wanted a reprieve from being tested on their financial responsibility for the next three years, noting that many of the schools lacked “the institutional reserves necessary to weather the current economic storm without a significant impact to their institutional composite score.”

At least so far, no federal guidance has been issued granting the request. But the ask itself is telling: If colleges’ finances are in such bad shape, why should there be less oversight, rather than more?

Over the last decade, hundreds of college campuses have permanently closed. In the worst cases, those schools have shuttered their doors without advance notice — no clear plan for students to finish their education elsewhere, no system for ensuring students could access their transcripts to transfer their credits, and not enough resources to ensure taxpayer losses are covered. With another recession now underway, college enrollment remains unpredictable. Data from the National Student Clearinghouse show that undergraduate enrollment at private, non-profit colleges is down more than 2 percent from last year, with first-time student enrollment down by more than 8 percent; early data on FAFSA completion from the National College Attainment Network indicate that applications for the coming academic year may be more deeply impacted. International student enrollment— which has bolstered tuition revenue for many institutions—is down by 43 percent, according to the The Institute of International Education. In other words, colleges once struggling to make ends meet are now at even greater risk of possible closure, especially since Congress hasn’t provided relief funding for institutions since March.

Earlier this year, the founders at the consumer-information website Edmit decided students would need to take measures into their own hands, and produced a model that uses publicly available data to identify private non-profit institutions that have basic liquidity issues — their expenses are high relative to their revenue and assets, and/or enrollment isn’t keeping up enough to make the current path sustainable. In contrast to the complicated formula the federal government uses to develop a composite score (a three-pronged test that accounts for financial viability, capital resources and borrowing ability, and ability to operate within the school’s means), the metric uses a decade of data to assess which schools are trending toward unsustainability.

And while it’s no perfect predictor of closure—it’s impossible to know which institutions will find a new path to fill budget gaps or rally donors, for instance—it seems to get awfully close to identifying the riskiest private non-profit institutions. MacMurray College and Urbana University, both of which have announced plans to close since the start of the pandemic, and Notre Dame de Namur University, which has since suspended admissions, are all considered high-risk or very-high-risk in the Edmit model. And of the 10 schools included in the dataset but that were closed by May 2020, all were considered high- or very-high-risk in the model.

Table: Colleges that closed recently and their risk level, based on the Edmit model

This list can provide a critical starting point for regulators in accrediting agencies, states, and at the U.S. Department of Education to dig a little deeper. For instance, nearly two dozen organizations working on behalf of students (including New America) wrote to accreditors earlier this year to urge oversight even—especially!—in light of the pandemic. Among other things, we suggested that agencies should get timely information on institutions’ finances before audited financial statements become available, such as through institutional audits, self-reported data, and biweekly updates on projected enrollment, and require teach-out agreements and records management plans from the highest-risk institutions to protect students in the event of closure.

Of course, it’s too soon to say what this will mean throughout the pandemic. We looked at data from our other research partners at C2i, the College Crisis Initiative, which has been closely tracking institutions’ responses to the pandemic. Based on the data they’ve collected from colleges, those we identified as high- or very-high-risk in the financial data weren’t more likely to engage in furloughs or layoffs than other institutions. In total, only about 13 percent of those at-risk institutions furloughed employees, and 11 percent laid workers off, which begs the question whether they should be taking more serious action.

But as the pandemic wears on, others teetering on the edge might not be so lucky — and for those that do shutter permanently, their students deserve to have a clear transition in place beforehand to help them continue their education at another quality institution. Existing financial monitoring isn’t sufficient to identify those institutions; regulators in the Department of Education, in states, and among accrediting agencies need to use every available resource to triage institutions’ circumstances and take real steps to protect students. This analysis is one place to start.

The model used for this analysis was developed by Edmit using publicly available financial data from IPEDS. It has been revised to rely on data from 2010 through 2018, providing a decade’s worth of information from the post-Great Recession era.

Additionally, in analyzing the information, we removed “covert for-profits”—for-profit colleges whose institutions have converted to non-profit tax status, but for which some financial data may have been reported differently in past years—and colleges that have since closed.