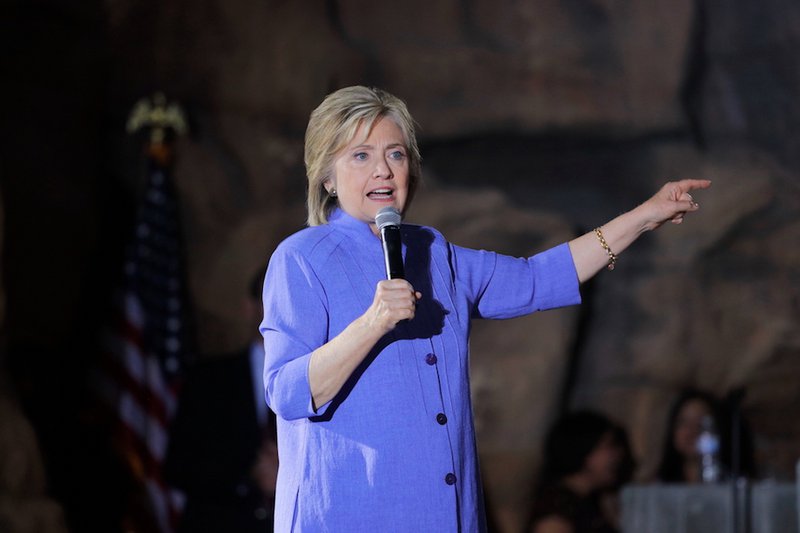 Hillary Clinton has a strong record of supporting young children and their families, dating back to the beginning of her career. Out of law school, she worked as a staff attorney for the Children’s Defense Fund. As First Lady of Arkansas she brought the Home Instruction for Parents of Preschool Youngsters (HIPPY) program to the state, which provides educational materials and weekly home visits to help parents get their young children ready for school. As First Lady of the United States, Clinton helped create the State Children’s Health Insurance Program (SCHIP) to promote health coverage for children by providing federal funding to help states provide health coverage for the uninsured. In the Senate, she introduced the Ready to Learn Act to assist states in providing voluntary, full-day pre-K to four-year-olds. Whatever her role, she’s made children and families a priority. So, it's little surprise Clinton is making early childhood education a part of her presidential campaign platform.

Speaking at a Kentucky family health center on Tuesday, Clinton unveiled her plan to improve child care quality and access for low-income and middle-class Americans. There are three main components to Clinton’s plan:

First, Clinton’s plan calls for significantly increasing child care investments so that no family spends more than 10 percent of their income on child care:

This is how the U.S. Department of Health and Human Services defines affordable child care. This is a big promise. Child care is extremely expensive in the United States and costs have been increasing. Child care currently comprises a significant portion of family income, in most states costing more than housing or college tuition. In a majority of today’s families, both parents participate in the workforce and rising child care costs make this difficult. Clinton emphasized this fact in Kentucky, saying “You’ve got to look at what families are facing today. And I think, still, too many of the programs are really designed still for an earlier time that just doesn’t exist anymore.”

According to Clinton's plan, the reduction in child care costs would be accomplished by increasing federal investment in child care subsidies for low-income families and providing tax relief to help offset the cost of child care for middle-class families. Clinton’s campaign said the exact mix of subsidies and tax credits to pay for the new benefit will be announced later, but Clinton did say the benefit would be offered on “a sliding scale” based on family need. She also said she is “looking for good ideas” that could serve as national models.

While details of the plan have yet to be released, it will be interesting to see how it compares to proposals previously championed by President Obama. Obama has called for increasing the maximum child care and dependent tax credit up to $3,000 per child for middle-class families with a household income up to $120,000. The President has also called for expanding the Child Care and Development Fund (CCDF), a child care subsidy for low- and moderate-income families designed to enable more families to afford care.

Second, Clinton plans to give child care teachers a much needed boost in pay by creating the Respect And Increased Salaries for Early Childhood Educators (RAISE) initiative:

Even though child care costs have been increasing for years, quality has not. According to Child Care Aware, “only 10 percent of child care meets the quality requirements that lead to positive effects on children’s outcomes.” While multiple factors impact quality, one of the most important is the quality of interactions between children and the adults who help them develop and learn. Many of the adults working with our youngest learners are under-prepared for this highly skilled work. And because the child care workforce is severely underpaid, it is difficult to attract and retain high quality teachers who do have a deep understanding of child development and early childhood education content.

Most child care teachers are paid much less than K-12 teachers, and many earn poverty-level wages. In fact, nearly half of the child care workforce relies on public assistance such as the Earned Income Tax Credit (EITC) or federal food stamps. It’s difficult for a teacher to provide a child with quality care when she is worried about whether or not she will be able to feed her own children that night. Clinton’s plan aims to help states and communities make child care teacher salaries more comparable to kindergarten teacher salaries.

There has been a push in recent years to increase the education requirements for child care teachers. The National Academy of Medicine (formerly the Institute of Medicine) recently explained the need for a highly skilled workforce and recommended transitioning to a minimum bachelor’s degree qualification requirement for all lead educators working with children from birth through age eight. Yet, on average, students who major in early childhood education presently earn the lowest salaries of all college-educated workers.

Increasing pay for child care teachers could bring more qualified teachers to the field, and increase both the likelihood that they stay in their jobs and that they perform better while at work. On it's own it won't be enough, though, there also needs to be an investment in how early childhood educators are prepared and in their ongoing professional learning.

Third, Clinton calls for doubling federal investment in home visiting services such as the Maternal, Infant, and Early Childhood Home Visiting (MIECHV) program so that it reaches twice as many children:

In fiscal year 2015, the Department of Health and Human Services awarded $386 million to states, territories, and non-profit organizations to support home-visiting services through MIECHV.

MIECHV provides early intervention services to low-income pregnant women and parents of infants and toddlers during a critical period of growth and development. Home visits conducted by nurses, social workers, or early childhood educators during pregnancy and in the first years of a child’s life have been shown to substantially improve child and family outcomes, including children’s school readiness. Parents are their children’s first teacher, and home visiting programs can help improve the quality of interactions between parents and their children.

Clinton plans to help parents enrolled in college by awarding scholarships of up to $1,500 per year to as many as one million student parents. The plan, inspired by the Arkansas Single Parent Scholarship Fund, would allow scholarship recipients to use the money to pay for costs such as child care or emergency financial aid. Clinton also advocated for dramatically increasing access to child care on college campuses by increasing funding for the Child Care Access Means Parents in School Program (CCAMPIS) from just $15 million to $250 million per year with a goal of serving an additional 250,000 children each year.

The proposals announced yesterday are only part of Clinton’s plan to improve access to quality child care and early education. She’s already proposed doubling the number of children served by Early Head Start and the Early Head Start-Child Care Partnerships, which reach low-income pregnant mothers, infants, and toddlers. And, she also wants to make pre-K universal for all 4-year-olds, something the Obama Administration has been working towards over the last several years. Lastly, she’s proposed guaranteeing all parents a right to 12 weeks of paid family leave.

It is promising to see proposals such as these introduced into the presidential campaign, which will hopefully lead to broader discussion and thinking about how to best pay for and improve families' access to high-quality early childhood education programs. While these plans would be costly upfront, they would be an investment in America's families and the future of our country. Child care and home visiting have proven to be rare areas of bipartisan support in recent years. So, if Clinton's presidential bid is successful, she could have success in negotiating with Congress to make some of these proposals a reality. "