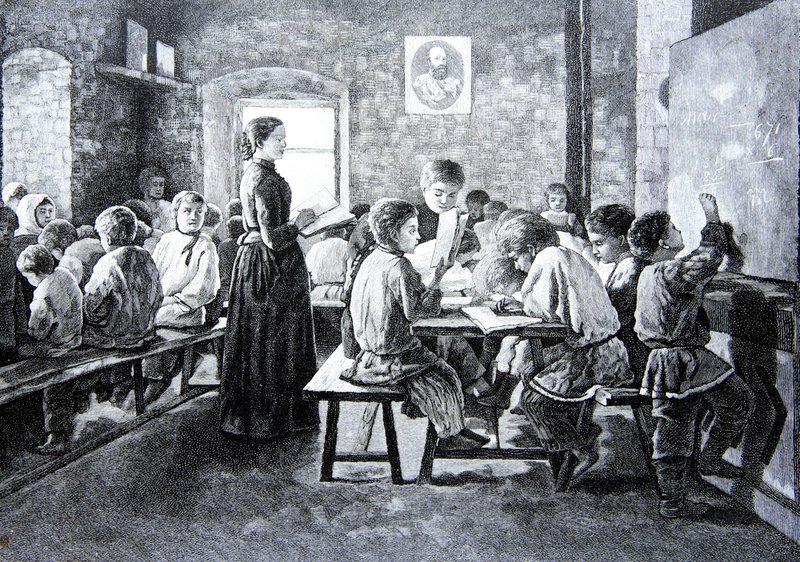 Early childhood education has been a feminine fortress throughout the history of United States and continues to be so today. In 2018, women represented 94 percent of the two million child care educators and 98 percent of pre-K and kindergarten teachers. While we seek to promote gender equity in the field and continue to strive to build a more representative workforce, this Women’s History Month we celebrate and honor the women who have transformed early childhood education and continue to pursue this noble work.

While the formalized teaching workforce was once predominantly male, education in the United States began in the homes of women. Dame Schools were early educational establishments of the New England colonies typically led by an unmarried woman in her home, instructing children from infancy through early childhood. Domestic skills such as sewing and knitting were part of the curriculum, and hornbooks, the Bible, and The New England Primer guided the academics. As grammar schools began to open in the mid-1600’s, these Dame Schools were often the beginning of boys’ academic careers and the only educational opportunity for girls. By 1789, Massachusetts required Dame Schools teachers to be licensed, thus the first certified early educators emerged.

The 1800’s brought the development of Common Schools—public schools designed to teach reading, writing, arithmetic, and citizenry. Common Schools employed educated young men, many of whom used teaching as a stepping stone to more socially prestigious professions, such as doctors or lawyers. As career opportunities and westward adventures drew men out of classrooms, women were seen as ideal replacements. Given their high levels of literacy, presumed moral upstanding and nurturing nature, and demonstrated competence leading Dame Schools, Common School reformers were eager to hire women for one-third of men’s pay. According to the Littleton School Committee in 1849, "God seems to have made woman peculiarly suited to guide and develop the infant mind, and it seems...very poor policy to pay a man 20 or 22 dollars a month, for teaching children the ABCs, when a female could do the work more successfully at one third of the price." This devaluation of women in early education remains a challenge across the field.

Common Schools left much to protest. Often working in overcrowded, one-room schoolhouses severely lacking in resources, teachers bore the additional burden of restrictions placed upon their everyday activities. Localities controlled their attire, the books they were permitted to read, and infringed upon their rights to marriage and pregnancy. Educators and students of color routinely faced discrimination, denial of their civil rights, and segregated schools with desolate conditions. Normal Schools, institutions focused on teacher training for educators of all backgrounds, flourished alongside Common Schools. Between 1880 and 1930, one-third of women enrolled in higher education were attending a Normal School. Many of the leading suffragettes and abolitionists of the time were Normal School graduates and early educators turned administrators and activists, including Susan B. Anthony, Lucretia Mott, Fannie C. Williams, Carrie Chapman Catt, Mary Jane Patterson, Fanny Jackson Coppin, and Myrtilla Miner. Teacher activism is a time-honored tradition that is still effective in improving the conditions in which children learn.

Teachers’ unions demanded better for the nation’s students and their caretakers. The National Teachers Association (now the NEA) formed in 1857, began accepting women in 1866, and elected a former primary school teacher named Ella Flagg Young to the presidency in 1910. African American teachers formed associations as early as the 1860’s, including the National Association of Teachers in Colored Schools in the early 1900’s, which elected Mary McLeod Bethune to its presidency in 1924 and was later absorbed into the NEA. The American Federation of Teachers was launched in 1916, with the efforts of female elementary school teachers. As women united, they secured pensions, tenure, collective bargaining, and positions of authority in school administration and governing boards. Their collective voices uplifted the quality of education that all children in America received.

Through the 19th and 20th centuries, America’s youngest children were predominantly cared for in day nurseries and nursery schools located in women’s homes. This shifted in 1873 when Susan Blow established the first public kindergarten, but programs grew slowly. As industrialization and war drew more women to the workforce, enrollment rapidly expanded, then waned in times of peace. When the 1960’s drew public attention to the critical importance of children’s early education experiences and the government began investing in Head Start and child care subsidies for low-income families, child care centers and kindergartens flourished.

Amid centuries of attempts to diminish women's power, they found a stronghold influencing human development in its most critical phase. Women professionalized the field, advocated for the needs of their communities, colleagues, and students, and innovated best practices. Great strides have been achieved in civil rights; teachers can marry, have families, and loiter in any ice cream stores of their choosing. Our early educators now closely represent the ethnic and linguistic diversity of the students they serve. There remains work to be done raising compensation, promoting new pathways into the field, meeting the needs of all learners, professionalizing our workforce, and removing stigmas felt by our male colleagues. United, the millions of women who teach our youngest Americans and the many more who support them through research and advocacy, are up for any challenge—just as they have always been.