The Case for Quantum LEAP 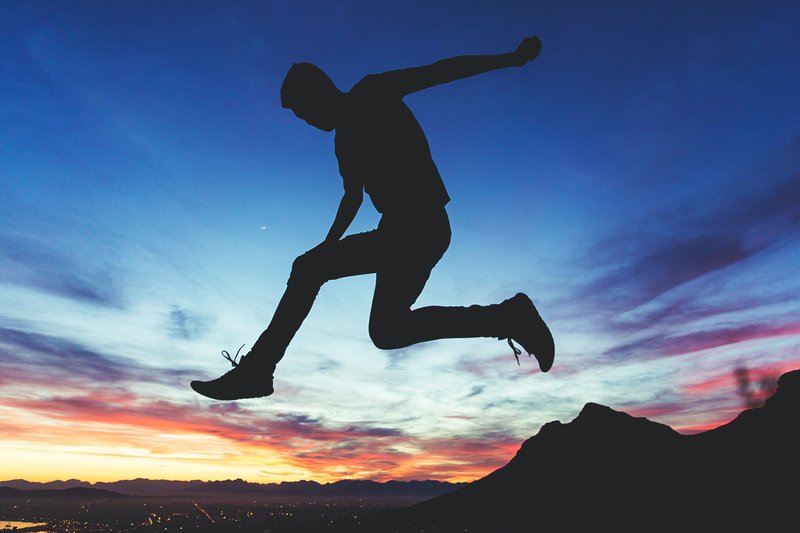 Photo by Joshua Earle on Unsplash

When Joe Biden ran for president in 2020, he promised to make community colleges tuition-free for everyone and four-year public universities tuition-free for families making less than $125,000 per year. Then the pandemic struck, triggering a massive recession that all but guaranteed steep cuts to public higher education. The last time this happened, in 2008, tuition soared, engulfing a generation of students in debt.

Now the Biden administration is faced with the daunting task of putting higher education on a firm foundation of quality and affordability during a public health and economic crisis. Democratic control of Congress makes major reforms more possible. But the razor-thin 50-50 margin in the Senate means that immediate action will likely be limited to the annual budget reconciliation bill, which is immune from the Senate’s 60-vote supermajority requirement for new legislation.

By increasing LEAP funding to $100 billion over 10 years and including legally permissible, common-sense guidelines for how the money should be spent, Congress can prevent the incipient higher education funding catastrophe and make enormous progress toward free college, all within the next budget reconciliation bill. We call this Quantum LEAP.

LEAP was originally created by Congress in 1972 as an incentive for states to create new need-based college financial aid programs, by matching state contributions dollar-for-dollar with federal funds. The program had a maintenance of effort (MOE) provision: States must continue to spend at least the average amount that they spent on the need-based aid program from the previous three years to be eligible for funds. The grant program that would become the Pell grant was created at the same time. The idea was that state and federal need-based aid programs would complement and support each other.

The original LEAP was a major success. Within the program’s first four years, 22 states created new grant programs. But the power of the incentive for states to invest in need-based aid was limited by the size of the annual federal appropriation, which never rose above $64 million per year—only two-tenths of one percent of the current Pell grant appropriation. In 1998, Congress created the Special Leveraging Educational Assistance Partnership (SLEAP) Program, which gave LEAP states additional funds to increase student grants. But with SLEAP, states had to match every federal dollar with two state dollars instead of one. In 2008, SLEAP was replaced by the Grants for Access and Persistence (GAP) Program, which prioritized states applying for the funds with colleges and foundations.

By 2011, the total amount of state need-based financial aid had increased about 600 percent since the original creation of LEAP. That year, Congress defunded the program. It was arguably a victim of its own success. Both Presidents Bush and Obama proposed zeroing out LEAP because they said it had done its job: States had created need-based grant programs and were now spending far more on them than the federal government was matching. Congress stopped funding the program in 2011, even though many states had slashed higher education funding after 2008.

Another round of multi-year budget cuts stemming from the pandemic like those that followed the Great Recession would push many state higher education systems toward de facto privatization. Instead of moving ahead toward free college, the nation will fall further back into a morass of unaffordability and debt. Quantum LEAP can prevent another higher education funding disaster and create a permanent framework for the federal and state governments to work in partnership toward affordable college for all.

Take, for example, Ball State University in Muncie, Indiana. Ball State is a typical public four-year university in size, selectivity, and expense. Annual in-state tuition is just over $10,000, almost exactly the national average according to the College Board. Indiana has a state-financed need-based financial aid program called the Frank O’Bannon Grant, named for the late governor and education champion. The program provides grants of up to $4,600 per year for public university students and $9,200 for private university students, with extra incentives for graduating early, earning academic honors, and earning an associate degree before transferring to a four-year university. Like the federal Pell Grant, O’Bannon Grants provide the most money to the lowest-income students.

The overall cost of attendance at Ball State, including the full sticker price of tuition plus room, board, books, and other expenses, is about $25,000 for in-state students. Scholarships, discounts, the federal Pell Grant, and the state O’Bannon Grants bring the average net price of attendance for the lowest-income students—those from households earning less than $30,000 per year—down to about $8,400. For students in the next income category—$30,000 to $50,000—the net price of attendance at Ball State is roughly $10,500. These are big discounts from the sticker price, but still a lot of money for low-income families. Currently, many students and families must take out sizable loans to make up the difference.

A $10 billion annual Quantum LEAP appropriation would provide almost $200 million per year to Indiana, based on its current share of undergraduates. That would allow the state to triple the size of the existing O’Bannon Grant program, which is currently funded by the state at about $100 million per year. If Indiana increased its maximum O’Bannon awards proportionately, it could make tuition, room, board, and other expenses entirely free for the lowest-income students attending Ball State, and much cheaper for middle-income students. The need for borrowing would be greatly reduced.

The effect on other state universities in Indiana and elsewhere would vary based on their current tuition levels and investments in state need-based aid programs. This is a good thing, and addresses one of the major design flaws in blanket “free college” schemes, which penalize states that have historically invested in making college affordable, and reward states that disinvested in higher learning and let tuition soar, by filling in whatever gaps currently exist.

The original LEAP program called for funds to be allocated based on the number of eligible students in each state. But Department of Education regulations allowed states to come up with these numbers. To be clear, ED should be responsible for determining the total number of eligible students using comparable federal data across states. The new legislation should also eliminate language guaranteeing states their 1979 allocation.

Congress might also consider sweetening the deal by making the state match one dollar for every two federal dollars, and phasing in the match with no match required in the initial years, given the current strain on state budgets. That would increase the likelihood that states would participate and ease the transition to more state investment in higher education aid, especially as many states are struggling to balance their budgets due to the pandemic. Indiana, for example, would qualify based on its existing O’Bannon grant appropriation.

There would be an MOE requirement to prevent states from excessively cutting higher education funding and using Quantum LEAP funds to fill an artificial gap. MOE policies have proven effective in the past. During the last recession, $8.3 billion was dedicated for higher education under the American Recovery and Reinvestment Act (ARRA) ($1 billion more than the CARES Act provided, after accounting for funds dedicated to emergency grant aid that went directly to students) along with an MOE requirement. In response, states limited their budget cuts to stay above the MOE threshold.

Unfortunately, once ARRA funds expired, some states made further cuts. Quantum LEAP would prevent this by not expiring and instead continuing to create an incentive for states to stay invested in higher education. Congress might consider including a recession trigger in the MOE requirement so that when states are hit by economic crises they would automatically get a waiver from the maintenance of effort requirement, but not the match requirement. The MOE would return when states’ economic situations have stabilized. Quantum LEAP would be eligible for inclusion in a budget reconciliation bill because the changes to the existing LEAP program impact the federal budget and are within the jurisdiction of the education committees.

A Quantum LEAP program with a $10 billion annual budget would be a major step forward toward the Biden-Harris administration’s goal of making community college free for everyone and four-year public universities free for most families. Quantum LEAP would treat every state fairly and allow state policymakers to tailor their aid programs to the specific needs of their students and institutions. The program is also scalable depending on how many students Congress wants to reach — increasing the annual appropriation above $10 billion would make college free for more students in the middle class. And most importantly, Quantum LEAP can be implemented quickly via the budget reconciliation process, in time to help students and colleges grappling with the pandemic crisis today.