In California, Serving Bilingual Prekindergarteners Well Is Crucial to the State’s Future 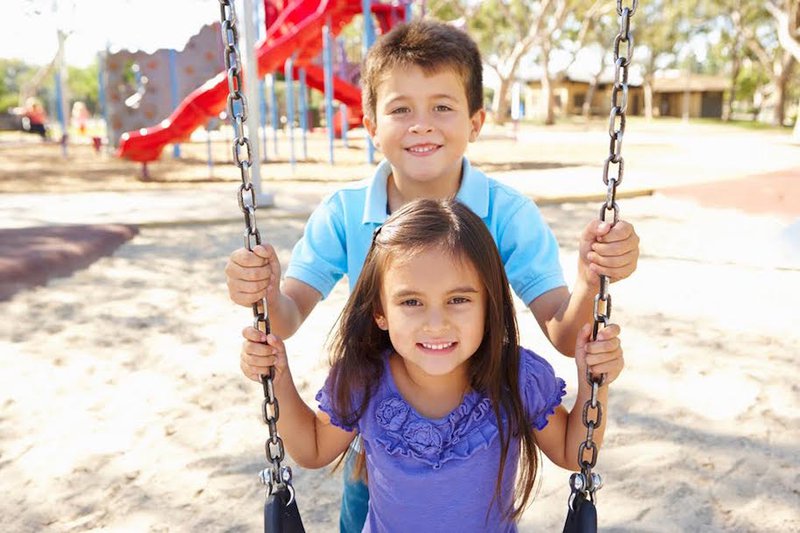 In 1985, the city of Fillmore, Calif., became the first in the nation to declare itself “English only” through a city council resolution. At the time, the rural community 50 miles from Los Angeles had a growing population of Latino residents, according to local news accounts, but Latinos were still the minority in the voting booth. Today, the city’s small school district serves a student body that is 91 percent Latino, and the assistant superintendent, Martha Hernandez, is turning to pre-K programs that use bilingual instructional models to make sure her district’s students are prepared as they move into the upper grades. This year the district opened six new bilingual pre-K programs.

“This is an investment that is going to reap large benefits for our preschoolers, especially our dual language learners,” Hernandez said at a gathering of educators and policy advocates in Sacramento last month.

California is home to the largest group of dual language learners (DLLs) in any state. Of the six million children in the state’s K-12 system, about 1.4 million are dual language learners, and nearly 60 percent of children under age five in the state live in a home where English is not their primary language. In November, California voters overturned the state’s long-standing English-only education law, opening the door for more programs that encourage bilingual education. And seeing these numbers, early learning advocates are pushing the state to better support the large population of young DLLs.

Leaders in the state are in the process of developing the California English Learner Roadmap. First 5 California has committed $20 million to improving culturally and linguistically responsive practice in early learning settings through their Dual Language Learner pilot. This coming school year, LA Unified, the biggest district in the state, will pilot dual-language immersion instruction in a group of pre-K classrooms.

But advocates say much more is needed, and that bilingual and bicultural programming in early childhood must become the norm, not the exception.

“California is in a unique position to lead here and build on the cultural and linguistic assets of our kids,” said Vickie Ramos Harris, the associate director of education policy at the Advancement Project, a multiracial civil rights organization in the state.

The Advancement Project California, along with Californians Together, a statewide coalition that advocates for English language learners, convened a group of advocates and researchers in May 2017 to brainstorm new solutions to help young dual language learners in the state. They also are pressing state leaders to focus more on this population in California’s state plan for the Every Student Succeeds Act (ESSA). How well the state pays attention to this population in policies that govern instructional practices, for example, educator preparation, or assessment, could likely help determine whether reform efforts in the state succeed or fail, advocates say.

Most recently, reforms have focused on the local control funding formula, which gives districts greater flexibility in how they spend their state funding. But advocates are pushing for the state to play a broader role in encouraging districts to use the flexibility of ESSA to allocate more money to early learning.

Laurie Olsen, director of the Sobrato Early Academic Language (SEAL) Pre-K-3 initiative at the Sobrato Family Foundation, said bridging the conversation between K-12 and early care and education is key to providing educational opportunities to all the DLL’s in the state. “We have to be more courageous about creating a linked policy conversation across those systems.”

At the May meeting, advocates discussed the importance of pushing the state to assert that learning begins at birth, strengthening the state’s data systems to better identify and track young dual language learners, expanding the bilingual teaching workforce in the state, and supporting students as they move from preschool to the primary grades.

“Preschool is here,” said Marlene Zepeda, professor emeritus of child and family studies at Cal State Los Angeles, “and we need to be a voice at the table in order to push the agenda and have equitable outcomes for our young DLL population.”

The six new pre-K sites in Fillmore Unified district, which used state dollars to open them, are using the SEAL model, which Olsen developed and which is now being implemented in 87 schools across the state. The model builds rich language and literacy skills, offers comprehensive teacher professional development, and an aligned birth through third grade approach.

For example, kindergarten students may have a farm unit in English and Spanish where they explore complex vocabulary like “crop” and “germinate” in both languages while also playing with pretend animals in the farm corner and growing their own plants in the research center—giving them plenty of opportunities to use their new vocabulary in context and in multiple languages.

“Language,” says Olsen,  “is how you learn. Language can’t be separated. It’s how we make meaning.”

One guiding principal of the model is that the development of children’s first language is a beneficial foundation for learning in school.

“I think about my parents, and how far we’ve come from the time when they were punished for speaking Spanish in school,” Ramos Harris said. “They had to talk to their friends out of earshot of their teachers. Today we are celebrating and embracing bilingualism.”

Filmore’s Assistant Superintendent Hernandez said the district is blending several funding sources to support the bilingual preschool program, and she has had to work hard within her district’s bureaucracy to get them to allocate some of the funding traditionally reserved for K-12 for pre-K. Hernandez said leaders in other districts could likely use technical assistance to learn to blend dollars to fund these programs.

Overturning California’s English only education laws as well as new research has, she says, helped to make the case. “Little by little,” she said. “We are finally breaking down those walls.”