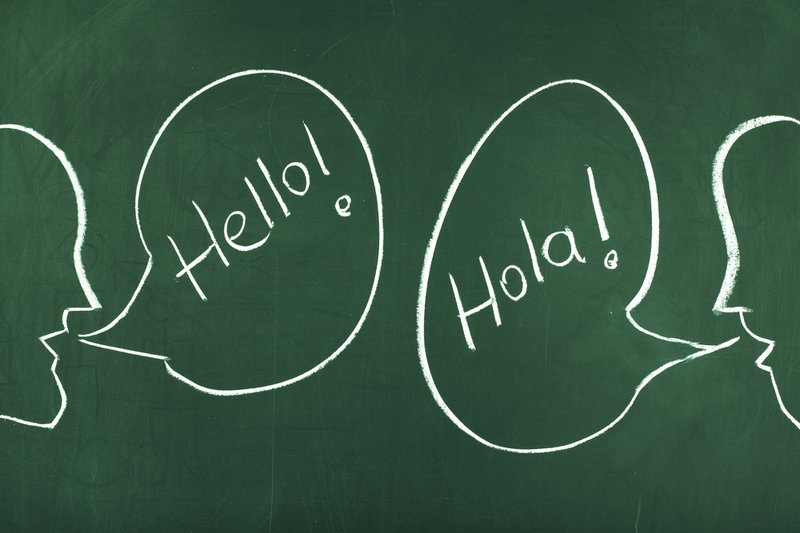 It’s a staggering statistic: more than 2.6 million public school students in California, or about 43 percent, speak a language other than English at home, and about half of those students are formally recognized by the state as English learners.

Yet despite research showing kids do best when taught in their own language, bilingual instruction is not widespread in California, in large part due to Proposition 227, which mandated that nearly all children in the public schools be taught in English. But the Multilingual Education Act, on the state ballot in November, would allow districts to develop bilingual and “dual immersion” programs.

Who would teach these new programs, however, remains a quandary. Despite a large bilingual population, California, like many states, lacks a teaching workforce that reflects the cultural and linguistic diversity of its student body.

Yet there are often adults on campus who are multilingual. In the U.S., one in five paraprofessional educators—sometimes called teaching assistants—speaks a language other than English at home, the same as the proportion of students. Often these para-educators, who are 70 percent female, have the skills and competencies to be effective teachers but lack certification or formal training. Cost and language barriers can dissuade many from pursuing degrees and becoming credentialed, experts say. Researchers from the University of California at Berkeley found limited racial, ethnic, and linguistic diversity among higher education faculty in the early childhood field, for example. Less than 15 percent of faculty surveyed in that study reported fluency in Spanish.

To eliminate some of the hurdles paraprofessionals face in becoming credentialed, a new state budget agreement includes funding for school districts and county education offices to support paraprofessionals.

New America’s brief, “Multilingual Paraprofessionals: An Untapped Resource for Supporting American Pluralism,” found that such policies help ensure a stronger future for students and the economy.

A report from the Learning Policy Institute found that low-income students of color and students with special needs are disproportionately affected by teacher shortages in the state. In a recent year, nearly twice as many students in high-minority schools than in low-minority schools were being taught by uncertified teachers, who were working on waivers or temporary permits. The think tank has projected that teacher shortages in California will increase unless there are big improvements in teacher recruitment and retention programs.

The new state program, called the California Classified School Employee Teacher Credentialing Program, would award competitive grants of up to $4,000 to pay for tuition and books for up to 1,000 classified employees each year. A similar program was in place in 1997, but was effectively discontinued in 2013 under the Local Control Funding Formula, the state’s new education finance structure, which gives greater flexibility to districts in how they spend their money.

Support for para-educators is sorely needed, said Frank Polito, director of communications for the California School Employees Association, which co-sponsored the legislation.

The legislation, however, does not specifically address multilingual staff—and 1,000 employees is a small slice of the paraprofessional workforce at California schools.

Other efforts throughout the state aim to build pathways to teaching positions specifically for multilingual paraprofessionals.

The Los Angeles Unified School District has a “career ladder” program for its special education paraprofessionals who want to become certified teachers. The district, in partnership with nearby colleges and universities, will expand its program to include 40 bilingual para-educators. The district will provide partial reimbursement for tuition and books, test preparation, and career guidance, and expects participants to take up to four years to complete the program. Once credentialed, participants will be qualified for a teaching position in one of LAUSD’s 88 multilingual programs.

In San Francisco Unified, district officials have continued their paraprofessional support programs under LCFF. Since it began in the 1990s, more than 200 paraprofessionals have become certified through the program, which provides partial tuition and textbook reimbursement, test fee coverage, and additional training sessions to those looking to pursue teacher certification. Participants must have an interest in teaching special education, math, science, or bilingual education, all areas of need for the district. Retention rates for graduates of the program who are hired within SFUSD are much higher than those of teachers hired from the general pool, said Debra Eslava-Burton, former coordinator of the program.

But advocates say to truly build a multilingual and multicultural workforce, the state needs to do more to create career pathways into the public school system for all of California’s educators.

For example, there are several community colleges in the state that currently provide early childhood education and training in Spanish and Mandarin. These programs are one way to open doors to increased training and career advancement for bilingual early education workers, which the state will need when it expands the new “transitional kindergarten” program in public schools.

“Too often, immigrant women who represent the language diversity of children in schools and early education programs are concentrated in lower-skilled and lower-paying positions,” said Lea Austin, specialist at University of California Berkeley’s Center for the Study of Child Care Employment.

Drawing on their skills and talents, Austin said, will help build a teaching force that can bolster bilingual education where it is desperately needed.