Home care workers are one of the backbones of our long-term care system but they aren’t compensated as such. The Build Back Better Act aims to change that. 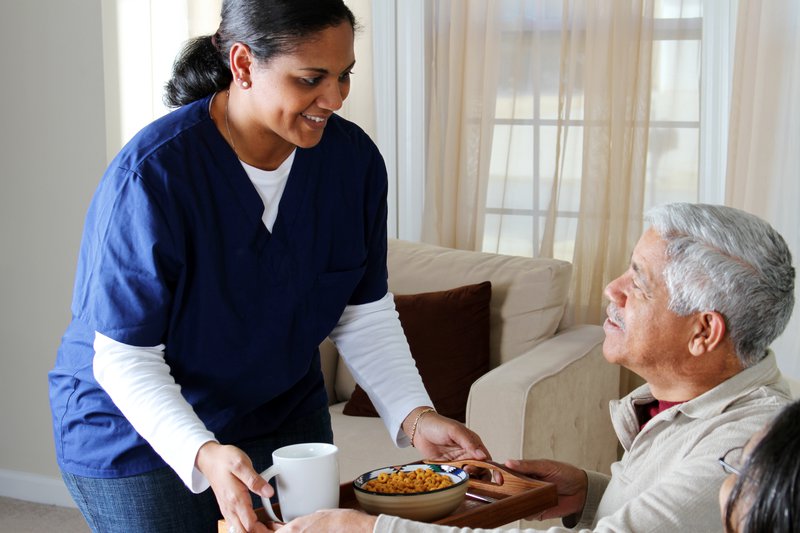 After several months of negotiations, today the U.S. House of Representatives passed the Build Back Better (BBB) Act, the Biden administration’s signature $1.75 trillion social infrastructure and climate change investment. In addition to addressing the prohibitively high cost of childcare and expanding access to pre-K, the BBB Act aims to address persistently low wages of home care workers, a majority of whom are women, people of color, and immigrants.

More than 8.6 million older adults and people with disabilities rely on home care workers —personal care aides, home health aides, as well as nursing assistants—to help with daily tasks in their homes. Given our rapidly aging population, home care is the fastest-growing occupation in the U.S., projected to add one million new jobs by 2029. Furthermore, with residents and staff at long-term care facilities accounting for more than 30 percent of COVID-19 deaths in the U.S., the ability to receive care within the relative safety of one’s home has taken on even greater importance. Despite the critical role of and high demand for home care workers, their compensation levels are abysmal. Nationally, the median hourly wage for home care workers is $12.98. Nearly half of all home care workers live in a low-income household, and one in six workers lives below the federal poverty line.

Some states have implemented policies aimed at securing improved job quality for home care workers, but in the absence of a federal minimum wage increase or national framework for improving the pay of home care workers, many struggle to make a living.

The BBB Act incentivizes states to make improvements to optional home and community based services (HCBS) under Medicaid, the primary source of long-term home care funding for the elderly and individuals with disabilities. Medicaid involves a federal-state funding partnership, and under the BBB Act, the federal government would permanently increase its share (the federal medical assistance percentage or FMAP) of Medicaid spending by six percentage points if a state develops an HCBS improvement plan that meets certain conditions. Specifically, a state must ensure "sufficient" payment rates for home and community services, which the secretary of the U.S. Department of Health and Human Services (HHS) would define via guidance or regulation. The legislation specifies that payment rates should support the recruitment and retention of direct care workers and specifically, "result in a proportionate increase to payments for direct care workers." These provisions in the BBB Act appear to be modeled after the Better Care Better Jobs Act introduced by Senators Casey and Wyden and Rep. Dingell and build on other prior efforts to improve care worker compensation.

The American Rescue Plan (ARP) Act, the COVID relief package signed into law in March of this year, authorized a one-year, 10 percent increase in the FMAP. To qualify for a portion of the estimated $12.7 billion in additional federal funds for HCBS, states must maintain their Medicaid expenditures levels as of April 2021 and use funding to improve the compensation and benefits of direct care workers and strengthen training and advancement opportunities. At least 33 states plan to use the ARP FMAP increase to increase provider rates or other forms of compensation such as hazard pay or bonuses. For example, California and Nevada are pushing through a one-time bonus ($500 and 15% of current pay, respectively) whereas New Jersey is increasing independent home care provider pay to $19 an hour and are using the increased federal match to cover this in part. Some states cited the temporary nature of ARP’s FMAP increase as the reason for only a one-time increase in home care worker pay, thus BBB’s permanent FMAP increase could have a more pronounced effect.

The FMAP increase isn't the only win for home care workers. The BBB includes a $1 billion grant program, to be administered by the U.S. Department of Labor, in coordination with HHS, to advance strategies for improving wages, including through training and registered apprenticeships and career pathways.

The time is right for the federal government to use the power of the purse to push for the improved compensation of essential home care workers. Yet the BBB Act faces a tough road to passage. The Senate is expected to make changes to the version of the bill that passed the House. And while the proposed FMAP increase for HBCS does not appear to be a point of contention between moderate and progressive Democrats, political infighting over paid leave and tax provisions could derail or significantly delay support for home care workers, their families, and the millions of individuals who depend on quality care. Stay tuned for updates on the BBB Act as the legislative process unfolds.