Boston Early Ed Conference Draws Participants From Across the Country

Hundreds of teachers, administrators, and policymakers attended to learn more about the work that has taken place in Boston over the past decade 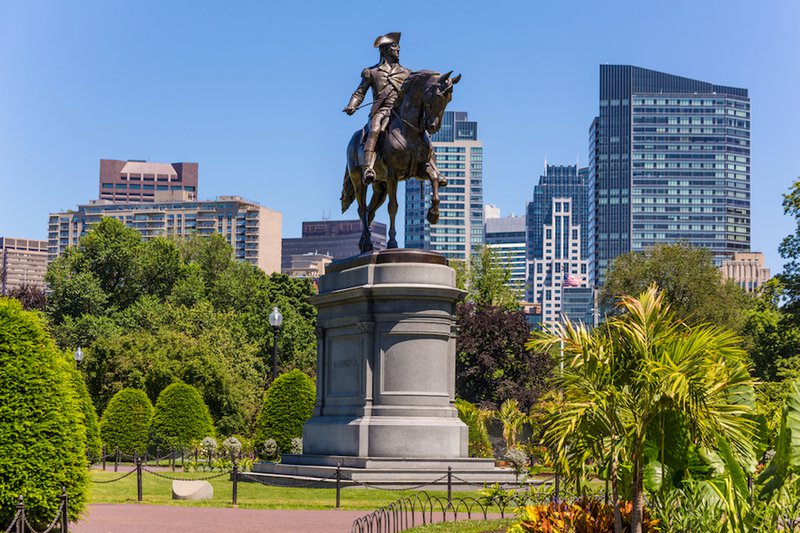 About two weeks ago I had the opportunity to attend the first annual Spring Conference presented by Boston Public School’s Department of Early Childhood (DEC). Over three days, hundreds of teachers, administrators, and policymakers filled the hallways of Simmons University to learn more about the work that has taken place in Boston over the past decade. Boston has not only expanded access to and improved the quality of pre-K, but has also worked to rethink kindergarten through second grade. (New America published a report last year that offers a thorough summary and analysis of this work).

The opening keynote was a standing-room-only affair in a large conference center on campus. While many of the attendees were Boston-area teachers and administrators, a quick glance at nametags revealed that participants traveled from all across the country in hopes of learning lessons from Boston that could be applied to their own programs. I talked with participants who made the trek to Boston from Colorado, Georgia, Washington, Mississippi, North Carolina, and Wisconsin. Brenda Casselius, the former Commissioner of Education for Minnesota and the newly named Superintendent of Boston Public Schools (BPS), welcomed the crowd and emphasized the importance of focusing not only on four-year-olds enrolled in pre-K but also on the critical first 1,000 days of a young child’s life. Casselius earned enthusiastic applause when she emphasized the importance of providing early education that is hands-on and play-based.

After the keynote, I had the chance to attend a session on research and data led by Jason Sachs, Executive Director of the BPS Department of Early Childhood, and Christina Weiland, a researcher at the University of Michigan. Weiland and Sachs explained the benefits of the research-practice partnership (RPP) that has existed for years between BPS and Weiland. RPPs are essentially long-term, ongoing research partnerships that help build two-way streets of engagement between research and practice. These partnerships are intentionally organized to investigate problems of practice that emerge and provide solutions that lead to better student outcomes.

Weiland explained that, as part of their RPP, she performs both formal, published academic studies of questions related to BPS and helps to answer more immediate questions posed by BPS staff, such as whether BPS elementary schools should pursue NAEYC accreditation as a means of improving instructional quality. A great example of a long-term academic study of BPS currently underway as a result of an RPP is the ExCEL P-3 project, a partnership between BPS, the University of Michigan, and the Harvard Graduate School of Education. The study will examine, among other things, whether gains in student skills by the end of pre-K are sustained through the end of third grade and the factors that best support lasting impacts of pre-K. While final results will not be available for several years, BPS staff members are already using initial findings to inform professional development and help set priorities for improvement. Throughout the session, Sachs emphasized the importance of ensuring an aligned curriculum all the way from pre-K through second grade so that poor instruction in the years that follow pre-K don’t erase gains made as a result of a high-quality pre-K program.

I also had the chance to learn more about the past, present, and future of early education in Boston by attending a session led by Jeri Robinson, a long-time advocate of early learning in Boston and a member of the Boston School Committee, and Rahn Dorsey, Boston’s first Chief of Education. This session was filled with out-of-state attendees interested in learning how to improve and expand their own pre-K programs. Robinson discussed Mayor Marty Walsh’s $15 million investment in his FY20 budget to help guarantee free pre-K for all Boston four-year-olds within five years. The money should allow for the creation of 750 pre-K seats in community-based organizations (CBOs) across the city. To secure funding, CBOs must employ early educators with a bachelor’s degree in early childhood education, pay their educators the same starting salary as BPS teachers, have their program accredited by a national accrediting body, and use the same curriculum as pre-K classrooms located within BPS. In order to assist CBO-based administrators and educators pursue degrees, the city is partnering with UMass Boston to offer low-cost, credit-bearing courses. Robinson and Dorsey also discussed the possibility of BPS expanding its pre-K programming to include more of the city’s three-year-old population. Currently, pre-K access in the city is mostly limited to four-year-olds and three-year-olds with special needs.

The fact that so many participants traveled from across the country to attend the conference is a testament to the fact that Boston continues to serve as a promising example of how to improve the quality of pre-K and the early elementary grades. Its efforts so far offer many lessons and takeaways for other school districts. We plan to continue following Boston as the city embarks on its next challenge of spreading high-quality pre-K to more CBOs across the city, and we’ll write about what we learn.