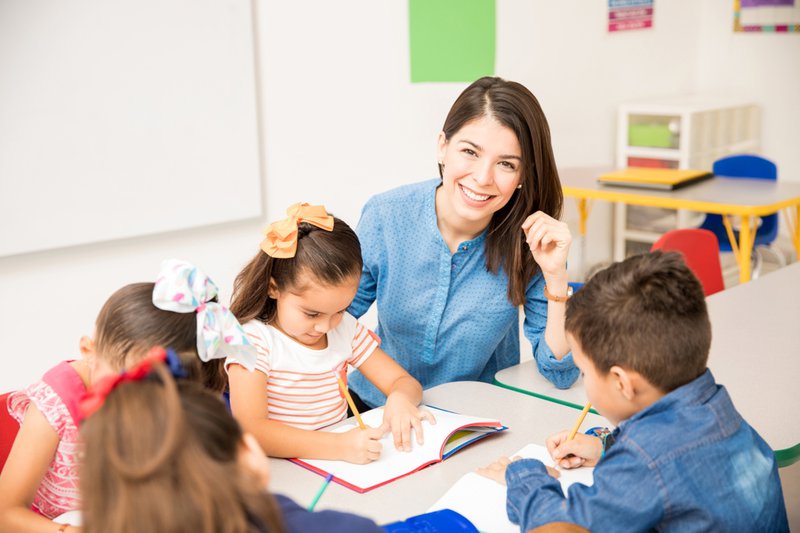 Early education leaders, such as elementary school principals, play a pivotal role in supporting young children’s growth and development. They act as instructional leaders, deciding which curriculum is taught, how student days are structured, and providing feedback on teacher instruction. They serve as a central point of communication for families, listening to parents’ concerns, connecting families to services they need, and functioning as a trustworthy messenger of new policies and programs being implemented by the state and district. Early education leaders are also the champions of the children they serve, acting as advocates, disciplinarians, and counselors, while ensuring that children are learning in a safe, caring school environment. Beyond the hundreds of relationships they cultivate each day, principals are responsible for organizational management, staffing, and governance over funds that are often inadequate.

Quality leadership in education is critical. Principals are one of the most important in-school factors in determining student outcomes, second only to teachers, who principals hire, train, and support. Highly-effective principals can increase student achievement by an additional two to seven months over the course of the school year, while ineffective principals can reduce academic gains by the same amount. Principals also play a pivotal role in teacher retention, as one in five educators cite dissatisfaction with administration among their top reasons for leaving the profession.

Elementary school principals supervise a distinctly important period of childhood development each day, yet they can feel woefully underprepared to lead pre-K teachers, and in turn their pre-K students and families. A 2015 survey of elementary and middle school principals found that the majority of respondents had a pre-K program at their school, yet only one in five principals felt well-trained in developmentally appropriate practices and instructional methods for young children.

Part of this lack of confidence in early education may derive from a lack of meaningful clinical field experiences, which are vital for strong principal preparation. As highlighted in A Tale of Two Pre-K Leaders, only 10 states reported that they require elementary principals to have clinical placements in elementary schools, let alone the early grades. Additionally, though most principals earn strikingly broad preK-12 licenses, only nine states reported that they explicitly provide coursework in early childhood learning and development. Thirty-six states and the District of Columbia reportedly do not.

Involving multiple internal and external stakeholders in decision-making fosters communication, creates opportunities for active involvement, and may help school leaders to identify new sources of revenue and support. The techniques prospective principals would learn under this bill could greatly help with collaboration between local early education programs and the public school system, ideally leading to greater alignment from birth through third grade, and easier transitions as children move from early education settings to pre-k and kindergarten classrooms in schools.

The Creating Early Childhood Leaders Act would also change the current expectation that school leaders “understand how students learn and develop in order to increase academic achievement for all students,” to instead require leaders to “understand child development, social and emotional development, and effective instructional leadership skills for children from birth through age 8, in order to effectively manage and support developmentally appropriate early childhood education programs.” As principals more fully understand the trajectory of children’s cognitive, social-emotional, and physical development, they will be able to provide appropriate guidance and support to strengthen teaching and learning in their early education programs and through the elementary grades.

Currently, 27 programs in the state offer educational leadership programs that lead to principal licensure. One model is the University of Illinois at Chicago’s (UIC) Urban Education Leadership program, which began incorporating early education in 2009. With the help of early childhood education experts, early education was woven into many of UIC’s core subjects. All faculty are expected to include early childhood in their courses, unless they can defend its lack of relevance to the topic being taught. However, as my colleague Abbie Lieberman’s report on the Illinois reform showed, there is wide variation in implementation, with some of the institutions that prepare the most principals requiring the least exposure to early childhood education.

As publicly-funded pre-K programs are becoming more common in elementary schools, principals are increasingly expected to supervise and guide pre-K teachers and students. Pre-K programs need to be high-quality for children to make strong academic and social gains, and followed by high-quality instruction in subsequent elementary grades to improve the chances of those benefits being sustained. If the full potential of early education is to be realized, principals must be prepared to lead young learners from pre-K through elementary school. The Creating Early Childhood Leaders Act is one piece of legislation that could help achieve this goal.