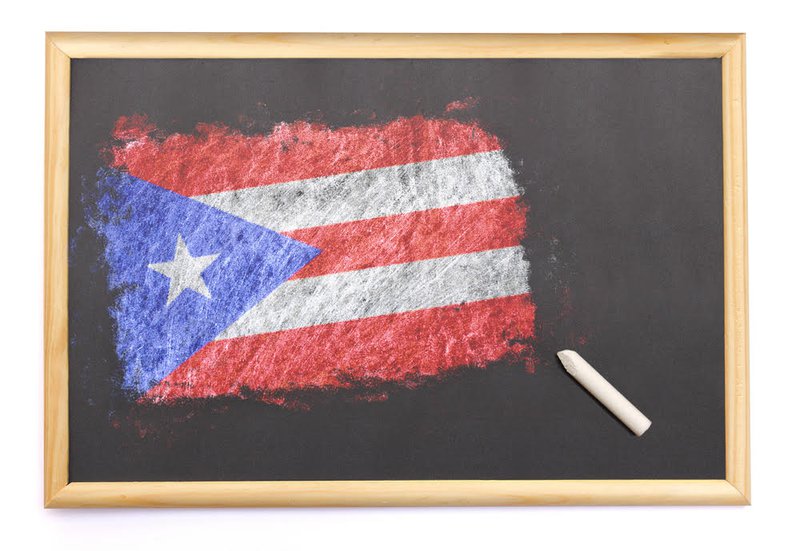 Dr. Kevin S. Carroll is Associate Professor in the Department of Graduate Studies at the University of Puerto Rico, Río Piedras where he coordinates the graduate programs related to teaching English as a second language. Dr. Carroll has been a member of Puerto Rico Teachers of English to Speakers of Other Languages (PRTESOL) organization since 2004 and is known around the island and internationally for his over 20 peer reviewed articles related to language policy, translanguaging and bilingual education in K-16 contexts. In 2018, Dr. Carroll led a team of researchers to complete a program evaluation of the 17 bilingual and language schools overseen by the Puerto Rico Department of Education (PRDE).

At this year’s National Association of Bilingual Education (NABE) Dual Language Symposium in Puerto Rico, I spoke with Dr. Carroll to learn about bilingual education on the island. The Puerto Rico Department of Education (PRDE) oversees over 900 public elementary and secondary schools. Both Spanish and English are the official languages of Puerto Rico, but Spanish is the dominant language.

*This interview has been condensed and edited for clarity.

What are the major education challenges in Puerto Rico?

I think it's important to understand that teachers in the States have major issues, but teachers in Puerto Rico have even larger issues. So, for instance, while pay increases and safety in schools are common concerns that teachers in the States and on the island have, most schools in the States have substitute teacher programs and funding to purchase textbooks for each student, both aspects that the PRDE lacks. That is to say, when a teacher is sick or when a teacher goes on maternity leave, there is no official substitute teacher program that will pay to cover those teachers’ classes. Therefore, colleagues and peers are forced to cover the courses of the absent teacher, which sometimes happens and sometimes does not. Lack of technology and school infrastructure are also themes that make PRDE schools stand apart from the majority of public schools in the States. Technology tools, such as ELMOs and Smartboards and even a complete set of textbooks for all students are things that most Puerto Rican teachers can only dream of.

Tell me about the bilingual schools in Puerto Rico.

Bilingual education on the island is common, but mostly in the private sector. Private schools serve mostly middle class and elite families, which make up only about 20 percent of the population; the other 80 percent send their kids to public schools.

These private schools vary greatly in their bilingual education offerings. They provide very different Spanish/English curricula, largely depending on their mission, their teaching personnel, and the students enrolled in their school. The common models are 50/50 and 90/10 English/Spanish. One thing that is important to remember is that in Puerto Rico the vast majority of residents speak Spanish as their first language and, as a result, one-way dual language programs are all that are offered. In other words, two-way dual language programs are not offered because, for the most part, Puerto Rico lacks a sizeable, concentrated population that speaks a language other than Spanish which would allow for a successful two-way model.

I had the pleasure of doing a program evaluation of these schools at the end of the 2017-2018 school year with Dr. Aníbal Muñoz Claudio, who is an associate professor at UPR Humacao and who recently served as the director of the English and Bilingual Education Programs for PRDE.

In our evaluation, we found that bilingual public schools receive minimal oversight from PRDE. They lack expectations, especially in curricular direction and requirements for standardized exams in English. PRDE has a lack of qualified personnel to teach in bilingual schools. And many regions do not have bilingual course offerings at the secondary level. Not having [continuity between] elementary and secondary schools leaves students and teachers alike questioning the utility of developing bilingual skills in the early grades if they are just going to be neglected after students finish primary school.

At the institutional classroom level, we really need to be revisiting the language policies of our institutions, questioning and pushing back on strict boundaries. We need to rethink how we use language in our classrooms and schools and we need to foster collaboration between language and content teachers.

Tell me about bilingual teacher preparation in Puerto Rico.

In terms of bilingual teacher preparation, we want to build programs that foster advanced biliteracy, meaning that we really need [teachers] who can read and write at high levels in Spanish and English.

We want to really harness and build on the linguistic resources of our students. Therefore, translanguaging needs to be modeled in teacher preparation programs. Unfortunately, we can't just expect that because in multilingual communities translanguaging happens naturally, that teachers who have grown up in relatively bilingual environments themselves know how to strategically translanguage. This is because though many teachers have great multilingual repertoires, their own formal education has been largely monolingual. Therefore, we need to really work with teachers to get them to understand that formal education can be more multilingual than they themselves experienced.

What are your recommendations to help create and maintain successful bilingual schools in Puerto Rico?

In Puerto Rico there are bilingual schools (e.g., schools focused on bilingualism and biliteracy) or language schools (e.g., schools that teach foreign languages but do not have the goal of bilingualism and biliteracy). However, there is not a policy that clearly and concisely describes what it means to be a bilingual school versus a language school. Having a clear policy on what a bilingual school is and what its goals should be would allow schools and teachers to work toward a similar goal. Such a policy would also inform decisions about textbooks and hiring of teachers. Furthermore, a clearly articulated policy could potentially lead to creating a curriculum that is the same across the different bilingual schools on the island. The creation of curricula or high quality textbooks and materials for teachers and students in bilingual programs is a very important issue that needs to be addressed by PRDE as well as local stakeholders.

In addition, instructional coaches and regional supervisors need to be knowledgeable of the latest trends in bilingual education, such as translanguaging practices, which challenge the strict separation of languages in bilingual classrooms. This is extremely important because everyone needs to be on the same page regarding how language(s) are going to be used in the classroom. Coaches and administrators need to be able to identify when a teacher is using Spanish strategically in an English medium classroom or when they are just using Spanish too much.

Support for bilingual public schools comes from the general public school fund. Private schools all run their own curriculum, which is based on the individual school’s mission and approach to education. There is very little overlap or collaboration between the public and private educational sectors in Puerto Rico.

One of the most important things that is needed to improve public education on the island is to get more middle class families to enroll their kids in public schools. At the moment, the education system in Puerto Rico is so stratified that it is difficult to envision a policy change that would quickly work to reverse it. Those who champion charter schools and vouchers argue that such policies will work toward this goal. I am skeptical that it will have the impact that they are hoping for. My suggestion to make public schools more attractive would be to create more bilingual schools that prepare students well. Ideally, this initiative would start small and slowly gain popularity. Unfortunately, in Puerto Rico, politicians never like projects that are slow or low impact, but stemming the tide of educational stratification will take multiple decades so it is best to start sooner rather than later.

Many bilingual teachers are being recruited from Puerto Rico to work in dual language programs in the US. What are your thoughts on this trend?

I think that bilingual teachers need to do what is best for themselves and for their family. Obviously, we would love to see our best and brightest bilingual teachers stay on the island, but given the current political and economic climate, I can’t fault anyone for leaving. It is my hope that at some point in the near future, those who have left will return and share all of the things that they learned while living abroad and work to positively impact the island.